Interview with Crypto Michael: Which Crypto to Trade With And How Much Bitcoin Will Cost in 2020

Rimma Trukhina
Crypto trader Michael van de Poppe shared with U.Today his own trading experience, biggest mistakes, and told us why you should listen to your mothers 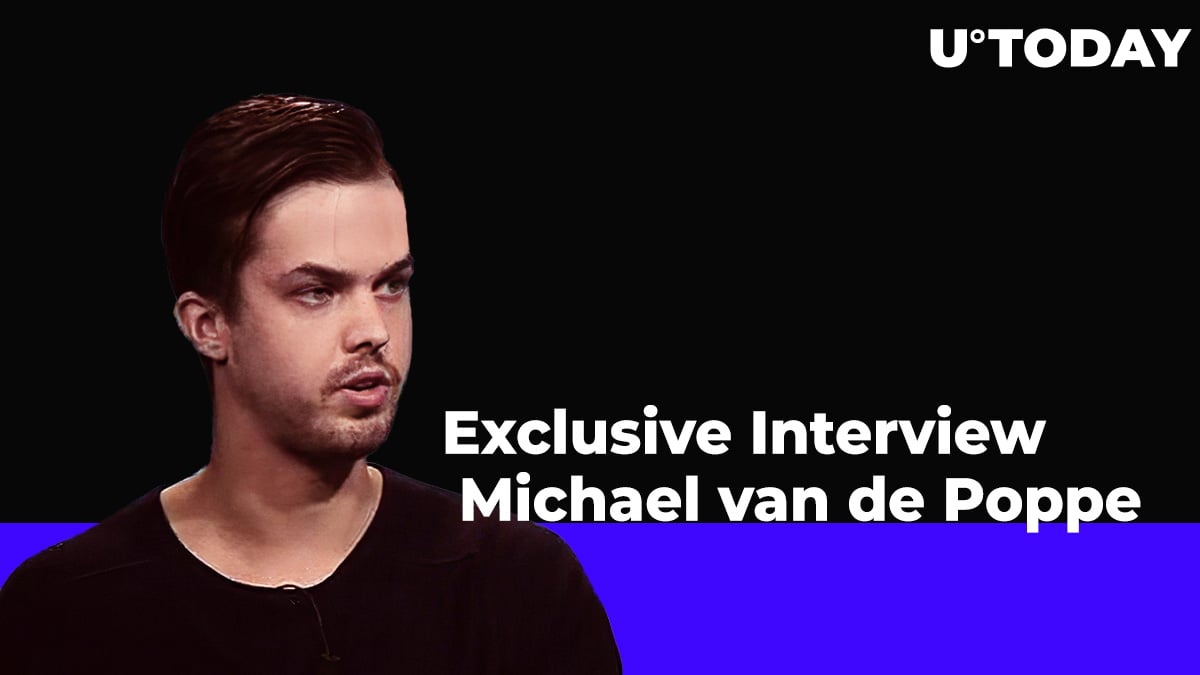 Which cryptocurrencies should you choose for your trading portfolio? What is the difference between the stock market and the crypto market? How can you avoid mistakes if you are an absolute beginner at trading? Crypto trader Michael van de Poppe, also known as Crypto Michael on Twitter, shared with U.Today his own experience with trading, his biggest mistakes, and why you should listen to your mothers.

Michael van de Poppe: I basically started trading crypto at the beginning of 2017, so I was pretty late to the party. Doing TA and trading and stuff, I started by the end of 2017. So, not that long actually. I started my Twitter account also in 2017.

U.Today: You make lots of price predictions on your Twitter account. Do you, yourself, invest in all of those cryptocurrencies? What are your favorite ones?

Michael van de Poppe: I do not invest in all of them. Though, I do trade most of them. Like, investing is a different process, in which I would rather have a window of several years. With trading, I just take the approach mostly at that week. Sometimes I'm tweeting 20 charts a day and you can't trade them all. The majority of trades that I'm taking I also post on Twitter.

U.Today: What are your favorite ones?

Michael van de Poppe: It used to be the IEOs, but right now it's just the majors. So Bitcoin, LINK, Tezos are pretty much my favorites right now because they show very decent price action, and there's volume and strength along the market. So, I'd rather just focus on them then going downwards trading altcoins.

U.Today: Can you please give us a full list of your favorite altcoins?

Michael van de Poppe: Right now, my favorite coins I’m trading are Tezos, Chainlink, Bitcoin itself, Ethereum, a bit of Ripple and the interoperability coins - ICON,  Wanchain, NEO - they have been making some interesting moves lately. These are the altcoins that I'm mainly focusing on right now as they show quality and strength.

U.Today: As far as I know, you also trade stocks. Is that true? Has that helped you with crypto? Can you tell us about that experience?

Michael van de Poppe: It's a pretty similar game if you want to trade stocks alone. So, the same price action goes up there as well. However, it is a way bigger ballgame in which volatility is just way lower than in crypto. There are some different variables as well.

But right now we can see the Coronavirus is just getting in, so you will experience movements you see along the market: Bitcoin is dropping down, stocks are dropping down, commodities are dropping down and I mainly focus on stocks and commodities to just transfer my wealth between the markets and time the markets well and see which correlations are there. But if you want to trade stocks on just price action, like Tesla, they provide the same stuff as crypto, only less volatile.

U.Today: You mentioned Coronavirus. I know nothing about how it can influence the price of cryptocurrencies or other currencies or commodities. Can you please explain that?

Michael van de Poppe: Well, I've been thinking about people saying Bitcoin should be a safe haven. However, when there is some real trouble in the market - the main example we've seen is 2008 with the credit crisis - every asset goes down. So, if you go back in history, you see that during these economic downturns, the safe havens, gold and silver, also dropped down to 30-40% in the same year. Why is that? It’s because people are in fear, they don't know what's going on. And what they do is they just sell their assets to have more cash, which is reasonable because right now everything is on lockdown in Asia, China, which means that these people don't know if they can keep their job. They don't know if they will have money left next month. So they just sell the assets. That's also what you see on the OTC market, you see people selling their assets out of fear. That's putting downward pressure on the markets. And it's pretty common. That doesn't say whether Bitcoin is a safe haven or whatever. It's just a short impact on the markets.

U.Today: Interesting. Now I have a tricky question for you. What’s the biggest mistake you’ve ever made trading?

Michael van de Poppe: I guess there are two. When I started, I bought Digibyte during the summer of 2017 and then it went down like 20x, 30x. I didn't sell. I just kept it all the way down. It was my first big life lesson. So I didn't make any profit on it. Well, my mom said that I should have sold. I can remember that. I will never forget.

And the other one is that I had Surge at the end of 2017. I bought it at like 50 satoshis, sold it for 150 satoshis thinking it was a great profit and then it moved towards 2,000 satoshis.

So, these were the two biggest mistakes, I guess, because I didn't really understand anything about the timing of the markets back then.

U.Today: What advice can you give to newbies so they can avoid these mistakes?

Michael van de Poppe: I advise newbies to just take it really slow trading. Trading is a marathon, it’s not a sprint. So I just advise them to not use leverage at all. Just begin with paper trading, with slow, small trading with not all of your capital. Just understand what you're doing, make an approach, make a strategy and don't get attached to all the people who say leverage is the way to go and make millions. Just take it slow. It's a very volatile market. You can lose your money within a few weeks. The only reason you would use leverage is just to get back sooner.

U.Today: What are the most interesting projects you can single out on the market?

Michael van de Poppe: Fundamentally? I used to be a big fan of Komodo. I still believe that's a really decent project. However, I just bet on altcoins right now. I'm a big fan of Chainlink and Tezos and also pretty much a Bitcoin maximalist until altcoins prove themselves. The reason is quite simple: it is that everything is pretty heavily correlated with each other.

So, if you want to invest in altcoins, when Bitcoin goes up then altcoins are the way to go, but if Bitcoin switches it doesn't really matter which altcoins you have - you will only lose money. So, investing in altcoins is for me still a slow approach and I'm not ready to deal too much in it until I see that the correlation just drops.

U.Today: Let’s make some predictions. When will the next Bitcoin all-time-high be?

Michael van de Poppe: I guess it's going to be next year. I don't think we will see an All-Time High this year. However, it could be close if we bounce back up here and get some FOMO. But I doubt it. Maybe, if we get some big market structured thing that happens in the equity market that starts to spike like hyperinflation or whatever. But unless that happens, I think it's going to be next year.

And how much will Bitcoin cost at the end of this year?

U.Today: Okay. Michael. Thank you so much! It was interesting.

Michael van de Poppe: Thank you for having me.