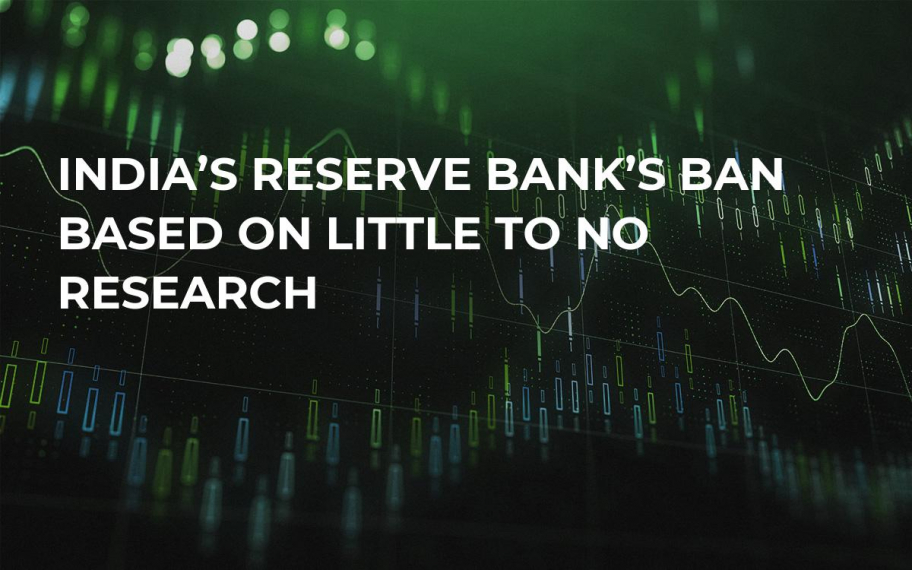 India’s stance on Bitcoin has caused much controversy as the Reserve Bank (RBI) has decided to implement a harsh rule essentially banning any use of cryptocurrency for entities using the countries banking system.

This decision, it has emerged, is based on little research and appears to be a decision made in haste and with little forethought. The RBI specifically mentions that it conducted no research or consultation before the implementation of restriction.

No research, no committee

The decision made by the RBI in April caused a lot of ire within the country, and with external investors, as even the likes of legendary Venture Capitalist Tim Draper called it a mistake.

It has also led to many groups petitioning and calling for answers from the banks, and the latest application has revealed some startling discoveries.

In a response to the application filed by a startup consultant, Varun Sethi, the RBI said it does not have an internal committee that looks into digital currencies. However, the RBI is part of two different committees that have been constituted under the Ministry of Finance to study virtual currencies in India.

The RBI responded by saying “No” to questions related to formation of a committee within the regulator to understand the working of digital currencies.

The interested parties affected by this ban in India are still fighting to have the decision overturned, and now, with the news that there is little evidence to support the RBI’s decision, it has further pushed those affected to take the fight further.

Exchanges have been approaching the Supreme Court against the regulator’s move. The lack of proper stakeholder consultation and the absence of reasonable grounds to restrict any business are the primary provisions under which the RBI notice is challenged in the court.

“This RBI response has cemented our case ahead of the hearing in Supreme Court. The grounds on which our writ petition has been filed is that the RBI has not done enough research to ban a business completely,” said Rashmi Deshpande, associate partner at Khaitan & Co.