If Venezuela and Iran Can, Why Aren’t More Countries Creating Cryptocurrencies?

Darryn Pollock
A few countries have looked to form their own cryptocurrencies to fight off things like inflation and sanctions, but why aren’t they all considering it? 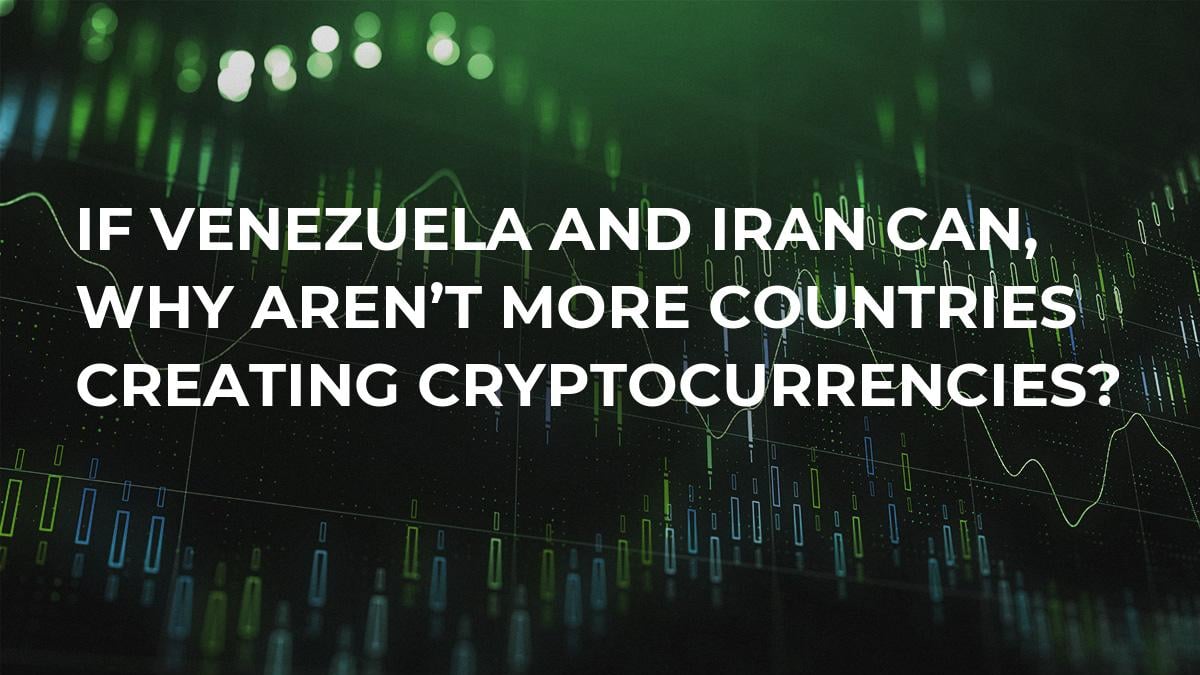 Cryptocurrencies have met a quandary where they stand currently, they have emerged from the dark web and been embraced and understood by mainstream society, yet their adoption is still slow.

Regulation, misunderstanding and a labored sentiment has stopped the spread of cryptocurrencies to ordinary citizens as they remain the playthings for enthusiasts and investors.

However, Blockchain, the underlying technology, is being roundly praised with all sorts of institutionalized and traditional sectors exploring its uses. Governments have not been shy to try and incorporate Blockchain, but they are still skeptical of cryptocurrency.

However, some countries are looking at Blockchain, and cryptocurrencies, as a way to defeat certain ends- creating their own government-back coins- this is happening in Venezuela, as well as soon to be in Iran. The reasons are to fight hyperinflation in the South American country and to avoid sanctions in the Middle East.

However, the use of cryptocurrencies can aid countries even where there are no direct financial or economic issues, so why are more countries not using them?

The Petro in Venezuela has been met with a lot of cynicism for its use to firstly avoid sanctions from the US, but also because people have noted that it could be used as a tool by Nicolas Maduro to inflate his pockets in a time where the Bolivar is inflated beyond use.

In response to more US sanctions, Iran has started preparing its Rial-backed cryptocurrency. However, instead of being decentralized in the normal sense. It is issued in compliance with a mathematical formula, but Iran’s digital Rial is released based on the decision of their central bank. That said, Iranian digital currency cannot be mined, and its transaction records can only be accessed on a private Blockchain.

Still, if rolled out correctly, and made available openly and fairly to its people, the digital Rial could not only help avoid sanctions but could leapfrog the Middle Eastern country forward as its citizens fully enter the digital currency revolution, despite the government being in control.

Dashing into the struggling countries

Venezuela may have the Petro, but it also has skepticism from its people. Thus, digital currency Dash is working hard in establishing itself in the South American country, as well as in Zimbabwe, another country with economic issues.

However, the issue with implementing decentralized coins that are well known in countries with an established government is that they will not be open to having no control or sanction over a major financial aspect of their economy.

It would be interesting to see what countries with stable economies think of the benefits of a digital currency, even if it is a government-issued one. Many will feel that there is no point in a government-backed crypto, saying it is not a true cryptocurrency, but it does offer many benefits.

Not only are the benefits open for their citizens, it would take away the privatization of a lot of companies like Visa and Mastercard, and allow the government a new revenue stream on which to tax, while still aiding things like cross-border payments.