What Can You Buy With Bitcoin?

George Shnurenko
Have an extra BTC? Check out a list of 15 proven ways to spend your Bitcoins in the real world. 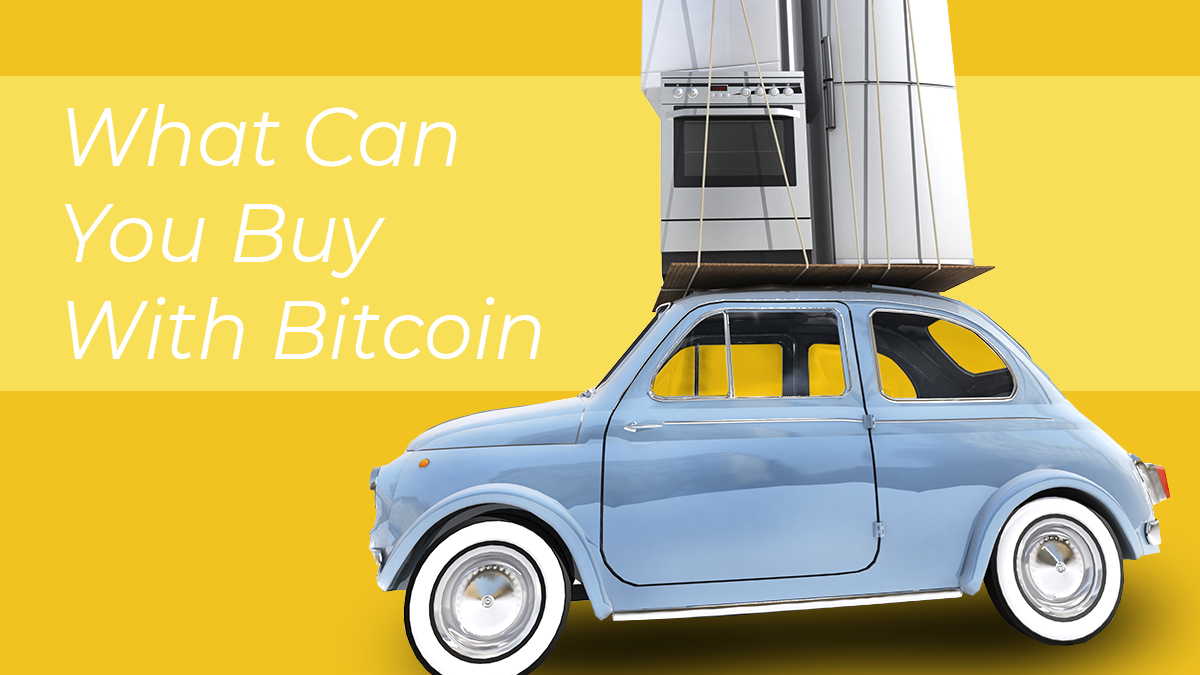 Recently, Bitcoin has emerged as one of the best investment options for the ardent investors who buy the cryptocurrency in a bid to make a profit by capitalizing on the value of fluctuations. Besides, many consider it a cool new way of spending money.

With increasing acceptance of Bitcoin, there are a lot of places where your Bitcoins can be spent effectively. So, wondering what can you buy with Bitcoin? Let’s take a look at everything that can be purchased with your cryptocurrency.

1. Pay for hotels and flights

Some major online platforms are used widely for booking hotel stays and flights today, and many accept Bitcoins to pay for your bookings. On top of the list are:

So, if you are looking for answers to what can I buy with Bitcoin, here’s where you can start.

You can buy and download games, movies and different app-based services at Microsoft’s app stores using your Bitcoins. The tech giant is accepting Bitcoin payments since 2014 when it first allowed Bitcoin payments for online app and game purchases on Xbox and Windows online stores. Even though Bitcoin can’t help you buy everything on offer from Microsoft, it can still be used to buy from the company.

Whether you want a special gift for someone very close to you or looking to buy stuff for furnishing your new home, Overstock is probably the biggest retailer where you can buy everything you need with Bitcoin. So, just don’t ask what can you buy with Bitcoins 2015 at Overstock and go for anything you need as the company started accepting Bitcoin in 2014.

Bitcoin can also be used for purchasing gold at online stores like JM Bullion, APMEX and Sharps Pixley as they all exchange Bitcoin for bullion.

When Bitcoin was first used to make purchases, pizza was bought with the first transaction. So, if you’re a pizza lover, you can still buy your favorite flavor at Pizzaforcoins. The third party intermediary has been accepting Bitcoin since 2013 and still allows you to savor some cheesy delight from your desired vendors.

6. Buy a computer with Bitcoin

Dell was the first brand to start accepting Bitcoin at its online store back in 2014. At that time it was the biggest computer manufacturer that answered the question of what can you buy with Bitcoins. However, it’s not just Dell computers that you can buy with Bitcoins today. In fact, you can browse to Newegg where you can buy just about any computer while paying for it in BTC.

For quite some time, small businesses, such as coffee shops, used to accept payments in Bitcoins. And even today, with Bitcoin fees going as high as ever, there are some small businesses accept payments in Bitcoin as their owners use the cryptocurrency personally. Similarly, different Internet-based service providers, such as premium online groups, can accept Bitcoin payments.

If gambling is allowed in your state or country, it’s quite possible that you come across websites that allow you to gamble with Bitcoin. Here we have a list of gambling sites and casinos that accept Bitcoin for deposits, bets and even for withdrawals.

10. Pay for legal and accounting matters

You can also handle your legal and accounting matters with Bitcoin. There are some accounting and legal firms that accept Bitcoin payments against their services. You don’t just get the best assistance from them but also have the convenience to pay with your preferred payment method.

If you find yourself happy by donating to some charities, you can do so with Bitcoin as well. Several crowdfunding and charity websites accept donations in Bitcoin. Some popular names include:

12. Pay at the universities

Yes, you can get yourself enrolled at some of the best public and private universities and pay your fees in Bitcoin. So, get some quality education and pay for it with your preferred payment option i.e. the Bitcoin or cryptocurrency.

Yes, buying luxury homes has become easier than ever with some amazing properties on show at Bitcoin Real Estate website. A hot favorite these days is an eight-bed, six-living room and seven-bath unit in Australia valued at $3.5 mln equivalent in Bitcoin.

If you have an undeniable love for classic and luxury cars, you can use your Bitcoin for making purchases as well. Browse to BitPremier.com and you have lots of Bentleys, Ferraris and even Hennessey Venom GT on sale. Make your pick and pay with Bitcoin.

eGifter.com is a place where you can buy gift cards. In the list of brands more than 250 well-known names. Thus, you can pay yo buy products of companies, that don’t directly accept cryptocurrencies.

You can pay with the most popular cryptocurrencies: Bitcoin, Litecoin and Ethereum. Among the brands, you can find such famous names as iTunes, Best Buy, Dunkin Donuts, Uber, Macy's, Lowe's and Target.

So, what can you actually buy with Bitcoin depends on what actually you’re up to? There are quite a few avenues where you can pay with Bitcoin as well as other different cryptocurrencies. And, with the growing popularity of cryptocurrencies, it won’t be long before bitcoin becomes one of the most popular payment methods around. Merchants have already started accepting the idea to get paid in Bitcoin. Nevertheless, it will take a bit of time and the process will continue gradually. Even though BTC isn’t the best alternative to cash right now but when you’ll ask what can you buy with one Bitcoin, a lot of options will come in front of you and you won’t be considered an alien asking such a question. It’s just the beginning and a lot more will be coming through for sure.