David Dinkins
Circle is partially owned by Goldman Sachs and has an unusually friendly relationship with regulators. 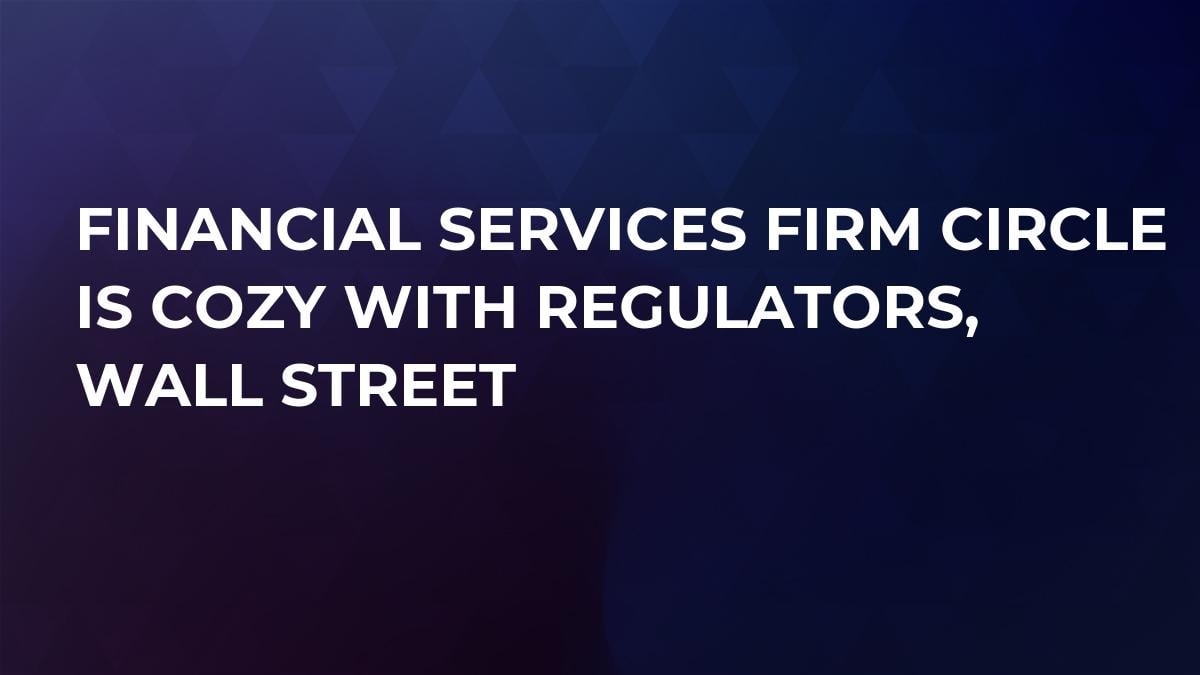 Circle, the financial services company that is buying altcoin exchange Poloniex for $400 mln, has an unusually friendly relationship with Wall Street bankers and financial regulators. This coziness has raised a number of eyebrows in the notoriously anti-establishment digital currency space.

Cryptocurrency enthusiasts have a complicated relationship with Wall Street, who they generally eye with skepticism. On one hand, bankers represent everything that is wrong with the existing fiat-based financial system, as exemplified by the excesses of the housing bubble and the subsequent bail-outs. On the other hand, it’s hard to deny that Wall Street’s interest in digital currencies has helped to raise cryptocurrency’s profile – and price.

The inventor of Bitcoin himself, Satoshi Nakamoto, encoded a not-so-subtle swipe at bankers in Bitcoin’s genesis block:

If Wall Street is in many ways the enemy of crypto enthusiasts, then Goldman Sachs is nothing less than the devil himself. The white-shoe investment bank is notorious for its connections with the US government, which critics call a veritable revolving door. In fact, some have taken to calling the bank “Government Sachs.”

The current treasury secretary, Steve Mnuchin, is a former Goldman exec, as are past treasury secretaries Hank Paulson and Robert Rubin. Countless lower-level government officials are alums of Goldman or have close ties to the bank. One former CEO of Goldman Sachs, Jon Corzine, resigned to become a US senator and later governor of New Jersey.

Goldman Sachs also has its fingers in the crypto pie, with enough investments in the sector to warrant a warning in its annual disclosure to the SEC. The bank warned that its connections to businesses in the cryptocurrency space constitutes a possible risk to shareholders. Guess who Goldman owns a significant stake in? Circle.

Circle also has a reputation of being cozy with regulators. In an era where the CEO of Apple is willing to defy federal courts to protect users’ privacy, or where the crypto exchange Coinbase has taken the IRS to court and won a partial victory, Circle’s friendliness with regulators is a bridge too far from many enthusiasts. When asked at a conference if Circle would comply with a federal subpoena asking for users’ information, CEO Jeremy Allaire said “Hell yeah, of course!”

Today, news broke of an agreement between Circle and the SEC over the acquisition of Poloniex. According to a leaked slide from a confidential Circle presentation, the SEC went so far as to promise absolution for any of Poloniex’s regulatory violations if Circle agreed to take them over and put the exchange on the straight-and-narrow.

While such a closeness with bankers and regulators may make crypto-anarchists unhappy, it could very well propel Circle to greater success. Sometimes the path of least resistance is compliance, and whether the community likes it or not, Circle has apparently decided to go that route.