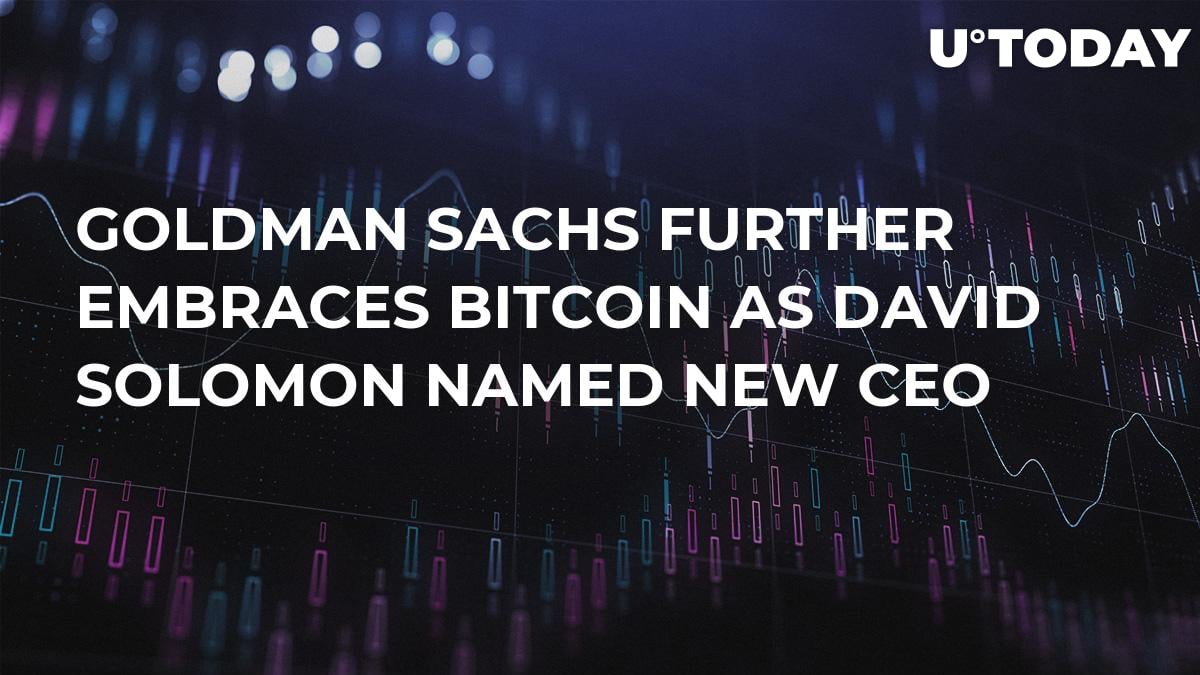 Goldman Sachs stirs up some buzz in the crypto world by confirming an appointment of a new CEO David Solomon. Unlike the majority of prominent figures in New York’s financial ecosystem, David Solomon is famous for his pro-crypto stance. He is expected to replace the incumbent chief executive Lloyd Blankfein in October.

In the recently published Bloomberg interview, Solomon emphasizes the importance of adaptation to the current market needs. Goldman Sachs already features some derivatives that can be traded against Bitcoin in the nearest future and may it in the list of digital assets due to a high demand. Moreover, the bank will start using its own funds to trade to trade BTC on behalf of clients in a couple of weeks.

Solomon doesn’t describe himself as a Bitcoin enthusiast, and numerous implications of the upcoming big transition should be carefully considered. However, he does acknowledge that Bitcoin is not just another ‘Ponzi scheme.’

Goldman Sachs is a multinational investment bank that offers different kinds of loans, issues credit cards and opens savings accounts. While not being particularly Bitcoin-friendly, Goldman Sachs has never shown an aggressive attitude towards this cryptocurrency under its soon-to-be former CEO Blankfein. He didn’t rule out the possibility of crypto mass adoption. In sharp contrast to this, another Wall Street giant J.P. Morgan famously blasted Bitcoin as ‘fraud.’

It is worth mentioning that Goldman Sachs isn’t the only big shark that expressed interest in crypto. BlackRock has also made headlines following its tentative exploration of Bitcoin and upcoming investments. Many experts predict that this is the start of another Bitcoin bull run.