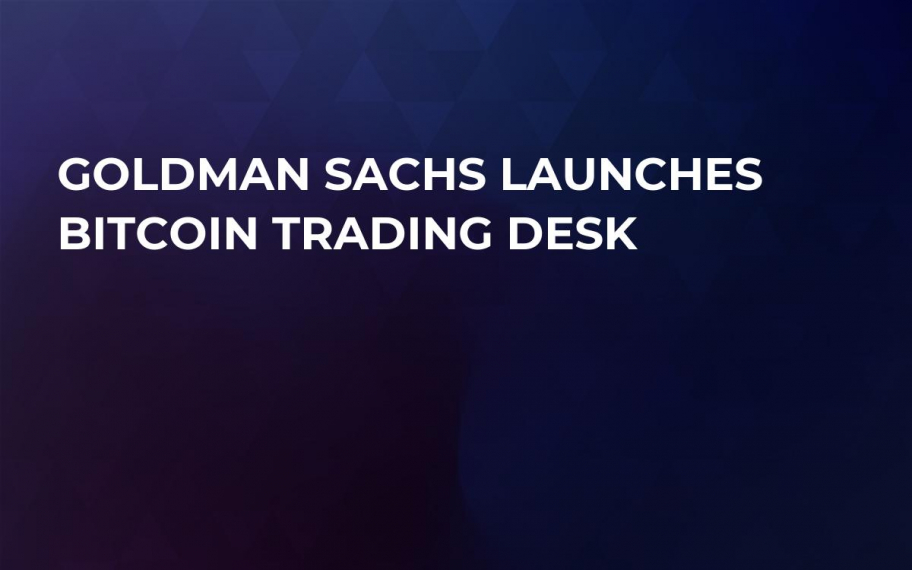 Goldman Sachs told the NY Times that it plans to launch a Bitcoin trading desk on Wednesday. The landmark move sends a strong signal that Bitcoin and other cryptocurrencies are starting to gain acceptance as mainstream asset classes.

The firm is planning to use its own funds to sponsor a variety of investment contracts tied to the Bitcoin price and eventually trade “physical Bitcoins” directly, according to the NY Times.

The bank has confirmed that it will begin offering clients a type of futures contract called a non-deliverable forward that will be linked to Bitcoin.

The members of who created the trading desk say they remain skeptical of the currency.

“I would not describe myself as a true believer who wakes up thinking Bitcoin will take over the world. For almost every person involved, there has been personal skepticism brought to the table.”

However, interest from hedge funds and institutional investors has led its board of directors to approve the move making it the first major US bank to use its own funds to trade cryptocurrencies or their derivatives.

“It resonates with us when a client says, ‘I want to hold Bitcoin or Bitcoin futures because I think it is an alternate store of value,’” Yared said.

The bank said it hopes to receive regulatory approval from the Federal Reserve and state-level authorities to begin trading actual Bitcoins, which it refers to as “physical Bitcoins.”