Rimma Trukhina
Metaverse and NFTs have changed the games industry a lot. Let’s find out what it brings us today! 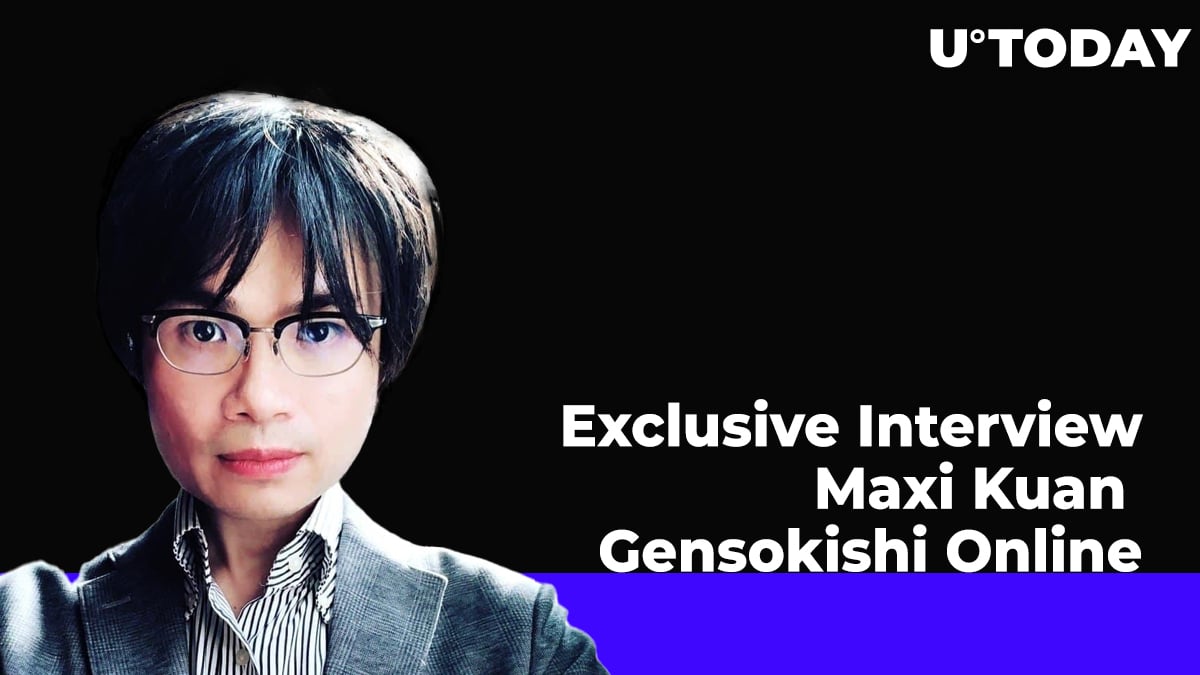 Recently I spoke with Maxi Kuan, CEO at GensoKishi Online, a new Metaverse and GameFi version of the game Elemental Knights. He told me about the world created in this game and how everyone can become a part, and even a creator, of this world. Let’s dive in!

U.Today: Maxi, thank you for joining me for this interview. Recently, you joined the project GensoKishi Online as CEO. Can you tell us about your experience before that? What made you interested in the GameFi sector?

Maxi Kuan: I’ve been working in Japan (Tokyo) for 10 years and have been running a consulting business for start-ups for 5 years. Since 2017, I’ve been in the blockchain industry as a senior consultant for blockchain media. I run several businesses, such as KOL marketing, and have always been in the digital area. I also have connections with Japanese game makers, so that’s why I’m working on the GensoKishi Project now.

The GameFi sector is really so exciting - it just brings the Metaverse and NFT into all games and makes them profitable for both the company and the players.

U.Today: GensoKishi is a new Metaverse and GameFi version of the game that won the "Game of the Year Gold Award" in Taiwan in 2012 and has been played by a total of eight million people. Can you give us more details about this game and tell us about its world?

Maxi Kuan: As a classic 3DMMORPG, GensoKishi was originally titled “Elemental Knights” and was launched in 2008. It has been around for 13 years. It has been updated so many times that you could still play it on Android/iPhone/Nintendo Switch/PS4.

The gaming part of the GameFi version of Elemental Knights will be like other 3DMMORPGs. You can raise your own character with different jobs like fighter/wizard/assassin, etc. And you can build your team to cooperate with other players online to beat strong monsters, to get rare items and to clear missions to reach a higher level and unlock unknown worlds.

As a P2E (play-to-earn) game, we have several features for you:

1. NFT and Tokens: In GensoKishi, you adventure for free at the start. You don’t need to buy some characters to start. You can team up with others to beat monsters and get some rare items for deals in the game. You have a ROND token, which is the in-game crypto. It will also be on Polygon blockchain, so you can swap it to another token, which means you can make a profit by doing so.

2. UGC to Earn: This is one of the highlights of GensoKishi. You can create your own equipment (weapons/objects) and NPCs (non-player characters) in the game. You can just play with it in-game or make it more valuable, or you can sell it on an NFT market like OpenSea or any other EVM-compatible market. You can, thus, create anything in the game. (Of course, X-rated or negative elements will be restricted in the metaverse of GensoKishi.) You can even buy LAND (Maps) in the game and edit it at will, which is another big feature of the game.

U.Today: What makes GensoKishi special? How does it differ from other Metaverse games in a technological sense?

Maxi Kuan: In GensoKishi, you can start the game without paying any crypto. It is free to play and, of course, you can use crypto to buy powerful items to help your adventure. But in our GensoKishi meta world, you need to team up with other players to beat the really strong monsters; otherwise, it will be very difficult to keep adventuring. As mentioned above, we already have an eight-million-strong user base to start with. We will bring them into the new GameFi version and also invite crypto lovers.

On the other hand, we aim for a decentralized world for this game. In other words, we are making it a DAPP eventually. So far, the 3D rendering tech still requires very high processing power while playing the game, so at GensoKishi, we still use a centralized game server to help the playing. But since Web3 and blockchain are changing fast, we believe the time is coming very soon. We will also let GensoKishi be a DAO, which means it will belong to all users who have the governance token MV. You can vote for the world’s future, to change it and create a new world together.

U.Today: Let’s discuss MV token. What does it give to owners?

Maxi Kuan: Yes, MV token is our main token for the project. Here are some features you might want to know about:

MV is the currency that this game uses outside of the game, mainly to construct the metaverse.

The in-game crypto, ROND, can cause prices to plummet due to the in-game balance, but MV is designed separately so that it is not affected by ROND.

U.Today: Why did you choose the Polygon network to base your game on?

Maxi Kuan: I have always enjoyed other GameFis on Polygon and believed in the possibility of speed and low-gas fees. Nowadays, ETH is the most popular blockchain, but with high gas fees, it is not suitable for gaming. But people still love to trade on ETH, so as the L2 of ETH, Polygon has resolved the issues of our GameFi team. Also, Polygon has the most active users on the market, so that is the main reason we chose Polygon as our partner. (We had also built an official partnership with Polygon Studio.)

U.Today: What was the latest release from your team?

Maxi Kuani: Today, GensoKishi announced a partnership with TrustPad, which will help promote GensoKishi on its popular platform and publicize this opportunity to its broad range of investors.

As an additional benefit of this partnership, GensoKishi will receive the full support of the DeFi Launchpad Association.

The GensoKishi launch/IDO will also be supported by other members of the launchpad association, increasing public access and exposure to the project; details will be released soon.

Maxi Kuan: Thanks for asking. In January of 2022, we will be releasing the first SuperRare NFT auction. We will repeat it three times before the official release in August 2022. In addition, we are aiming for the MV token listing on some CEXes, for more awareness and liquidity. We will be releasing the UGC feature and the LAND auction after the official launch but, if possible, we would like to make it happen even earlier.

For global users, we are working hard on everything that Elemental Knights never did. This will be very exciting, and I hope you will join us.

U.Today: What crypto do you have in your portfolio?

Maxi Kuan: I am not a whale, so I just simply have some BTC, ETH, MATIC (of course), BNB, FTM (are you surprised?)...and, absolutely, MV.

U.Today: What will the Bitcoin price be one year from now, in your opinion?

Maxi Kuan: Not financial advice. Since Metaverse has joined, NFT has been getting hot recently. Some influencers like Elon Musk and Tim Cook also have crypto as an investment. The price will reach 100K in one year. Many more countries are going to accept Bitcoin.

U.Today: Metaverses have been the loudest topic in the past few months. Where, in your opinion, could it lead us in the future?

Maxi Kuan: I think some techniques still need time to be perfected or workable for a real metaverse. There are some VR/AR and Web3 UI issues. I think five years would be a reasonable time for the issues to be worked out, but it might be earlier, and then we live with Metaverse. A decentralized ecosystem in the real world might be difficult, but in the Metaverse, we can achieve a real, free life. Let's see how we make it in GensoKishi. Thank you so much.