Yuri Molchan
Marcus Hughes, who is the chief counsel for Coinbase, tells Forbes he predicts global authorities will make a big move in crypto regulations with a positive outcome 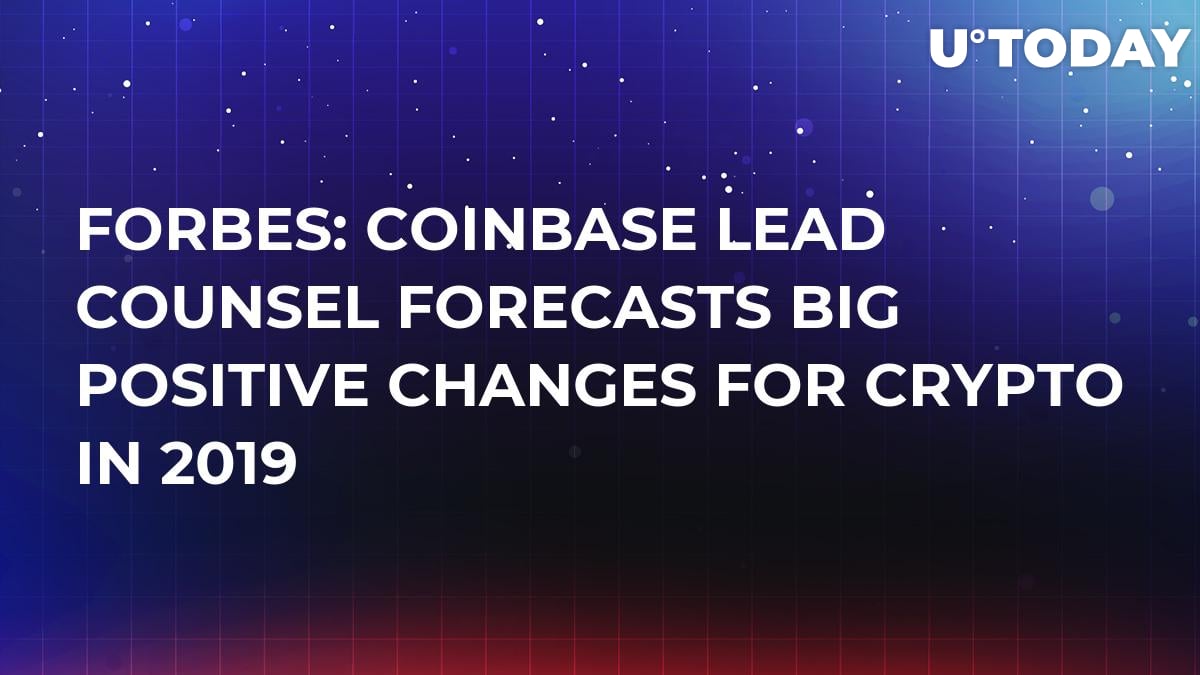 Last year was for the crypto industry a more than difficult one, considering the major bearish trend, worsened by the war that broke out between Bitcoin Cash and Bitcoin Cash SV – when the latter happened, many investors decided to get back at least some of their money, rather than wait for a miracle to come. This brought on a major crypto sell-out.

In a Forbes interview, the UK chief counsel for the Coinbase exchange, Marcus Hughes, voiced his opinion regarding the current situation in the crypto industry to improve in the near future. He believes that within the coming couple of years the industry will go through big changes in the sphere of governmental regulation. He was namely talking about Europe.

Prospects for crypto in the UK

Presently, the British regulator FCA (Financial Conduct Authority), which is in charge of the local banks, is doing research. The outcome of the latter may have the FCA prohibit trading Bitcoin-based derivatives. However, in December, the UK government mentioned that it is ready to direct the FCA to start overseeing virtual assets.

Besides, the watchdog is looking into nearly 20 startups that deal with crypto, as reported earlier by The Telegraph.

The head of the Treasure-based committee of UK lawmakers, Nicky Morgan, confirmed in an interview that the FCA and the whole British government are worried about the absence of regulation regarding digital assets, the fact that customers are hardly protected, and that crypto is actively used for money-laundering by some. The committee, as per Morgan, will keep insisting that regulation should be introduced.

Chances of crypto regulation in Europe

Hughes also mentioned that the European regulator working with banks (EBA) is also urging for crypto to become regulated in the near future in order to protect investors in this type of asset on the continent.

He even assumed that each EU country may finally launch its own crypto, but the most certain outcome is that common regulatory rules will start to be used around Europe. This, believes Hughes, would make it much easier for crypto exchanges to operate in the market.

Hughes came to the crypto industry from Morgan Stanley bank. He shared with Forbes that top executives of the bank believe in the potential of crypto and Bitcoin in particular. They expect this influence and power to remain in the coming years, too. Apart from that, he mentioned that other major banks are also interested in working with Bitcoin. What stops them now is the absence of proper regulation around the world.

Besides, Hughes believes that as soon as virtual coins move from the stage of speculation into the stage of practical use, more and more people will get to understand them and, therefore, accept this new class of assets.