Rimma Trukhina
Have you ever heard of Web2.5? Are you a fan of Final Fantasy arts? Don’t miss this new interview with GENSO CEO 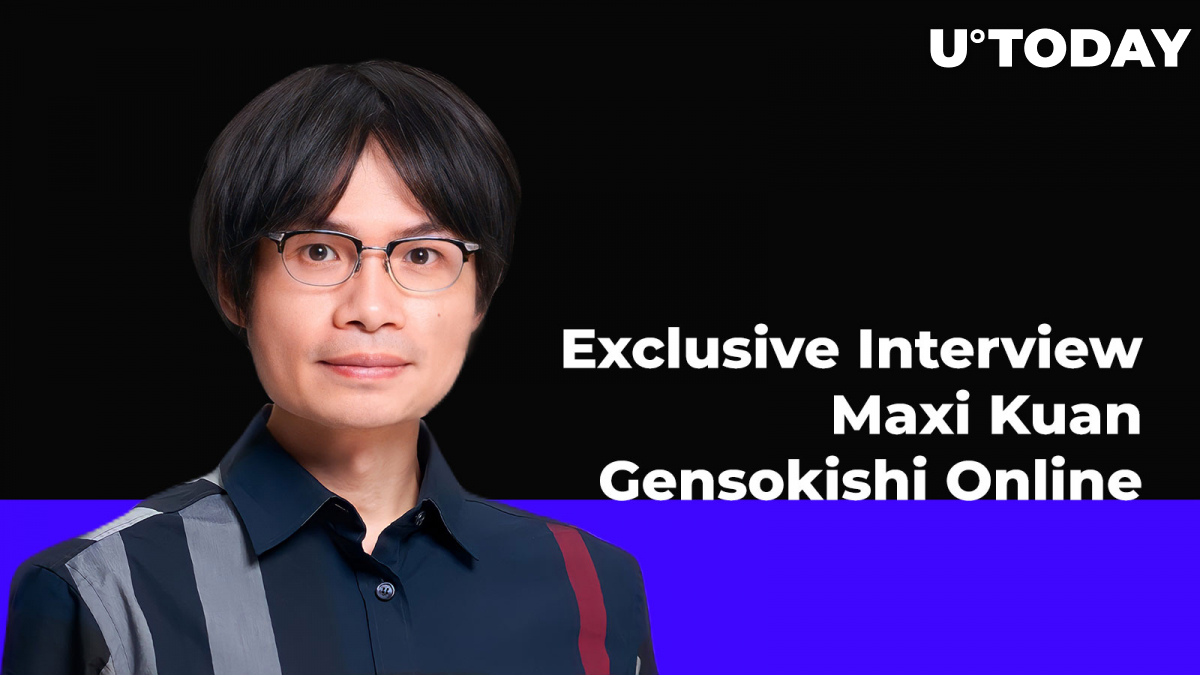 Recently, I had a conversation with GensoKishi Online CEO Maxi Kuan. We spoke about GENSO updates and future plans, including the official release date, and the upcoming NFT collection created by famous Japanese artist Yoshitaka Amano. If you missed our previous interviews where we discussed GENSO gameplay in detail, you can check them out here and here.

U.Today: Three months have passed since our last interview, and I can see that quite a few updates have occurred at GensoKishi since then. Can you name the most important ones?

Maxi Kuan: Yes, we released the closed alpha, and now the closed beta version is coming to an end. With open beta coming on Sept. 5, everyone can play GENSO in open beta testing with only your social media ID. No NFT tickets are needed. This is a great start.

Before open beta, we have had some big updates for the last three months. MV listed on Kraken, both the global and Japanese exchange. This is a record for Japan — we accomplished the fastest listing record on a Japanese CEX, in seven months, when it usually takes more than a year.

We announced an NFT collaboration with Yoshitaka Amano, who is the most famous artist in the gaming world for designing Final Fantasy series characters. This is the hottest topic around GENSO recently. The official release date has been postponed to November 2022. This was a big announcement, that we decided to combine the Metaverse scheme with cryptocurrency in GensoKishi to be a perfect fit for the Japanese market, in compliance with NFT and crypto legal matters. We really do hope this will become the leading project, so we have postponed the release to make some improvements rather than just release it as is, for short-term profits, which is not our goal.

We have an Android test version out: now you can play closed beta with an NFT ticket in your Metamask wallet, on your own Android device! This is the most exciting thing this month — as you know, games nowadays are mostly run on smartphones, not on PCs. This is exactly what we have aimed for from the very beginning: to play games and engage in the Metaverse anywhere on Web3.

U.Today: How are things going with the closed beta test for Android users? How many users do you have there? When should we be ready for the official release?

Maxi Kuan: Yes, as mentioned above, the Android version release was an exciting one. Our community was awaiting the smartphone version for a long time, and we made it on Android first. In the past, for GameFi projects or Metaverse projects, few created a real application for the project. Now, we are proud to say that you can have real game experience on your smartphone, and you hardly know that it is a Web3 game.

So far, we have 300K people in our community, and the DAU on closed alpha and beta is in the range of 800-2,000 people. The closed beta will end on Aug. 31, and next up is the open beta, in which everyone can just easily download the GensoKishi app from Google Play Store and get going.

As for the official release date, we moved it to November 2022. We have been working as hard as we can to make it better.

U.Today: You are working on a new collection of NFTs created by Yoshitaka Amano, who is famous above all for his artwork for Final Fantasy. Can you tell us about this collection?

Maxi Kuan: Yes, he is the great character designer of Final Fantasy, Master Yoshitaka Amano. He has always been my favorite artist since I first played the Final Fantasy series. He has designed so many master piece characters. The atmosphere in Amano’s world is really unique, and that is why we took every effort to make the collaboration come true. Regarding Yoshitaka Amano’s NFT collection on GensoKishi, he especially designed 20 characters (equipment) for us, including Dark Knight, Dragon Knight, Dancer and Bishop in male and female versions. We use a generative style for this NFT collection, and there will be 11,000 items, divided into eight parts for every character so that the combinations are full of variety. The rarity level of GensoKishi is super rare, and we plan to do the public sale at the end of September, with a white list campaign running now. The white list sale will come after the public sale, with a fixed price at 400 USDT in the FCFS (First Come First Serve) style. We believe this will be a very popular NFT for all gamers and NFT collectors.

A surprise for this collection is that there will be 10 NFTs in exactly the same combinations as the ones Yoshitaka Amano made, which means the full completion of the character. These perfect ones will be totally different from the generative ones, and the rarity will differ. People who buy these randomly surprising NFTs will be super lucky.

U.Today: You mentioned that several major exchanges listed $MV token. What about your in-game token, $ROND? Are there any listings planned?

Maxi Kuan: Yes, of course, at the moment the listing is under negotiation and will soon be announced. $ROND will be the basic currency used in the GENSO Metaverse, and not only in GENSO but with other possibilities in the multi-Metaverse. We had a whitelist campaign for $ROND and staking dApps for staking MV to earn $ROND. The whole community is just waiting for the good news about $ROND.

U.Today: Where can gamers buy game items? Can you tell us about your shopping mall and museum of NFT arts?

Maxi Kuan: Currently, you can buy all items (NFTs) on OpenSea, and as you mentioned we are going to have a shopping mall and museum of arts(NFTs).

As for the shopping mall, it is 3D shops built in the Elrond Shopping Area (the street in the castle). Users can warp to this area and see what services our clients’ shops provide there. For example, there are game guild partner shops; you can talk to the NPC in front of their shop and browse the options, including visiting the official website or making some Web3 transactions in the future. Potential partners will be EC, NFT providers, Web3 companies and IPs. It is a big shopping mall and more areas are under construction.
There will also be a museum for the exhibition of NFT arts. You will have to pay a little fee to enter the museum to see the limited NFT shows. There are currently legendary NFTs (replicas) we had at the 1st and 2nd auctions. In the near future, we will have sponsored partners’ NFTs, with some limited campaigns and even auctions.

U.Today: What are the most difficult and most exciting parts of the project for you?

Maxi Kuan: The most difficult part is the Web2 to Web3 evolution inside the team. We are a game-based team with many Web3 and blockchain mentors and advisors. The whole system is so big that we have to always consider how to solve problems in a Web3-way or a Web2-way, which I call Web2.5. In the beginning, you have to be centralized when building something, or otherwise there is nothing to be “decentralized.” But for the community, it has to be DAO and, of course, decentralized. We work together with the community, and eventually the community is going to “make” the future of GENSO. It is a learning process, and I believe we are doing our best as we go through it.

And now for the most exciting part, the delivery of our product: GENSO Metaverse. From the beginning, we keep saying we do have GAME, not GameFi with a simple card battle or only static pictures with some buttons everyone used to know. You can use the NFT on your avatar and even create your own original ones to make them unique. Go to dungeons with your best friends from around the world. Enjoy the game itself or try to do business and invest here. Find a new way to make your dream come true in the GENSO Metaverse. Everything is very exciting here.

U.Today: What are your thoughts on the current bear market? How long will crypto winter continue this time?

Maxi Kuan: This time, the bear market started with the famous Terra/UST crash, and some butterfly effects remain. It is different from the one in 2018; we have more basic ecosystems that did not exist four years ago, like NFT and Metaverse. People get used to crypto more, and governments are taking actions that are either positive or negative, which means the crypto market begins to be something to the whole world economy. In my opinion, I think the “winter” might be 6-12 months.

U.Today: Do you have any advice for people who believe in crypto?

Maxi Kuan: Many new business models are coming. Metaverse is one of them and perhaps the biggest one. Make sure the crypto you are hodling is legit and run by a good community or DAO. And please follow the GensoKishi project — we are on a path that no one has ever attempted.