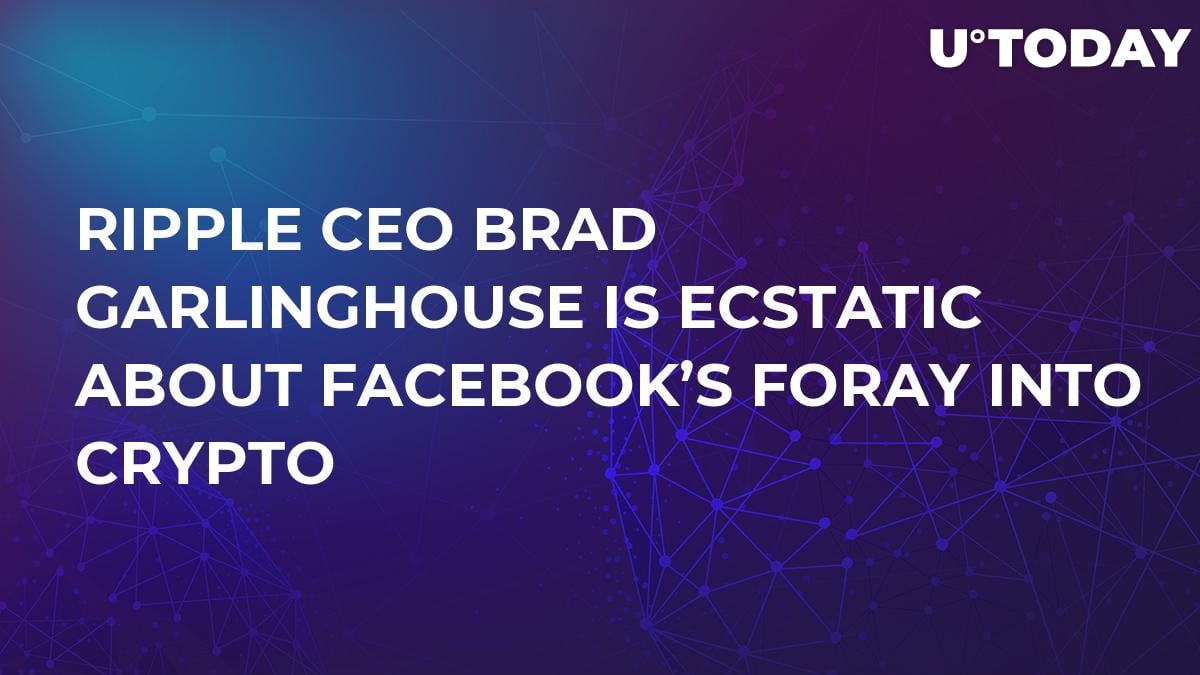 During Fortune’s Brainstorm Finance conference Ripple CEO Brad Garlinghouse shared his take on Facebook’s Libra cryptocurrency that took the crypto world by storm this week. Garlinghouse is certain that this announcement will allow his San Francisco-based startup to onboard more clients.

Everyone and his uncle already know about the Libra coin after non-stop press coverage that kicked off on June 18. This undoubtedly gave major exposure to the whole industry — Garlinghouse states that more banks are now interested in Ripple’s xCurrent product after Facebook’s Libra appeared in the limelight.

According to Garlinghouse, Facebook venturing into crypto is a major sign that we have to ditch the likes of Western Union and SWIFT for more efficient means of transferring money.

I will send a case of champagne to David Marcus the guy who runs Libra,” Garlinghouse said of Facebook’s blockchain chief.

Garlinghouse also commented on the recent MoneyGram partnership that is considered to be a major milestone for Ripple. However, the fact that XRP barely showed any price action while the shares of MoneyGram spiked by a whopping 145 percent was quite unsettling for investors.

The Ripple CEO says that there is ‘a lot of noise’ in the Blockchain space, which probably why XRP fails to record bigger price gains.

“The industry has gone from illicit to speculation to utility—the entrance of huge tech and finance players speak to that change. But all digital assets should not be lumped together—you need to evaluate based on use case.” @bgarlinghouse at @FortuneMagazine’s #BrainstormFinance pic.twitter.com/NIbUgAT5Ed

However, as reported by U.Today, multiple technical indicators are showing a potential breakout for the XRP price.