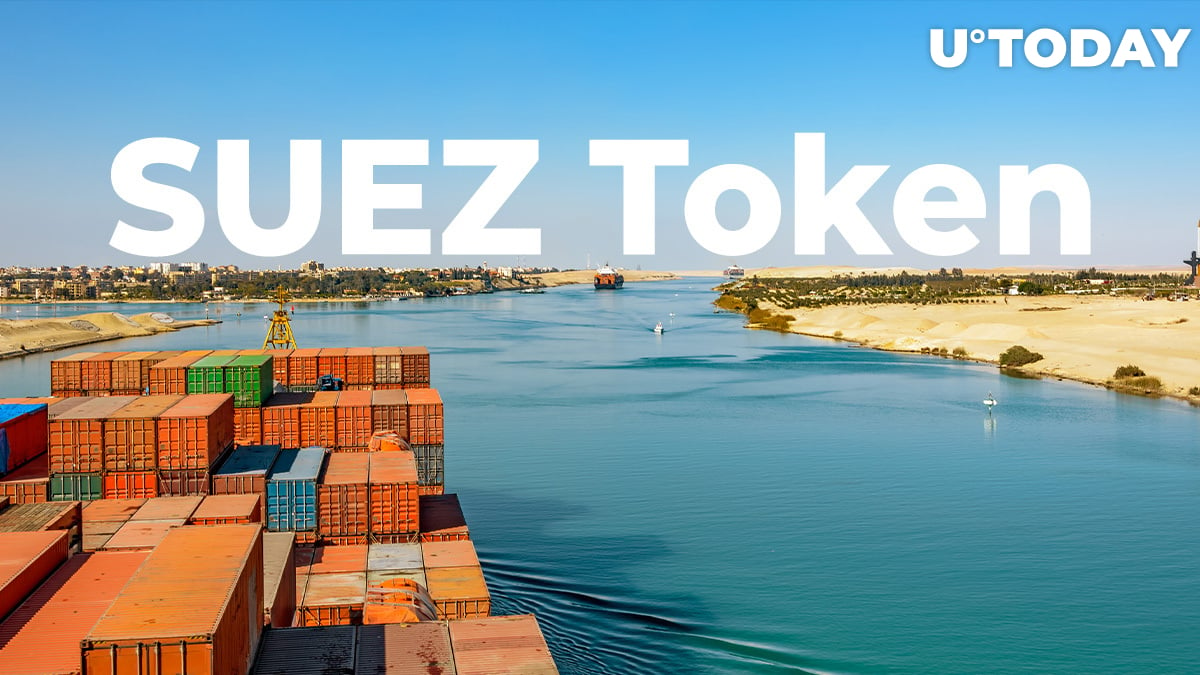 An anonymous team of crypto enthusiasts from the depths of the ocean near Japan has just launched Suez Token Protocol on Polkadot (DOT). Crypto giant KuCoin becomes the first platform to list the gem.

Move the Ever Given with the power of crypto: Introducing Suez Token Protocol

According to the announcement on KuCoin's website, Suez Token Protocol launches on Polkadot's Substrate. The only motivation of its anonymous creators is to prevent Suez Canal accidents like the Ever Given from happening again. The token belongs to its own SRC-20 standard and will eventually evolve into Polkadot's parachain.

This cryptocurrency utilizes the cutting-edge PoD (Proof of Dredging) consensus as it attempts to incentivize the clearing and dredging of the canal. Also, amidst developing NFT euphoria, Suez Token Protocol releases its own collection of digital raribles.

Items for sale will commemorate the recent infamous episode in which the Ever Given ship wedged diagonally across the Suez Canal. It resulted in multi-billion-dollar losses for the global trade ecosystem due to a series of massive delays in shipping.

Sixty percent of the aggregated token supply will be used for proof of dredging (PoD), 20 percent of tokens will be allocated to team reserve, 15 percent of SUEZ will fuel marketing and ecosystem growth while only five percent are released for sale.

Massive real-world utility is promoted as the top killer feature of this coin. Should Suez Canal congest again, SUEZ will be spent for excavators to remove the blockage.

In addition, holders of six or more SUEZ tokens can obtain a daily bonus that comes from 50 percent of the daily toll raised in the canal. Also, SUEZ whales holding more than 10,000 tokens can enjoy a 20 percent toll deduction while crossing the Suez Canal.

Trading of Suez token will be available only for the period between April 1 and April 3, exclusively through KuCoin Trading Bot.

Mysteriously, the inception of the token coincided with April Fools' Day but, unfortunately, the CEO of the SUEZ team is unavailable for comment.