Ethereum User Pays $2.6 Mln for One Transaction. Here's What Happened

Alex Dovbnya
One (most likely) inattentive user is the bizarre reason why Ethereum fees skyrocketed to $2.6 million in one hour 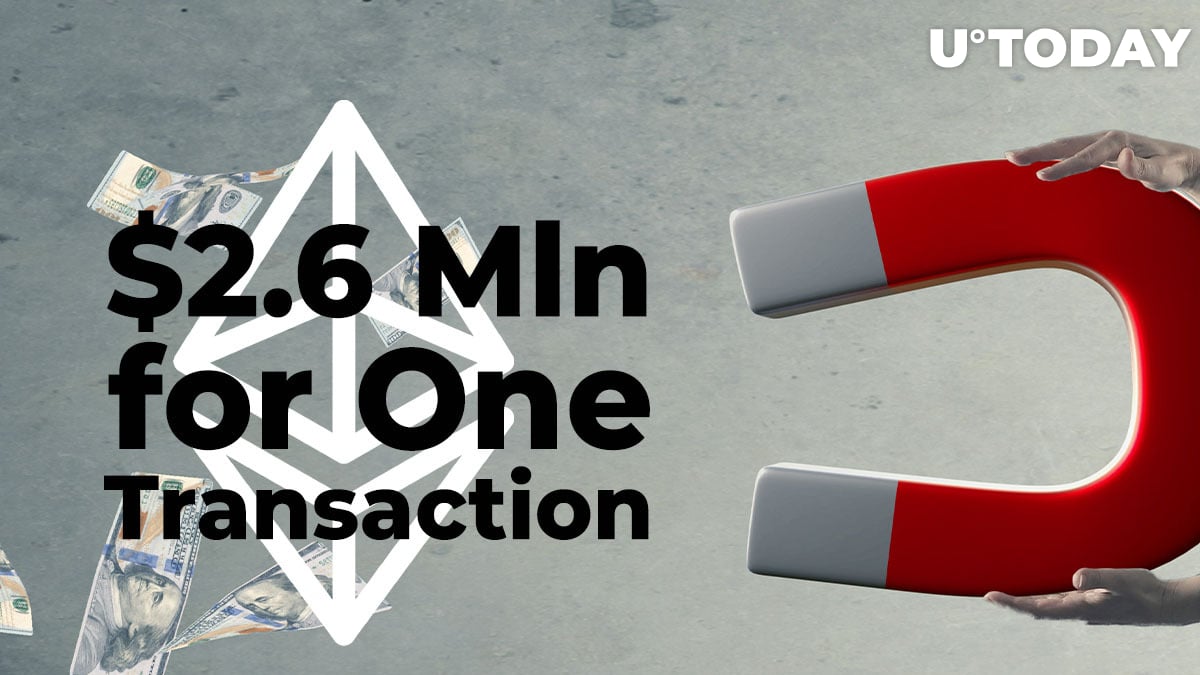 Some Ethereum user has paid a whopping $2.598 million fee for sending just $133, which now holds the record for the most expensive transaction on the blockchain, according to Etherscan data.

AVA Labs CEO Emin Gün Sirer says this is a rare case of a ‘goose egg’ transaction that was most likely made by mistake.

As of June 9, the average Ethereum fee was just $0.57, a drop in the bucket compared to what a certain someone shelled out for the transfer in question.

Sirer presumes that the unfortunate user simply confused the transaction fee with the sum of Ether that was supposed to be sent to another address.

A similar slip-up was made by someone who tried to send an infinitesimally small amount of the Ethereum-based Synthetix Network Token (SNX) for a cool $160,000.

‘Goose egg’ transactions have happened on the Bitcoin network as well, with one person shelling out 291 BTC ($2.8 million at current prices) for sending just 0.0001 BTC.

While miners were drooling over that fat Ethereum fee, Siren explains that it would be very challenging to collect due to the nature of the proof-of-work consensus algorithm.

Mining pool SparkPool, which has a history of freezing transaction fees, is now investigating the issue.

Because of the transaction, the total value of all fees on the Ethereum network shot up to $2.631 million.

However, even before the $2.598 million mistake, the biggest altcoin had already surpassed Bitcoin when it comes to daily fees.

While Ethereum has already managed to achieve this on numerous occasions, the most recent ‘flippening’ was particularly driven by utility, according to Messari’s Ryan Watkins.