Tron and EOS Get Thumbs Up from China as Top Rated Cryptos — A Big Boost for ETH Rivals?

Jack Thomas
Very anti-cryptocurrency, China has seen one of its agencies come out and praise EOS and Tron as the best crypto assets 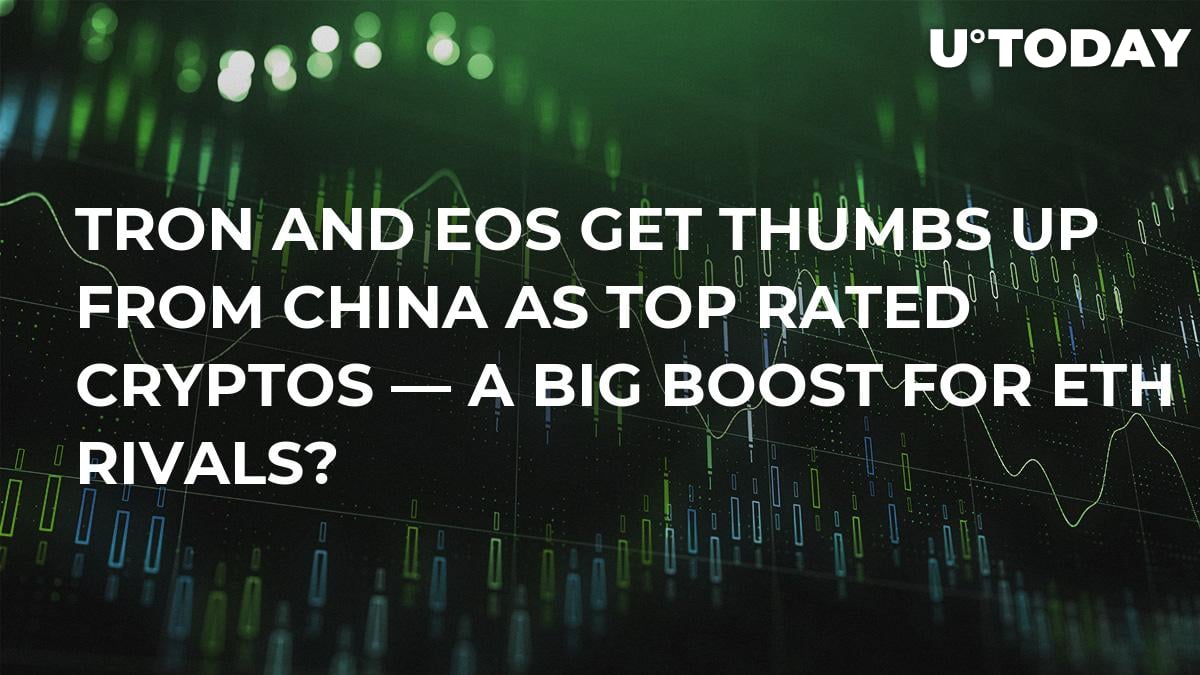 When it comes to China and cryptocurrencies, the association is usually a negative one. The Socialist Republic has made it clear that they are distrustful of cryptocurrencies, preferring to focus in on the blockchain technology.

However, there has been news out of the country that the Center for Information and Industry Development (CCID) under China’s Ministry of Industry and Information Technology has rated EOS and Tron highly in several categories, including applicability and technology.

This is big news for China, as well as cryptocurrencies which are rivals to Ethereum, as it shows the direction in which the savvy Chinese are looking, when they are looking at cryptocurrencies. Ethereum has been under a lot of scrutiny recently, and in 2019, the platform is not offering what countries like China are looking for.

It will be interesting to see just how much this focus on EOS and Tron helps boost the cryptocurrency prices, as it is clear that the Chinese are looking for a blockchain platform that dApps can be built upon, making blockchain technology more applicable and useful.

A new wave of blockchain applications?

The Chinese case study is an interesting one to take note of because they are traditionally very forward-thinking with their technology and are often pioneers. Many still believe Bitcoin is the only relevant and useful cryptocurrency, but the Chinese disagree.

On the list, Bitcoin comes in 13th, while the top three are all smart contract blockchains, with third place going to Ethereum. However, the fact that there are smaller projects that haven’t been around as long as the second-rated crypto by market cap, indicates that there is an identification of improvement.

EOS and Tron are so highly rated by the Chinese because they are able to maintain a large transaction capacity due to the structure of the network that relies on a group of nodes called Super Representatives, which play a vital role in Tron’s Delegated Proof of Stake (DPOS) consensus mechanism.

Boost for EOS and Tron Prices?

If this recommendation from the Chinese Agency holds any weight in the country and allows for more blockchain developers to work with these platforms, there is a huge untapped market available that could boost the price of both Tron and EOS.

China has been looking more and more at its own blockchain solutions and projects, but this represents a big thumbs up for these two platforms, and if they are accepted in China, there will be a huge spike in demand, and as such, a big spike in price can be expected.