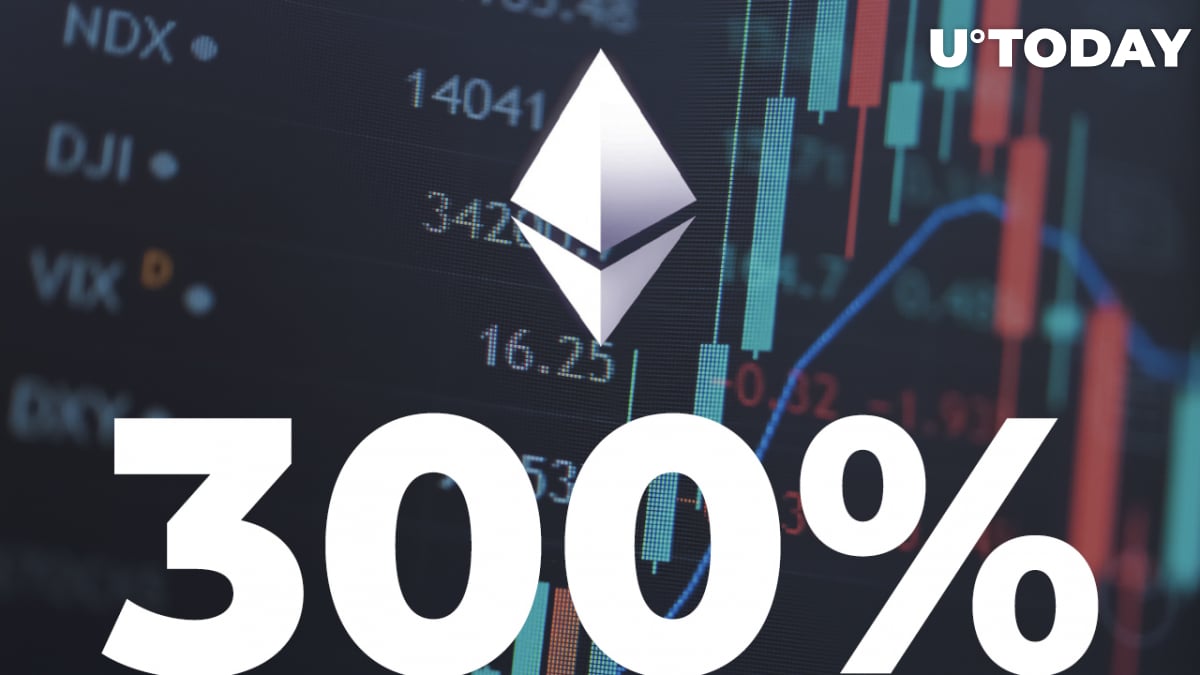 In a recent Twitter thread, Real Vision founder Raoul Pal predicts that the price of Ether could surge from 100% to 300% by the end of the year.

I have been showing this spooky chart of ETH now vs BTC in 2017 in various forms. This is my live CIX on Bloomberg.... even nailed this sell off....to the day and price. What happened next? A 300% rally. From tomorrow (ish). 1/ pic.twitter.com/GZiStl4hmG

The former Goldman Sachs executive believes that ever-higher prices are possible, but nothing is certain.

Now, I don't expect perfection but with all the other analysis I have done, something like a 100% to 300% rally is highly probable into year end. Nothing is a cert.

After that, its a tougher call but I think it possibly elongates and sees significantly higher prices.

Pal's prediction is based on a fractal pattern that shows Ether replicating Bitcoin's run in late 2017. He described it as "weird wizardry" last month.

Even though Ether is currently down 14.53% from its record high, Pal is convinced that the second-largest altcoin will soon be back in rally mode.

Related
JPMorgan Names Key Reasons Why Ether Is Superior to Bitcoin
In fact, the former hedge fund manager points to the fact that the aforementioned fractal accurately predicted the recent correction.

The second-largest cryptocurrency comprised 70% of his portfolio as of October. Bitcoin has a modest 5% share of his crypto holdings.
#Ethereum News