Yuri Molchan
The cryptocurrency market is enjoying a ‘green’ day on Tuesday, EOS spikes overnight with Bitcoin Cash following it, being the second top gainer 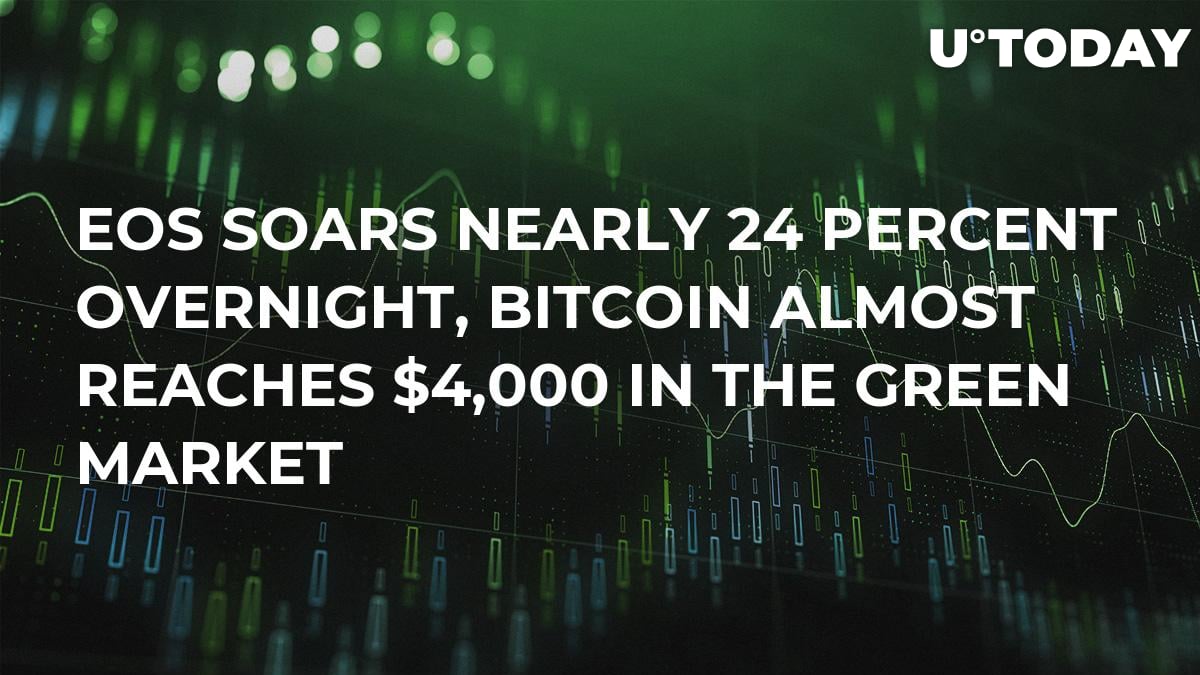 On Tuesday, Feb 19, the market is pleasing investors with positive news – nearly all top-100 coins are heading North, and all the top ten and top twenty coins are in the green area.

Bitcoin and the top gainers

This morning, Bitcoin has shown a rise by 5.01 percent, now standing at $4,937. Over the past few days, its trading volume has appreciated by around $4 bln, as has its market cap.

The highest gains are being shown by EOS (the Enterprise Operating System), which has appreciated almost 24 percent over the last day. The coin’s price now stands at $3.61.

It is followed by Bitcoin Cash with a rise by nearly 14 percent and the current price of $148.43.

The next big gainer is out of the top-ten list – Cardano. Over the last few days, ADA has managed to overtake Bitcoin SV and claim spot #11.

EOS does not have a frontman – is it good or bad?

Many top-ten crypto assets do have a famous figure leading them into the future and mass adoption. When thinking of Ethereum, Vitalik Buterin springs to mind; when talking about Bitcoin, there is at least Satoshi Nakamoto; Bitcoin Cash is mostly associated with Roger Ver; and for Bitcoin Cash SV, you have Craig Wright, who also claims to be Satoshi Nakamoto.

In this respect, EOS seems to have a wide field of freedom for their PR team initiative. Still, each of the abovementioned crypto figures has its own haters or people who dislike them.

Some think that Vitalik Buterin is weird-looking and lacks charisma. Roger Ver is believed to be hysterical to some. When one talks about Mr Craig Wright, for every fan there is at least a dozen people who laugh at his Satoshi claims.

Speaking of negative reaction towards the Bitcoin Cash SV public leader, on Monday, U.Today reported that Mr Wright has assured the US CFTC that he is the one, undisguised Satoshi Nakamoto and even went as far as suggesting swearing an oath to prove that.

Still, the absence of a public figure at the head of EOS may be even a good thing under these circumstances.