Justin Sun Receives the Lightning Torch and Steps into Charity

Yuri Molchan
The founder of Tron, Justin Sun, has shared with the community on Twitter that he is the most recent person to participate in the Lightning Network Torch 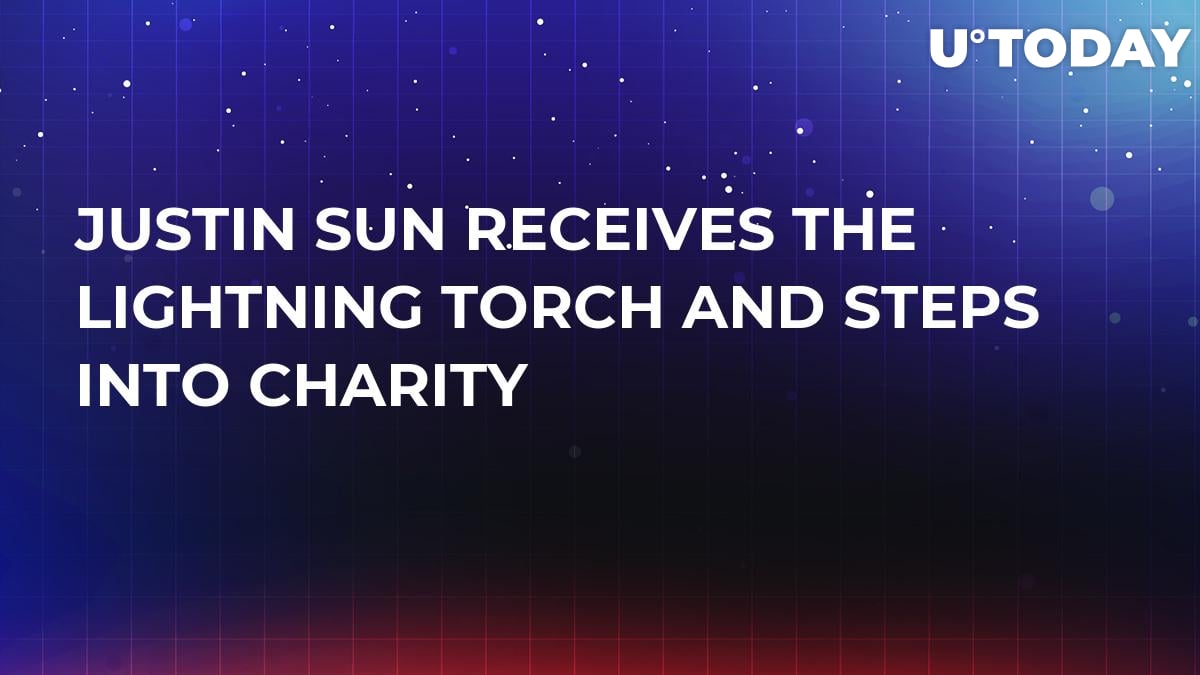 The Lightning Network Trust Chain is the most recent viral crypto phenomenon on the Internet. Participants simply call it the Lightning Torch, passing it on to one another by sending the satoshis received and adding 10,000 satoshis as well.

Participants have included Twitter CEO Jack Dorsey, who later on passed the torch on to famous figures in the crypto space. Recently, among them was the crypto trader and analyst going under the Twitter name WhalePanda as well as Binance’s CEO, Changpeng Zhao. The latest to receive this virtual crypto torch is Justin Sun.

He has forwarded it to Vitalik Buterin, whereas before giving it to Sun, Binance’s CZ offered it to Elon Musk. Both Buterin and Musk have remained silent so far. 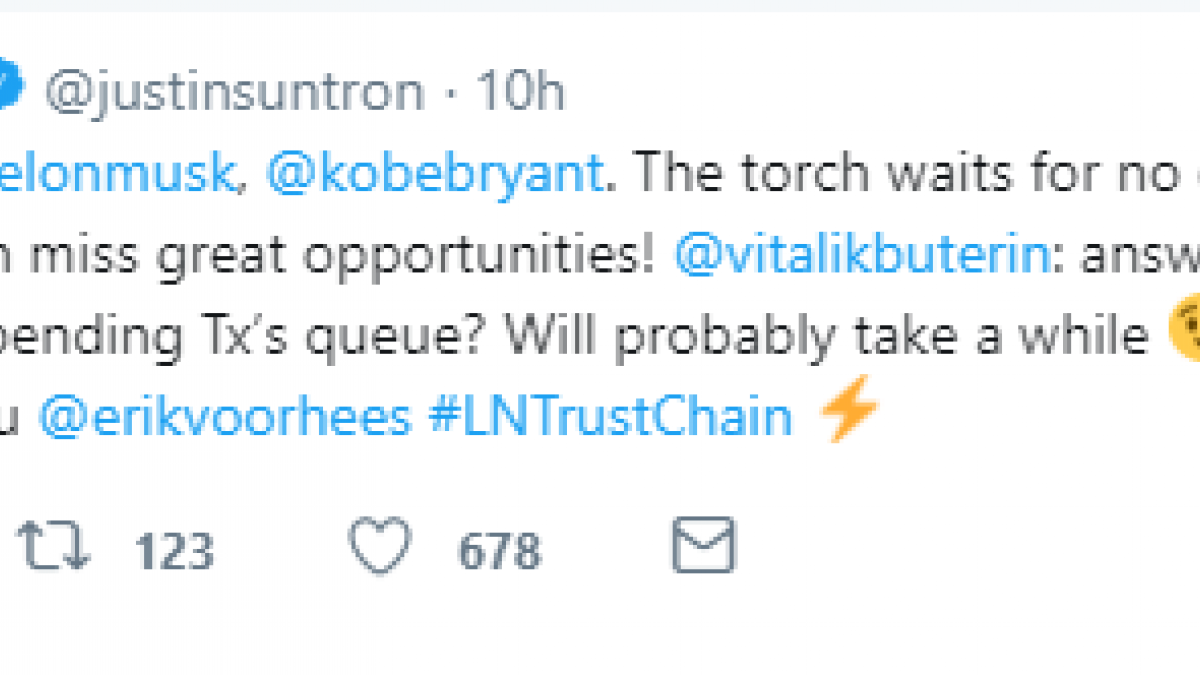 Recently, U.Today reported that Justin Sun has teamed up with a foundation to help people that are diagnosed with amyotrophic lateral sclerosis (ALS) by donating $250,000.

As a similar wide gesture, Justin Sun has recently offered a former BitTorrent employee, Tong Zhou, who lost all his life-savings on the QuadrigaCX exchange, to get back to work at BitTorrent. For the latter act, Justin Sun has been much praised by the community.