Cryptocurrency Market Turbulence is Behind Us; Keep Seatbelts Fastened and Remain Calm

Darryn Pollock
Bitcoin tests an important support level at $10,300. It’s time for the bears to return to their dens. 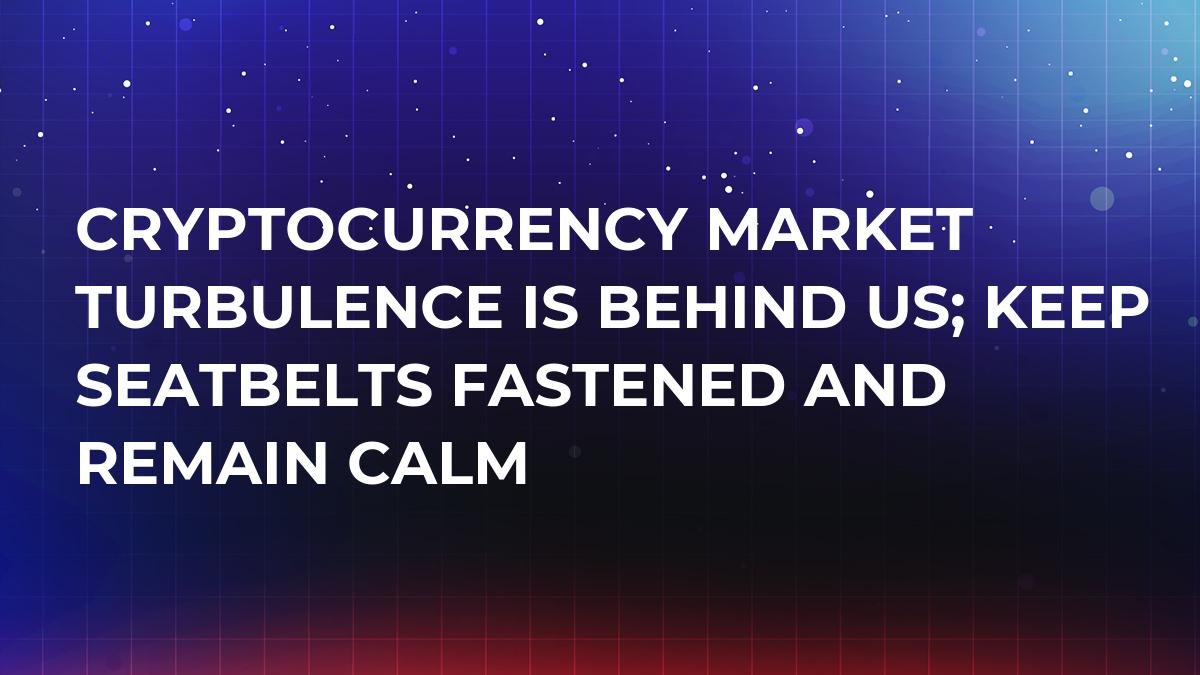 Let's start with the good news. It’s highly probable that on Wednesday we saw the end of the localized Bitcoin correction (and therefore, the entire cryptocurrency market correction). On  Feb. 22, the underlying asset arrived at better form than the day before. Although BTC price hasn’t fully rebounded from the fall, the impulse for the reversal has been given. Total market capitalization is $470 bln, which is nearly equal to the previous day’s value. Bitcoin dominance hasn’t changed either, remaining at 39.2 percent and likely to reach 40 percent soon.

The current situation reminds us of the end of global correction on Feb. 5-6. While the market is just coming around, the early birds of future growth are already here. Monero became one of such precursors, having grown 7.5 percent during this difficult day and occupying the 11th position by market capitalization. The rest of the market is still in the red, with an average price decrease of three to four percent among the top 10 assets.

The media is maintaining a moderately positive news cycle which doesn’t have a strong impact on prices, but also doesn’t prevent the market mechanisms from doing their work. Most outlets are discussing the necessity of cryptocurrency regulation in different countries, which is self-evident. The cherry on the cake is the launch of the SegWit protocol on Bitfinex and Coinbase exchanges, which should significantly reduce commissions and increase the speed of transactions on the Bitcoin network.

Yesterday, we wrote about the possibility of Bitcoin's safe correction to $10,500, but the price went a bit further down to the $10,300 zone, where the strength of the ascending channel was tested. The support held, and we continue to move in the green corridor. This was a key level, its strength confirmed by two more instruments: the mirror level, as well as the 0.382 Fibonacci retracement.

Judging by the decreasing sale volumes, the bears satisfied their hunger with a 13 percent price decrease and are ready to return to their dens. The emerging figure “head and shoulders” is somewhat alarming, but in order for it to be activated the price needs to return to $10,300, breaking the ascending channel. We don’t see this scenario as the primary one but continue to keep it in mind. In this case, BTC price can test the $9,800 level, formed by the boundary of the parallel channel the 0.5 Fibonacci retracement. A more likely scenario at the moment, however, is an increase toward the $10,800-$10,900 range, some lateral movement, and the second (and final) break through the resistance formed by the boundary of the descending channel.

Recently, we have noted an increased interest in anonymous currencies in the crypto community, which includes Monero. To date, the asset looks better than the market as a whole, so it’s impossible to ignore it. At the time of writing, XMR is trading around $320, which is very close to fair price for the entire period since the beginning of 2018. The price is squeezed in a rather narrow ascending channel, but feels confident there and has already made a number of attempts to break through.

We also took note of the initial purchase volume which contributed to the price increasing by 10 percent in a few hours. In our experience, such volumes indicate that big investors are growing long positions, confirming that the asset’s potential. The nearest growth target is determined by two Fibonacci harmonies and is set at the level of $350-$360. Further growth may be restrained by the mirror level, so investors who already have this asset in their portfolios might consider the possibility of partial sales. In case of negative development, at the moment the level of $280 looks to be a reliable support.

Due to the activation of SegWit protocol on the Bitcoin network, BCH might be facing difficult times ahead. After all, low fees and high transaction speed were Roger Ver's main trump cards. In support of this prediction, the price of Bitcoin Cash has decreased more significantly compared to other assets and amounts to $1,300 at the time of writing.

In this case, support was found at the 0.386 Fibonacci retracement, but trading volumes continue to decline and soon we may see a test of the 0.5 level, which corresponds to $1,200. The maximum volume for the period since Jan. 17 was traded at this price, and it’s critical for maintaining the growth potential. Given the current situation, we recommend readers to refrain from buying Bitcoin Cash.