Dmitry Cake
Bitcoin Cash attempts revenge while the market stands still. The influence of stock indices on crypto is decreasing. 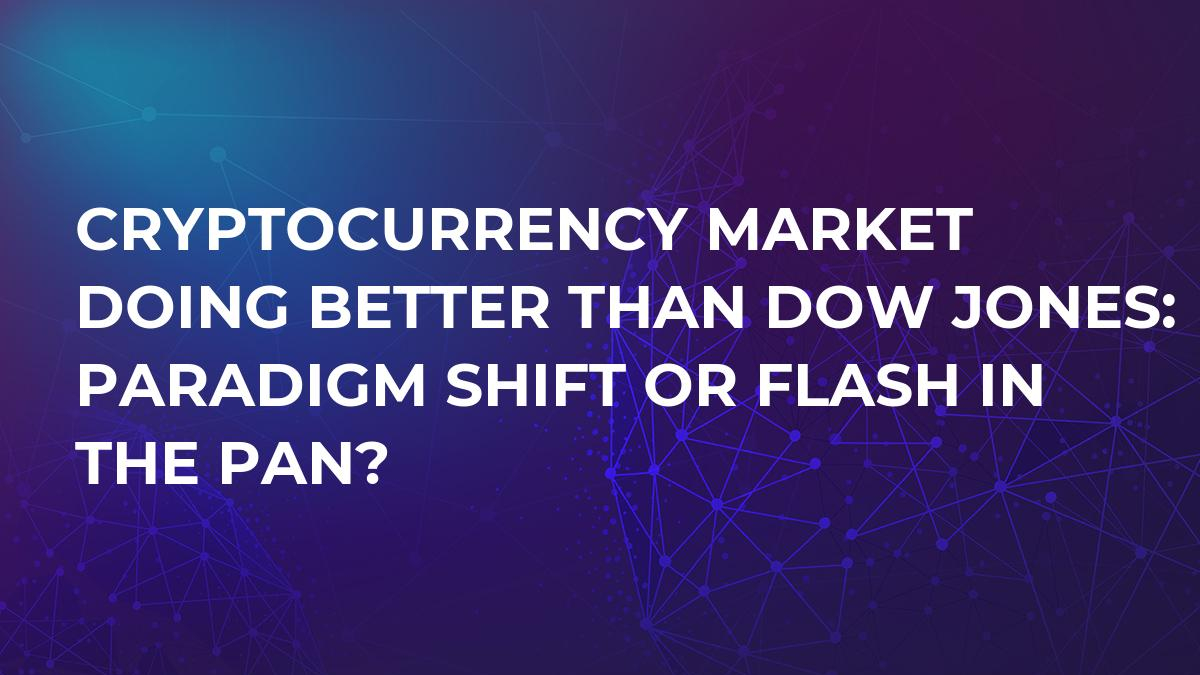 Over the last 24 hours, there has been no significant change either in the cryptocurrency market or the balance of driving forces.

Bitcoin price is trading near $8,000, and the total capitalization remains $385 bln. We see a smooth flow of volumes from one asset to another, though price fluctuations of the top 100 coins are within five percent, with few exceptions.

Bitcoin Cash grabbed our attention, having shot up 30 percent without any apparent informational trigger. Experience shows that the news cycle is often created after the fact, so on Friday, we are expecting some "fresh" news about the project.

So far, it looks as if the players behind BCH decided to take advantage of indecision in the market and prepare the platform for a later offensive.

In the top 10, a battle is raging for last place: IOTA is attempting to regain lost positions and displace NEM, whose price movements in the last week have been a roller coaster ride. The coins are nearly matched in capitalization and DASH is pressing up from below, so the action promises to be exciting.

Of particular interest in the current situation is the nearly complete lack of reaction in the cryptocurrency market to changes in major US stock indices.

The sharp fall of digital assets on Feb. 5-6 coincided with a historic decline in the Dow Jones index. Well, yesterday the index almost repeated its anti-record, but the crypto market reacted weakly, if at all.

This is a good sign for Bitcoin and altcoin investors and may become a trigger for attracting additional capital from traditional markets to the Blockchain industry.

Bitcoin buyers failed to activate the "inverse head and shoulders" figure that we mentioned yesterday, and so prices were trapped in the $8,000-$8,500 range. We saw a similar formation on Jan. 17-20: after sideways trend prices went up.

Support for the bulls is provided by the curve formed on Feb. 6 during the reversal of the price movement. The main resistance is given by the upper boundary of the downtrend from Jan. 6 and the nearest mirror level. In price terms, we are talking about the $9,200 mark.

If prices break through this level, it is likely that they will continue to rise. An intermediate success for buyers will be the closing of the week above $8,200.

In the negative scenario, we expect a correction to the $7,300 level at the 0.382 value of the Fibonacci grid. Our recommendation is to refrain from purchases at the moment.

But, there was a silver lining, due to the low price of the asset the bulls managed to pull off a minor miracle and chase the price from $1,000 to $1,350 within the course of a day in a low-volatility market.

The growth was only limited by the boundary of the descending channel, but we are expecting at least one more attempt at the assault. If successful, the next resistance levels are $1,425 and $1,500.

On the Fibonacci grid, the goal of the bulls is clearly visible- $1,675, which coincides with a powerful mirror level, though its rapid achievement is doubtful. In the event that the bulls lose their strength and fail, the most likely target for correction is the $1,100 level, marked in green on the graph.

History shows that the ups and downs of BCH can be very rapid. Therefore, we caution our readers to refrain from buying. On the other hand, partial sales at resistance levels seem appropriate.