Crypto Pump and Dump Schemes Brought to Light: The Worrying Side of Things 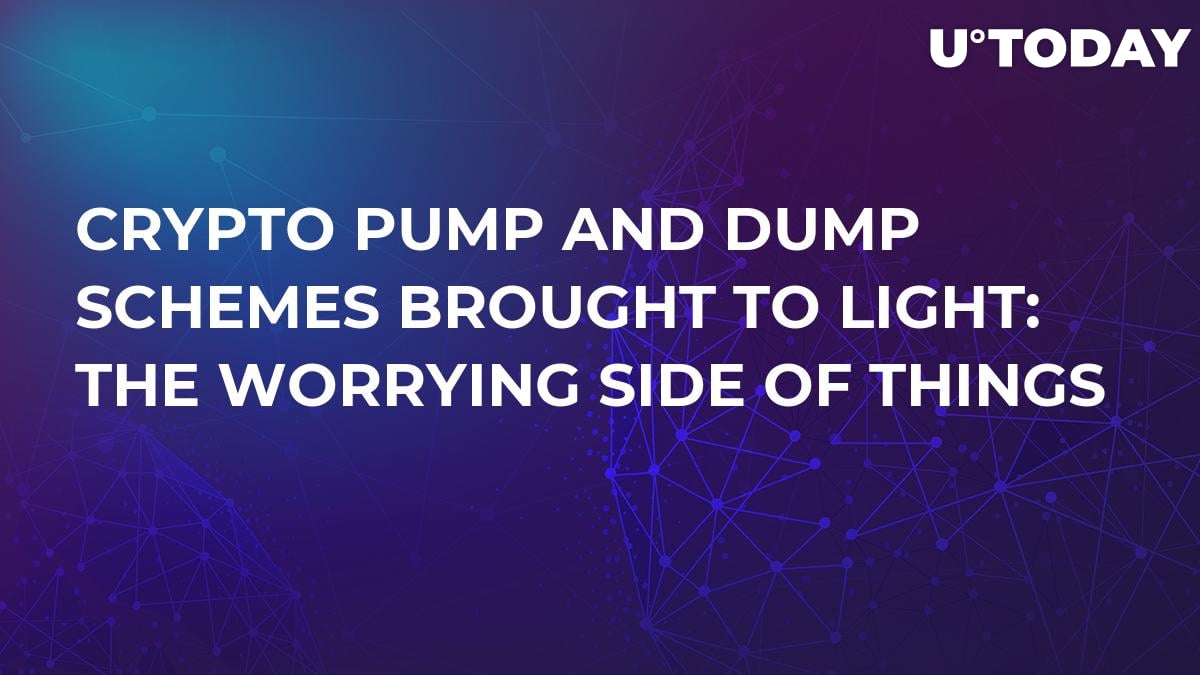 The Social Science Research Network (SSRN) revealed that there is a hugely concerning amount of pump and dump schemes that have been enacted on the cryptocurrency market, conducted through messaging apps.

This research from SSRN shows that they uncovered 4,818 pump and dump attempts between January and July this year. This data was derived from messaging platforms Telegram and Discord.

The explosion of cryptocurrency tokens brought about through ICOs, as well as the hype and excitement in the volatile cryptocurrency market throughout 2017, enticed many speculative investors who were trying to get in at the bottom of some of the famous rallies seen by these digital assets.

This fever of investing has been taken advantage of countless times by these pump and dump artists, and this research shows just how rife it has been in six months this year alone. It is proof and vindication for the regulators and institutional investors who were reluctant to get in on the cryptocurrency market, and of course a huge blow to the reputation of the market.

This sort of market manipulation is nothing new for the cryptocurrency space; there has been evidence of pump and dump schemes in the past being uncovered on Telegram. In fact some of these pump and dump groups have been advertised in the past as competitive structures looking to entice new members.

The paper published by SSRN explains:

“The recent explosion of nearly 2,000 cryptocurrencies in a largely unregulated environment has greatly expanded the scope for abuse. Pumping obscure coins (with low volume) is much more profitable than pumping the dominant coins in the ecosystem, but at the same time Bitcoin is not immune from the pump-and-dump phenomenon.”

The report managed to identify 76 Bitcoin pump and dump groups on Telegram and six on Discord.

The reaction from regulators about this type of manipulation has seen the likes of the SEC refrain from enabling a Bitcoin ETF, as well as two bills, dubbed “The Virtual Currency Consumer Protection Act of 2018” and “The U.S. Virtual Currency Market and Regulatory Competitiveness Act of 2018”, in the US being put forward to try and deal with these instances.

The idea that such market manipulation is being done and easily coordinated on messaging groups is greatly concerning for the reputation of a market that is purporting to be decentralized and free from any sort of coercion or corruption.

Because the market is still so new, and there is an influx of smaller and easily targeted coins, these market manipulators are having an easy time of it. The catch is that the regulators who are starting to enter and sort this out are also cautious, and that caution is spreading to institutionalized investors and companies.

With all this ‘Wild West’ action going on, many are being kept at bay and the market is not being allowed to grow and expand. Because of its decentralized nature, ironically, it is a lot harder to regulate and streamline so that it can gain bigger mass adoption.