Yuri Molchan
Crypto influencers – Pomp, Peter Schiff and Mike Novogratz – are trolling each other regarding who has more followers on Twitter, remembering to argue about BTC and gold 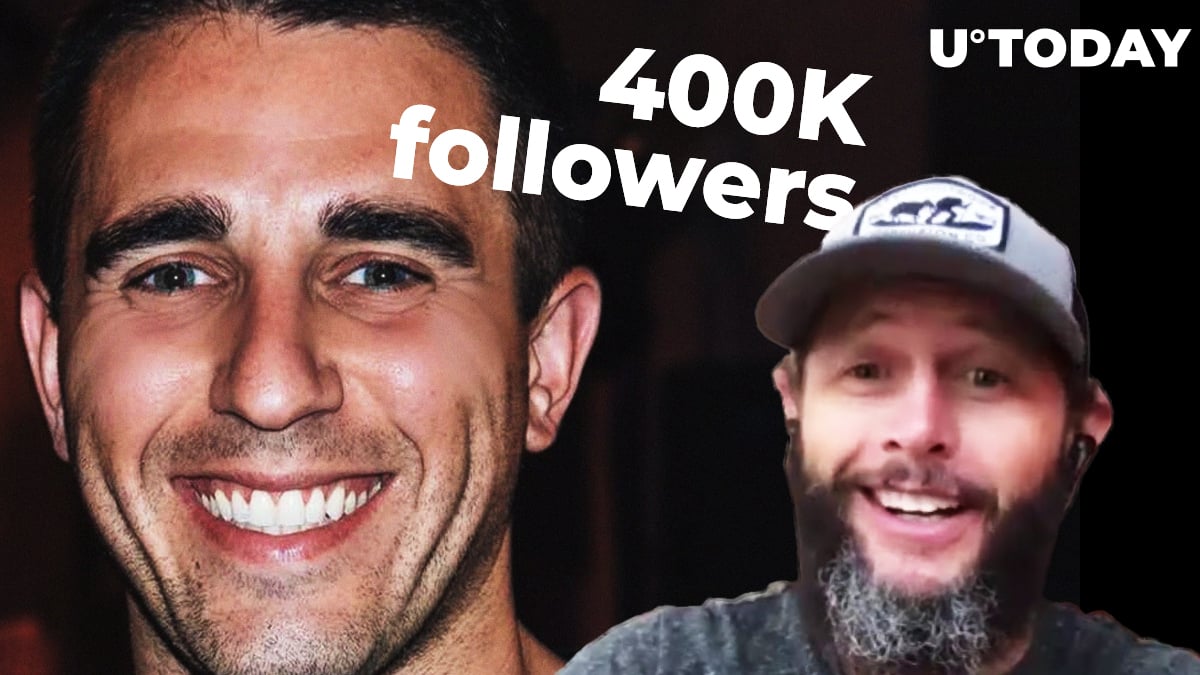 As the amount of Morgan Creek Digital cofounder Anthony Pompliano's followers on Twitter has exceeded 400,000 people, Bitcoin critic Peter Schiff began trolling Pomp about that, again telling him that Bitcoin is a bubble.

Euro Pacific Capital CEO and founder of the same-name bank, Peter Schiff—who is a vocal Bitcoin critic—has congratulated Anthony Pompliano (aka Pomp) on surpassing the milestone of 400,000 Twitter subscribers.

Schiff pointed out that Pomp is now ahead of him by almost 100,000 followers. However, he assumed that, after Bitcoin deflates and gold wins as the only safe haven and store of value, he may be able to surpass Pomp in terms of audience expansion.

Peter Schiff also tweeted that Bitcoin has failed to reach a new ATH and has corrected and that could be a bad omen for BTC. However, he prefers to see how far the current Bitcoin decline will go, before making any conclusions.

Let's see how low this current decline takes it.

Jason A. Williams posted a tweet similar to Schiff's, mocking the gold bug and saying he has a chance of leaving Schiff behind regarding subscribers: when gold holders start acquiring Bitcoin, they will realize that it is the best store of value.

Congratulations to @PeterSchiff for hitting 300k Twitter followers. You're almost 250k ahead of me. However, I may have a chance to pass you after the the gold bugs wake up from their scotch stupors to realize #Bitcoin is the fastest horse in the store of value race.

Billionaire and founder of Galaxy Digital cryptocurrency fund, Mike Novogratz, has joined the influencers who are trolling each other, complaining that Peter Schiff has twice as many Twitter subscribers as he does.

Bitcoin advocate is more popular than a gold bug

The fact that Bitcoin advocate, entrepreneur and podcaster Pomp has more followers on Twitter than his opponent, Schiff, could signify that Bitcoin is becoming more popular than the gold so much loved by Peter Schiff.

Even though Schiff keeps tweeting against Bitcoin, calling it a bubble and praising gold, the fact that Bitcoin remains the subject of his multiple tweets leads the community to assume that Schiff is likely to be drawing attention this way and perhaps he even holds Bitcoin.

The latter assumption is based on community speculation though, since earlier this year, Schiff admitted to having lost access to his Bitcoin wallet with a tiny amount of BTC he received from Erik Voorhees as a present.

Schiff lost access to his crypto wallet as he confused the PIN for his BTC wallet app for its password.