Yuri Molchan
Crypto libertarian John McAfee has broken his Twitter silence from prison again, joking that he may be added to the Guinness Book of World Records 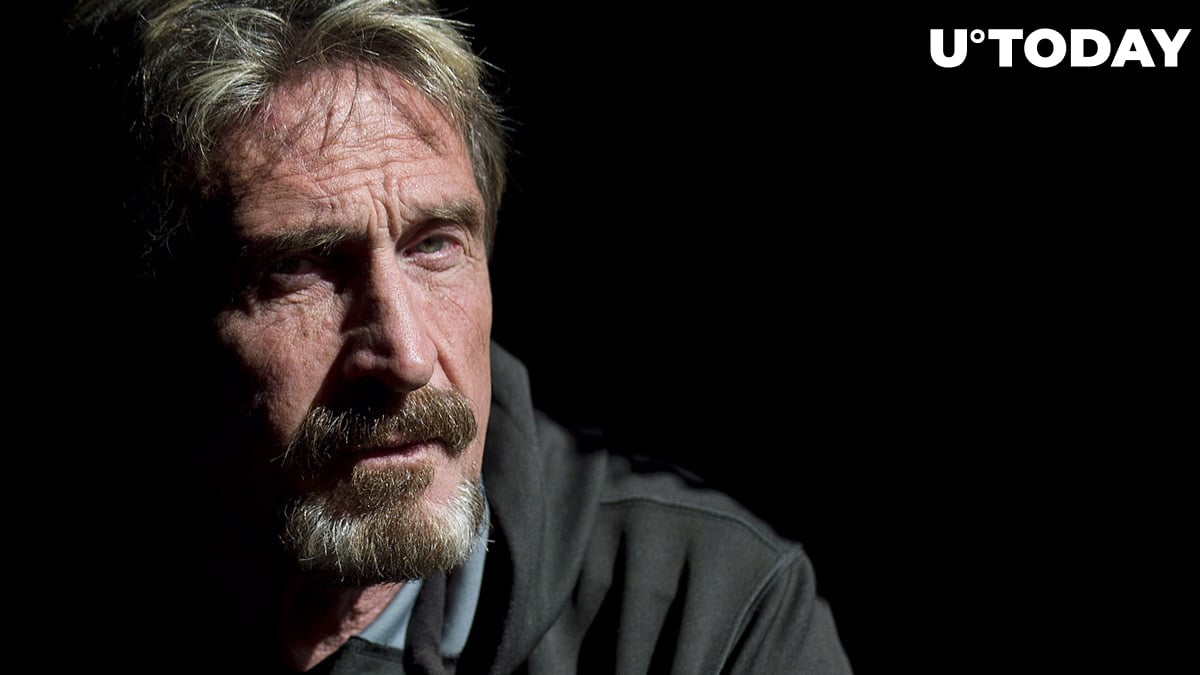 Crypto baron and creator of the first antivirus software company, John McAfee, has sent a tweet from his prison cell where he has limited access to the internet and shares news and observations from his jail surroundings from time to time.

"Will make the Guinness Book of Records"

In his recent tweet, John McAfee revealed that he is the oldest person in the prison now. While he is already 76, he wrote, he may have to wait for his Spanish trial for another two years.

Then, McAfee goes on, if Spain rules in favor of his extradition, he will have years of delays, appeals, etc., in the U.S. before he is found guilty.

If McAfee's extradition does happen, he is likely to be in for at least 13 years in prison: five years of sentencing minimum plus one year in jail for each of the eight years he refused to pay taxes to the American IRS.

He concludes that, by the time he is sentenced in the U.S., he may be in his mid-eighties. This may earn him an entry in the Guinness Book of World Records, John wrote ironically.

As reported by U.Today previously, the crypto libertarian McAfee tweeted that the Spanish prison is not that bad and he has been using a plastic bottle with a cut-off bottom as a shower head.

In his tweets from prison, McAfee has been sharing his thoughts about life in general, power, politics and existential philosophy.

Related
John McAfee: There Is Zero Chance Spain Will Extradite Me

I haven't filed for eight years, but I owe no taxes

John McAfee was taken into custody in Spain in October of last year after the U.S. Department of Justice indicted him for hiding gargantuan profits from ICO promotion, consulting cryptocurrency projects and other things, as well as for not filing tax returns for eight years in a row.

According to media reports, McAfee made a whopping $23 million on those activities, besides selling the rights for his life story to be turned into a documentary. Also, a feature film, "King of the Jungle," was in the works.

McAfee rejected Johnny Depp for the title role in this biopic. No news of the film going into production or being released is available yet.

Turning his back on Bitcoin

McAfee used to be one of the most vocal Bitcoin supporters. He even made a promise to eat his own privates on national television unless BTC hit $1,000,000 by Dec. 31, 2020.

Explaining his pro-Bitcoin campaign in the past, McAfee wrote that he did it to land more crypto users, and it worked.