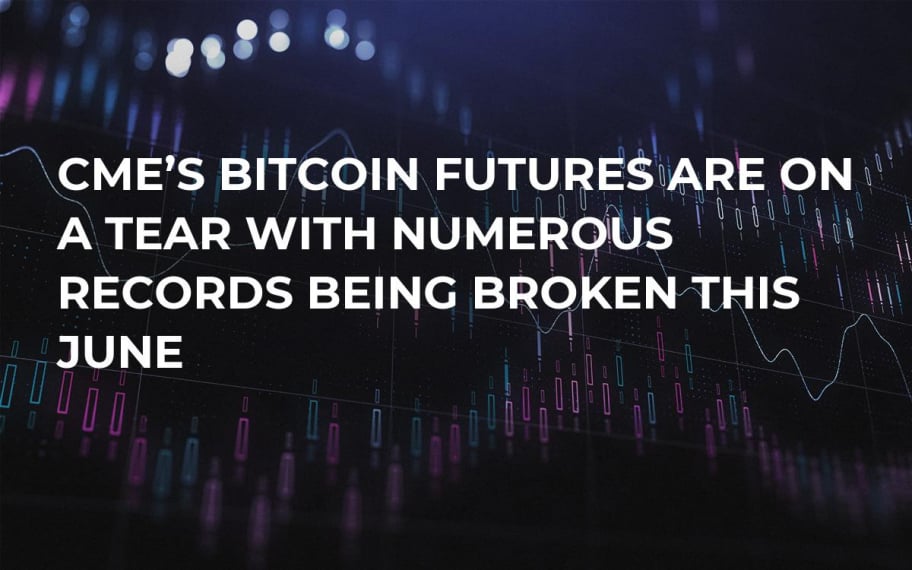 Bitcoin futures, which are offered by Chicago-based exchange CME, are currently in great demand as institutional investors are looking for a way to safely invest in the volatile asset.

According to Coindesk, the number of accounts sign-ups in inching closer towards 2,960 with 960 of them being created this year alone.

CME’s open interest has been gradually growing throughout the year. On June 26, there was 6,069 outstanding futures contracts that were yet to be settled (the highest number the exchange has seen to date).

The new open interest milestone also coincided with a staggering $1.7 bln in notional value, which was yet another record high for CME’s Bitcoin futures.

CME Bitcoin futures reached a record $1.7B in notional value traded on June 26, surpassing the previous record by more than 30%. The surge in volume also set a new open interest record of 6,069 contracts as institutional interest continues to build. $BTC https://t.co/WqXSPX0raR pic.twitter.com/HjGKb9a0ah

Of course, Bitcoin price is undeniably the main reason behind this surge, which peaked when the coin hit its yearly high of $13,888.

After hitting this sky-high price, BTC saw a 30 percent correction that pushed its price below the $10,000 mark once again, but that didn’t tamper the investor’s enthusiasm.

According to Gareth MacLeod of Gryphon Labs, traditional investors went long on BTC after the announcement of Facebook’s Libra.

It’s most likely traders in the traditional finance industry using CME to take a long position off of news about Libra.”

CME is reaping all the benefits of this growing institutional interest after its next-door neighbor Cboe left the stage right on the verge of Bitcoin’s new bull run.