Cardano, Solana and Avalanche: What to Expect from Ethereum's Competitors in 2023 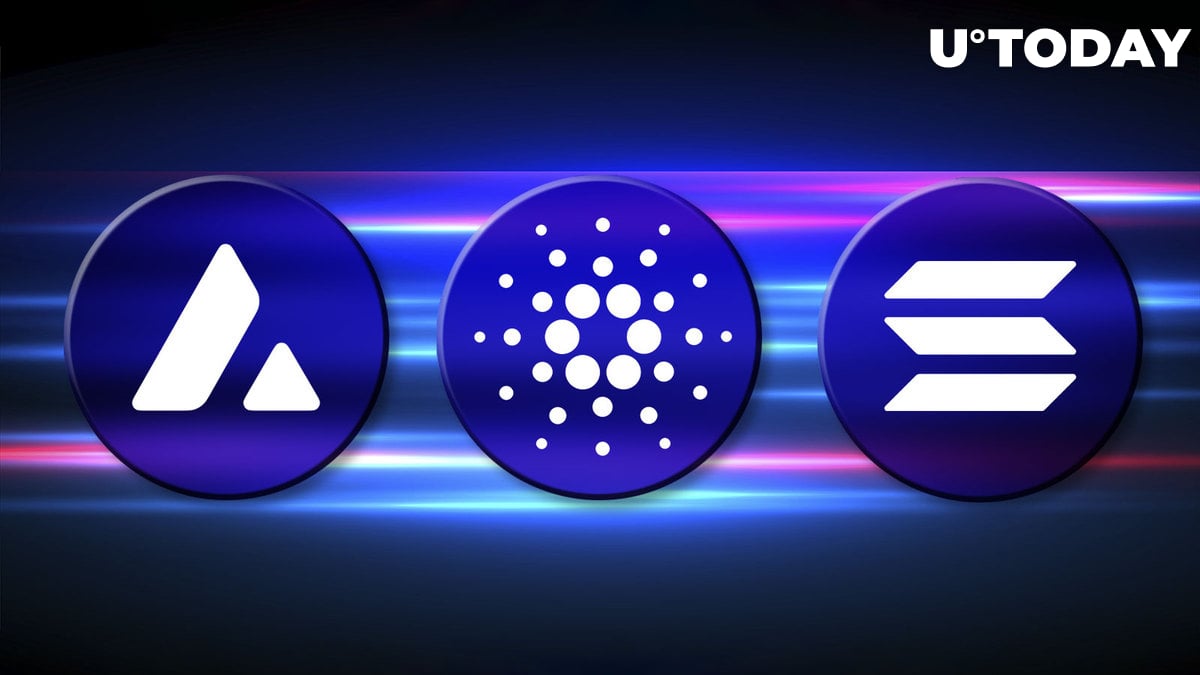 As noted in 2022, Ethereum's (ETH) competitors had a bad year. Although they were the big highlights of 2021, in recent months they have suffered from the bear market alongside other altcoins. But may this change in 2023?

One of the big bets for market growth next year are projects linked to scalability on ETH's network, such as Polygon (MATIC) and Arbitrum. As the Surge is scheduled to take place in 2023 and will be the update that will bring a more scalable blockchain to the leading smart contract platform, it is expected that this issue will be widespread and lead altcoins to a possible capitalization gain.

However, this does not mean that Ethereum killers will not have their place in the spotlight. Although they have challenges that need to be overcome, some highlights may be seen on Cardano (ADA), Solana (SOL) and Avalanche (AVAX). Let's look at what 2023 might look like for Ethereum's main competitors.

In first place is the oldest altcoin on this list. Cardano was launched in 2017 and has one of the strongest communities in the blockchain industry. Although in 2022 the ADA lost more than 90% of its all-time high seen in September of last year, it has maintained its network validators with one of the most attractive staking programs on the market.

Moreover, Cardano managed to pass the 4,000 smart contracts mark and has one of the most developed blockchains on the crypto market, proving that developers have maintained their interest in the altcoin. Right after Solana's giant fall, the cryptocurrency gained even more room to grow in capitalization.

Furthermore, in 2023, stablecoins will arrive on the ADA network, and this could be a bullish catalyst for the cryptocurrency. After all, more stablecoin assets could cause it to continue increasing its total value locked (TVL) in decentralized finance (DeFi).

However, the dark side of a stablecoin can also plague Cardano. In 2022, the crypto market observed how projects that were working with stable assets suffered, as maintaining a token's parity with the U.S. dollar is not an easy task.  Waves, Terra Classic and Tron have shown great failure because of their stablecoins, and this may be the downside that binds ADA next year.

Without a doubt, Solana is the altcoin on this list that needs to reinvent itself the most, and not only because of SOL's constant network outages.

The altcoin has experienced a sharp decline because it is a crypto backed by Sam Bankman-Fried (SBF), and the entrepreneur's companies have staked a large amount of money not only on Solana but also on tokens from its ecosystem.

However, this has not affected Solana's growth in the non-fungible token (NFT) sector. After Ethereum, Solana's network remained the leader in this market. Of course, it should be noted that Solana has a fast network and low fees, something that while not unique to the altcoin, is still attractive.

Meantime, in 2023, Solana may cling not only to these points, as this may not be a bullish factor for its token. The NFT market is seeking more maturity, so highs as in 2021 may not be seen, and this may not favor Solana in a market where scalability alone does not count for capitalization highs.

Avalanche was also one of the cryptos negatively affected by one of the 2022 collapses. When the Terraform Labs empire collapsed in May, AVAX plummeted 30%. In fact, this was a major fear for holders of the altcoin. By hitting the $32.50 mark, the crypto reached a level not seen since September 2021.

The drop occurred because investors feared a sale of AVAX that could be held by Luna Foundation Guard (LFG). The foundation had purchased over $70 million in Avalanche to hold the crypto as one of the protectors of the former UST peg.

However, this was no deterrent for the Avalanche team to make important partnerships and releases that can help the Ethereum competitor stand out in 2023. A notable example of this is the arrival of the Core cryptocurrency wallet, which in addition to being compatible with Avalanche, is adaptable to other EVM-compliant blockchain ecosystems.

The wallet has even caught the attention of Coinbase, one of the leading exchanges on the crypto market. The Bitcoin and altcoin trading platform now allows its users a new option to convert money into cryptocurrency in the Core extension for use in DeFi, NFTs and transfers.