Jack Thomas
?? Cardano is on the brink of its next stage – Cardano 1.5 – and perhaps this positive news is the reason why ADA is up?? 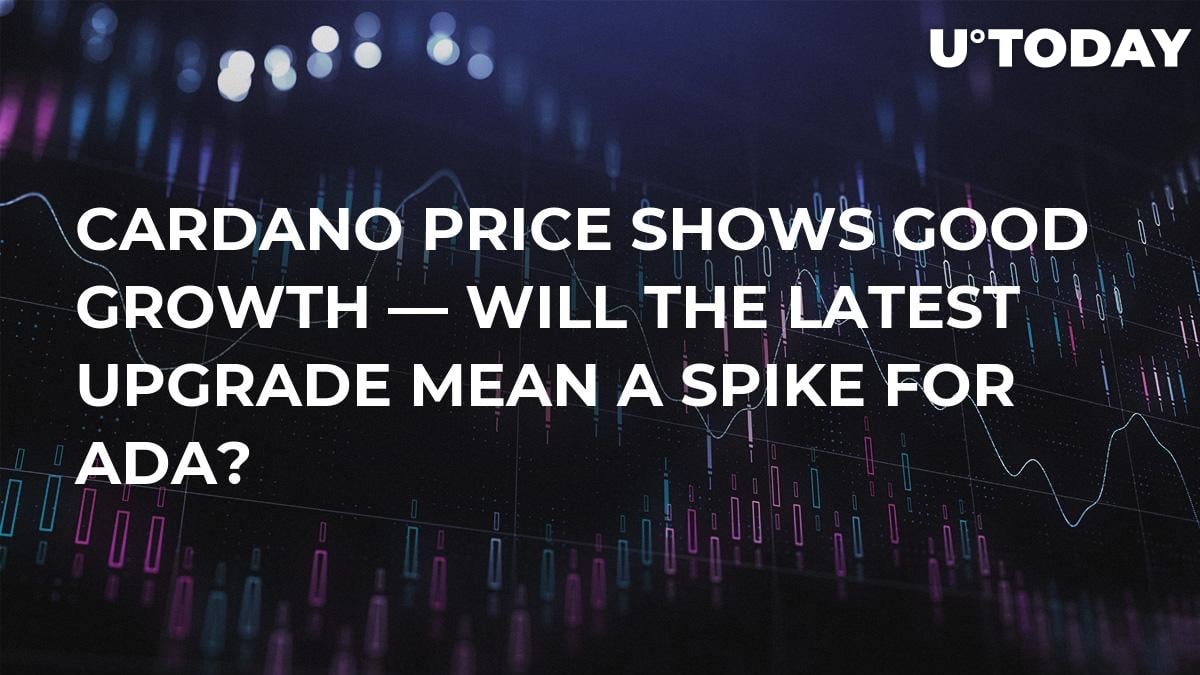 Cardano is one coin that is showing decent growth amongst a sea of small losses today. Is it because project Shelley is on the horizon, thanks to Cardano 1.5, an improved consensus protocol, that the price of its token, ADA, is on the move?

Cardano is an interesting project, and it is one that has been focused on quality, by its own admission. It has been rather slow with its upgrades: it has been three years now, and after active research and trailblazing, the testing of Cardano 1.5 marks the end of the Byron development phase as project Shelley makes its way through the door.

This is an important milestone for Cardano that allows for proper consensus protocol transition from Ouroboros BFT to Genesis designed for Shelley. But the question that needs to be asked is, will this upgrade of the project lead to good growth for ADA?

A focus on quality

What has become evident in terms of cryptocurrency investing, especially with altcoin projects, is that there have been positive reactions to good news, as well as positive advancements in the projects.

One clear proponent of that is Binance Coin. The native token of Binance is flying in the first quarter of 2019 thanks mostly to the fact that Binance, as an exchange, is performing well and advancing its own work in a positive manner.

There have been boosts for tokens such as Litecoin and EOS as they have posted good news about their own adoption and advancement as projects, and now, with Cardano doing the same, the positivity is having an effect.

Good growth in a red market

In general, the cryptocurrency market has been trading mostly flat, with some incremental growth over the last seven days. However, today marks a day of mostly red numbers, although they are predominantly small losses.

ADA is, however, up 2.5 percent, and looking across the last seven days there has been steady growth – the kind of growth one expects from good work within the project rather than just speculative investing. 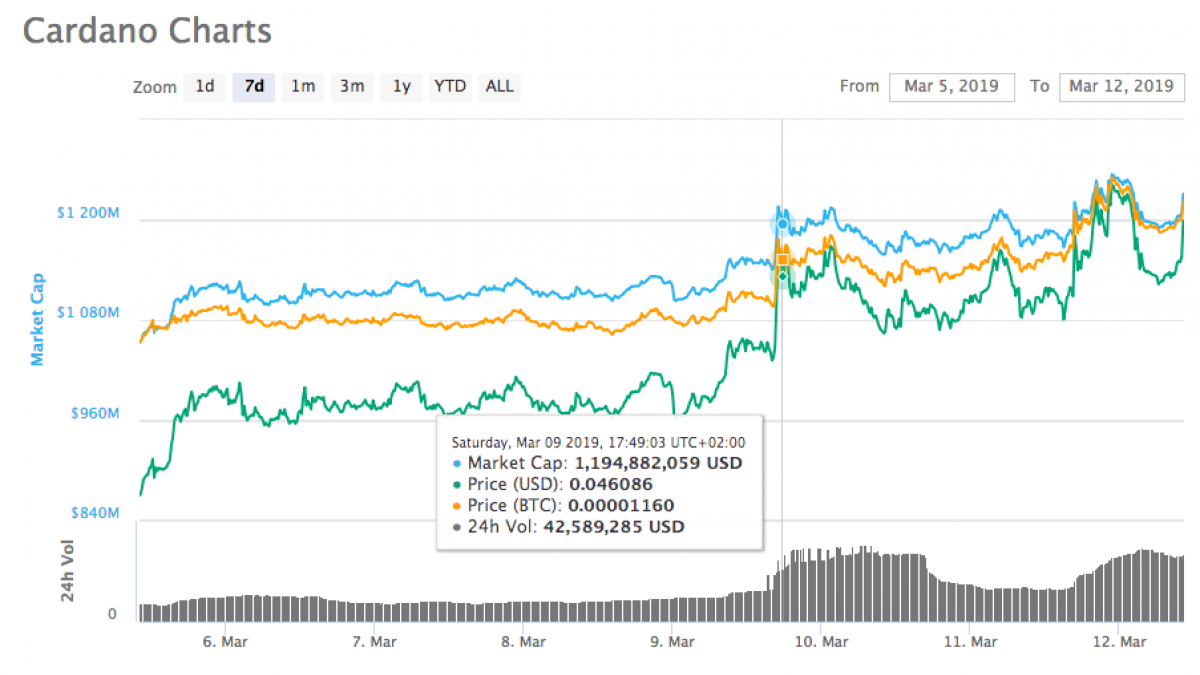