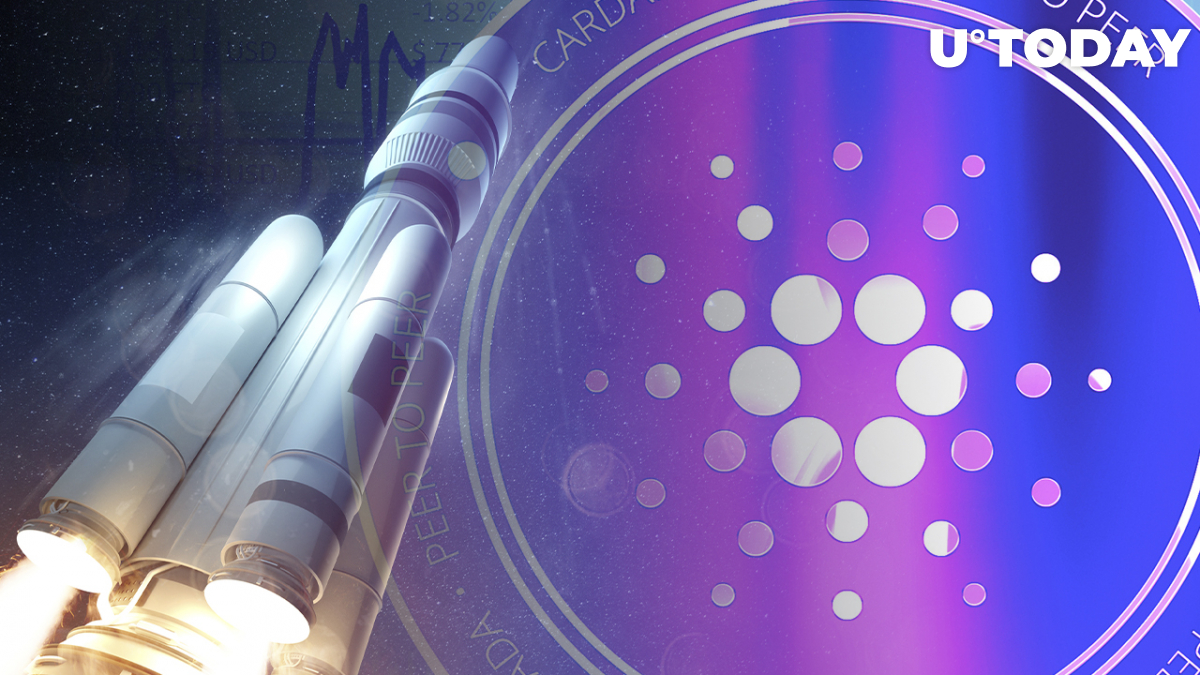 #Cardano is again the first network when it comes to the highest transaction volume in the last 24 hours. $ADA pic.twitter.com/TCdtmNYWQN

Adjusted transaction volume is still a good way to isolate only the most important transactions. Cardano outperformed both Litecoin and Ethereum in adjusted volumes, with a 24-hour volume of $16.71 billion, compared to Litecoin's $97.81 million and Ethereum's $3.84 billion.

U.Today earlier reported on Cardano outpacing leading cryptocurrencies Bitcoin and Ethereum in transaction activity, as well as a spike in new ADA addresses.

As reported by the Cardano Blockchain Insights Twitter handle, the Cardano blockchain has grown by nearly 13 GB since the start of 2022, indicating massive chain activity.

Since 1st January Cardano Blockchain grew by about 13 GB. Historically speaking this is a lot and clearly there is a lot of chain activity. pic.twitter.com/kV15bjeP9O

Cardano remains one of the most actively developed networks in the blockchain industry as per Santiment data. Cardano is still in the top three in terms of contributions, according to the Activity Contributors Count.

More developers have begun to leverage the Cardano blockchain and produce new use cases with the availability of smart contracts functionality. The SundaeSwap decentralized exchange platform is the largest yet, with at least 98% of the total value locked.