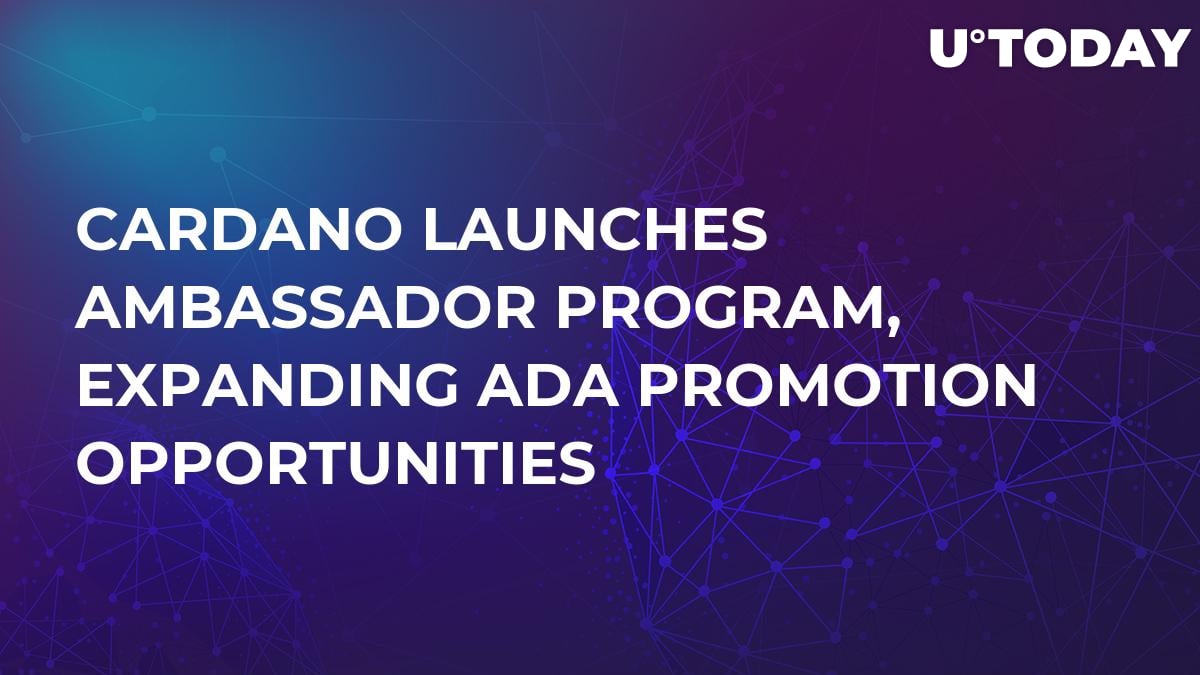 On Thursday, the Cardano team made it public on their official Twitter account that the platform has launched Cardano Ambassadors into operation. They explain that these will be people who will go out of their way to ensure that the Cardano community, ADA and the platform will receive the necessary and even extensive support and contributions from all sides on a regular basis.

We are very excited to announce the launch of the Cardano Ambassador Program! This program helps us recognize and acknowledge the good work happening in the community. Learn more here: https://t.co/y45zmBgpdi #CardanoCommunity

What the new ‘division’ will do

This may include any assistance with translation of any info on the platform/coin into other languages or arranging local team meetings on the Cardano community, as the one which U.Today recently reported about to do with Monero (XMR) in the Netherlands. As per Cardano reps, this is already happening without anyone being called the pretty word “Ambassador”. However, this program will allow the ADA team to recognize and publicize their contribution. They also intend to use the new initiative to boost the awareness of Cardano globally.

In its blog, Cardano reps write that they are inviting people to join the team of Ambassadors. The following roles will be required: assistants to arrange meetups, moderators for forums and chats, pros for the creation of content and translators into foreign languages.

However, the company does not specify whether this will be voluntary work or if they are going to offer any incentives.

Anyone who wishes is urged to fill in a ‘nomination form’ mentioning the strong points which could be of use to the community. One ADA user has already inquired in the comments if this work is going to be paid or not.

All work and no play makes Jack a Cardano Ambassador

It is worth noticing that you do not get to be called a Cardano Ambassador. As per the blog post by Cardano, you have to earn this status first, with your hard work in the name of the company and the ADA community.

Later on, the post says, the Cardano team may come up with more roles for potential Cardano Ambassadors.

Presently, Cardano (ADA) is trading in position #11 of the top-20 coins list, standing at $0.39 at the time of writing. Over the last 24 hours the coin has shown a 2.40-percent decline along with the majority of the other coins on the top-20 list.