Alex Dovbnya
With each announcement, Tron is shifting the balance of power in the crypto space, and there is every reason to believe that the coin will dominate 2019 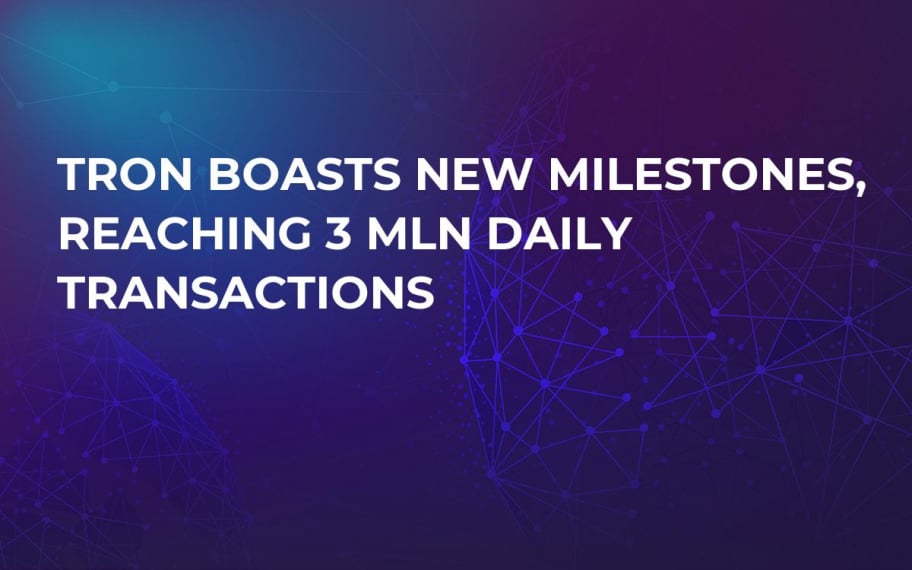 Justin Sun, the CEO of Tron, has made a dazzling announcement on Twitter about Tron (TRX) finally reaching 3 mln daily transactions. The top 10 cryptocurrency continues setting new records even during the current crypto winter.

A new milestone has been set

This is considered to be a historic record for Tron since none of the top 5 currencies was able to record such a gargantuan amount of transactions in a single day. Ripple’s daily transaction record is currently set at 1.65 mln (which is still a far cry from Tron’s most recent numbers). Meanwhile, Bitcoin, the world’s flagship currency, was only able to process 490k transactions at max.

The Tron party doesn’t stop there: Sun took to Twitter to say that Tron has reached an important milestone of 100 mln transactions on Dec. 16.

Another important announcement pertains to the network fees. Tron has already reached a $0.1 fee, and it is quite possible that transaction fees will go to null by Friday.

Last week, Tron also made a substantial amount of buzz in the crypto space by launching its own decentralized exchange TRXMarket with three TRX20 coins. 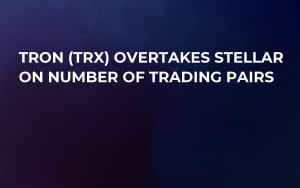 Capitalizing on the bearish market

That number seems ludicrous if one takes into account the current state of the cryptocurrency industry with Bitcoin barely hovering above the $3,100 level. However, Tron has managed to find a way out of this predicament by taking advantage of the market bears to increase its daily transaction volume. The network has recently adopted a militant approach to dealing with its competitors — they’ve launched a fundraising campaign for EOS and Ethereum developers if they ditch their respective networks for Tron.

A sudden spike in the number of transactions is inextricably attributed to developers gradually flocking to the Tron network. Apart from enjoying financial incentives, they also can code in simpler languages than Ethereum’s Solidity.