Tomiwabold Olajide
This might be just the beginning of collaborations 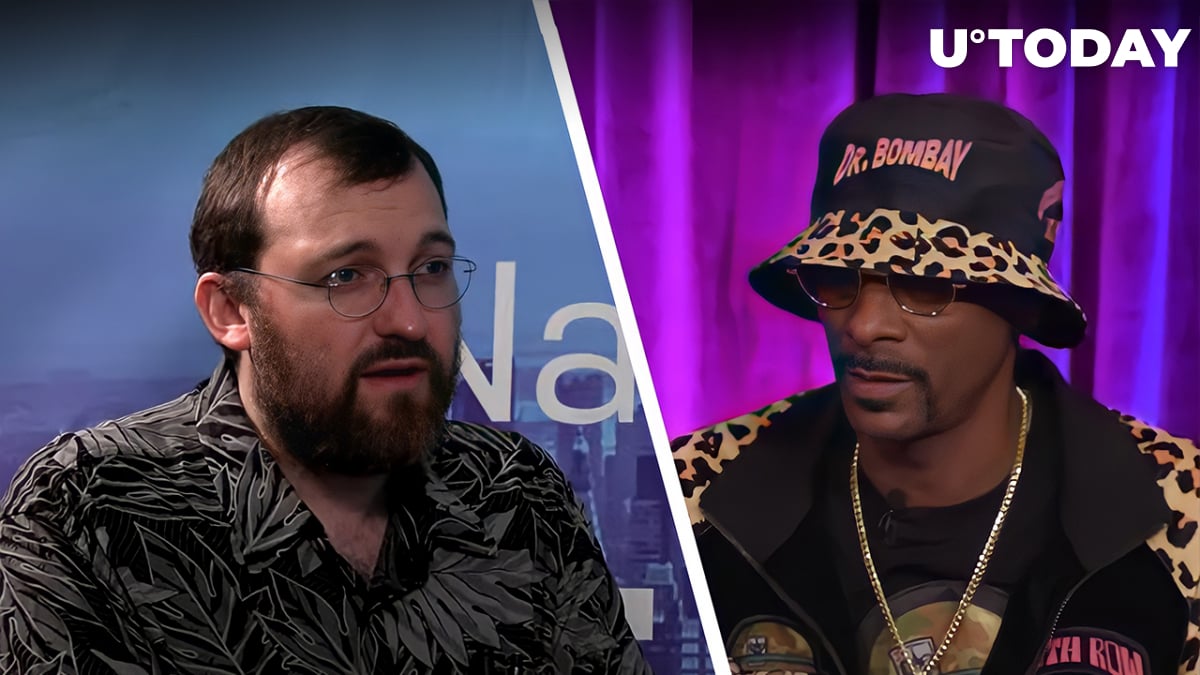 Snoop Dogg and son, Champ Medici, have extended their invitation to Cardano founder, Charles Hoskinson, to feature in their new music video.

Let's figure it out

Champ Medici wrote in a tweet: "We are shooting the music video and would love to have you in it," to which Charles Hoskinson responded, "Let’s figure it out." Champ also extended invitations to members of the Clay Nation who would like to be featured in the video.

🚨Yo Charles🚨 @IOHK_Charles how you like your shoutout on the new @SnoopDogg @deathrowmusic album 🎵🐐 pic.twitter.com/swP16XJrDu

This might be just the beginning of their collaboration, as the iconic rapper Snoop Dogg held a Twitter party with the Cardano founder in early April.

As previously reported by U.Today, Champ Medici, a crypto investor and NFT artist, expressed his strong belief in the Cardano ecosystem and its creator, Charles Hoskinson, while teasing upcoming music content for Cardano.

Activity ramps up ahead of Vasil's hard fork

In its most recent weekly development update, Cardano’s IOHK shares preparations for the upcoming Vasil hard fork, tentatively slated for the end of June. The Daedalus team finished the upgrade implementation of Webpack 5.

As earlier reported, Ledger Live added support for Cardano's ADA during the past week.

In its weekly report, IOHK supplied a chart providing network growth information. Currently, 1,020 projects are building on Cardano, while a total of 90 projects have recently been launched on Cardano. The number of NFT projects has climbed to 5,868, and the number of Plutus scripts is now 2,817. Cardano native tokens have also surpassed 5.2 million.