Cardano Dominance Drops, This Might Be Gamechanger, According to ADA Whale 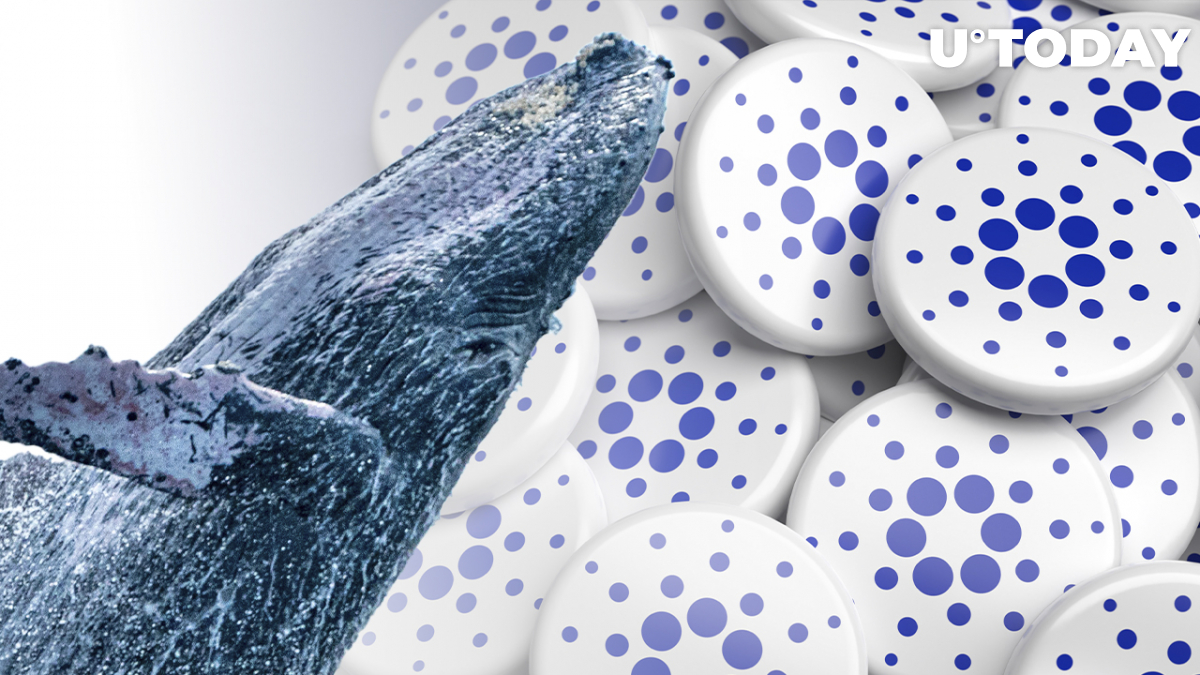 The Cardano user believes regulation might be a gamechanger for the cryptocurrency market. Regulation continues to be among the most discussed topics in the crypto industry.

As previously covered by U.Today, European Parliament's plan to clamp down on self-hosted wallets became a reality as the EU Parliament voted to ban anonymity in crypto. The draft of the amendment, however, does not specify any lower limit for crypto transfers, meaning that all of them will be subject to identity checks. Some crypto proponents see the amendment as a ban on anonymity in crypto, with Tether CTO Paolo Ardoino describing it as a "big step back for human rights."

Being as compliant as possible with future regulation should be at the top of any #blockchain project's thought process.

The 2017 cycle woke up the regulators of the world, this cycle they are drawing up plans.

The industry will by thanking #Cardano's diligence soon enough ? pic.twitter.com/TZxbeF9CUQ

The Cardano Foundation recently announced its research collaboration with the Blockchain and Distributed Ledger Technologies (BDLT) Group at the University of Zurich. The research seeks to explore different angles on the core questions surrounding Cardano as a secure, scalable and decentralized system.

The Cardano network recently reached a new milestone of over five million addresses functioning on the network with a year-to-date increase of 48%. The strong increase in the number of users correlates with the rising number of dApps and solutions on the network, showing the fundamental growth of the network.

Back in March 2021, the number of addresses on the Cardano network totaled around 2.6 million. At the time of publication, ADA traded down 3% at $1.05. At its present price, ADA remains down nearly 66% from its all-time high of near $3.