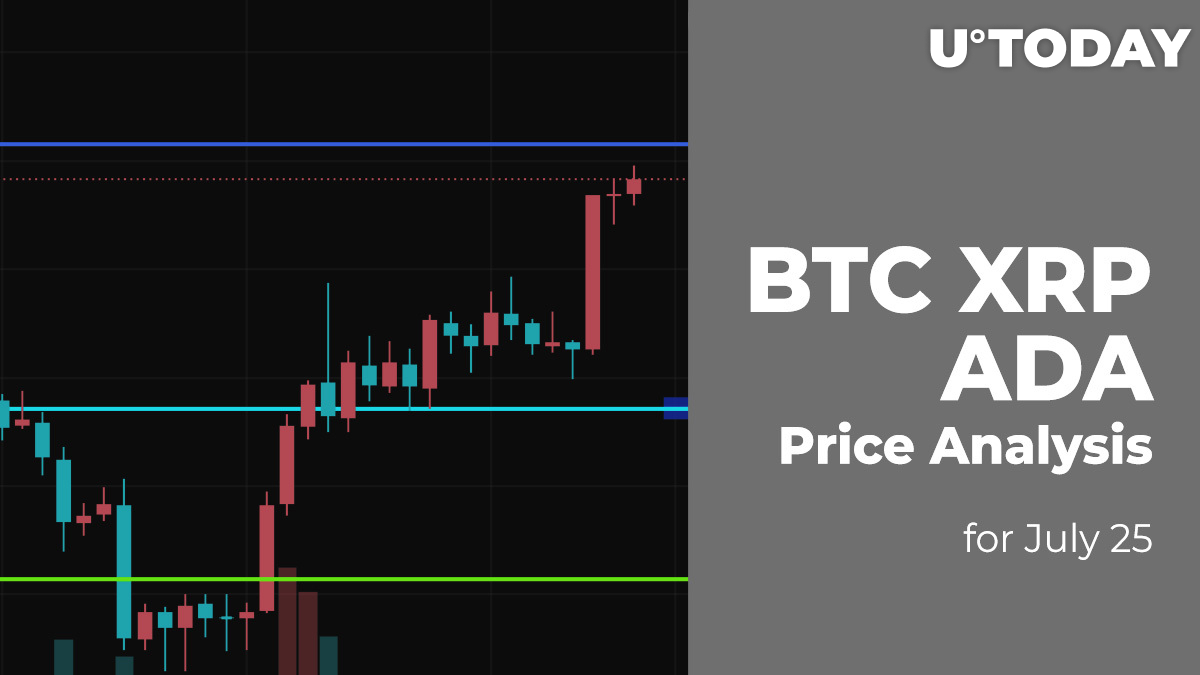 The last day of the week has started with bulls being firmly in control. However, bears have almost seized the initiative.

The passing week has been positive for Bitcoin (BTC), with its price rising by 8 percent.

At the moment, the more likely price action is continued growth to the level of the most liquidity around $37,000 where a correction might happen.

The price of XRP has gone down by 0.18 percent since yesterday. Overall, it increased by 2.83 percent over the past week.

From the technical point of view, XRP may go lower since it could not fix in the area of $0.70. This is why it is reasonable to expect the retest of the support at $0.50 one more time.

Cardano (ADA) is the smallest gainer from the list. Its price has gone up only by 1.68 percent over the last week.

Even though the price of Cardano (ADA) has remained almost unchanged over the last week, the trading volume is low, which means that there is little intention to keep pushing the rate lower. This is why there is a high probability of seeing the test of the liquidity level at $1.33 next week.