Alex Dovbnya
CME Bitcoin futures contracts are in great demand after Bitcoin rose to $5,000, but they also could be the reason why the rally happened in the first place 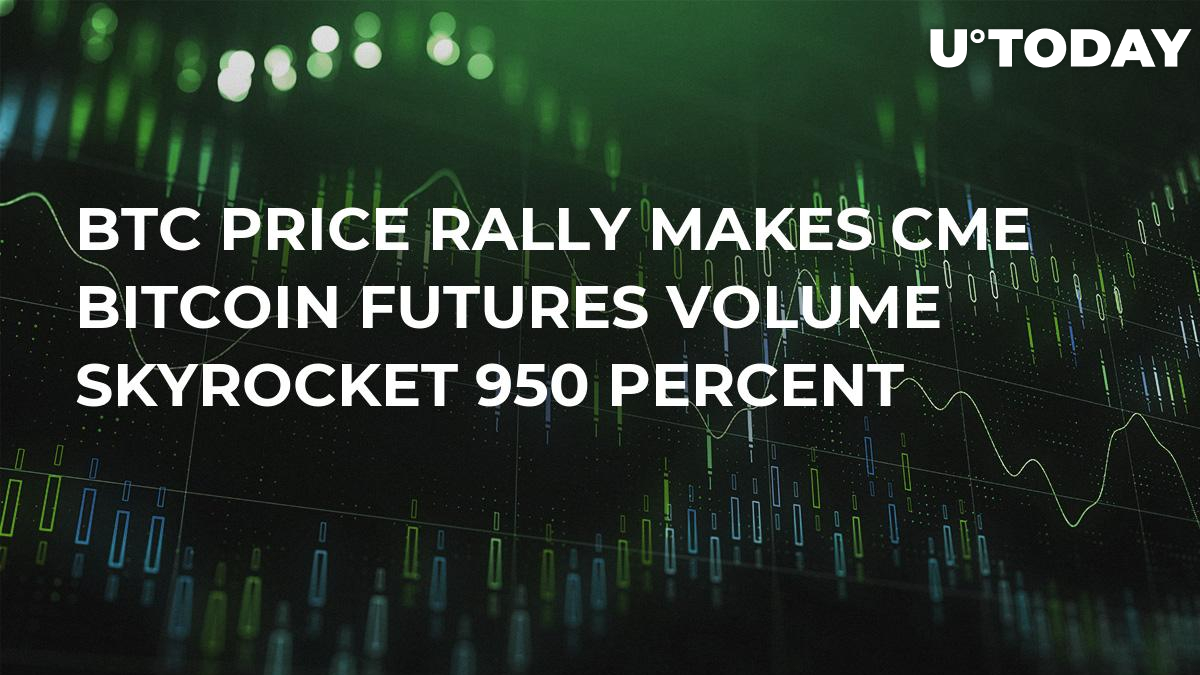 CME, the world's largest futures exchange, has recently witnessed a rapid increase in the number of Bitcoin futures trading contracts. On Apr. 4, CME traded $563 mln worth of BTC futures contracts, which means that its daily trading volume skyrocketed by a whopping 950 percent since the beginning of the month.

On Apr. 2, Bitcoin’s price skyrocketed 20 percent, which allowed it to break above the $5,000 mark for the first time since November. That was undoubtedly the main factor why the volume of CME Bitcoin futures went through the roof.

While crypto pundits are still trying to understand the cause of the most recent Bitcoin rally, there is also a theory that the futures market could be behind it. VanEck’s Gabor Gurbacs explains that the price spike was preceded by the expiration of CME Bitcoin futures that took place on March 29. Gurbacs further explained:

‘A large chunk of positions were rolled (buying) into the new front month BTC futures contract. Over the weekend, heavy spot bitcoin and over-the-counter buying followed the bitcoin futures contract expiration pushing BTC price up slowly and gradually. As the price moved up in increments, over $500 million shorts have been liquidated on leveraged crypto derivatives trading platforms around the world.’

A large chunk of the market

As reported by U.Today, Bitwise Asset Management has concluded that only 5 percent of Bitcoin’s total trading volume is legitimate. Apart from exposing fraudulent cryptocurrency exchanges that engage in wash trading en masse, it also lets us take a different look at Bitcoin futures. For example, the top 10 biggest exchanges traded about $684 mln worth of Bitcoin while CME traded $563 mln worth of Bitcoin futures on the same day.

Recently, Bitcoin bull Brian Kelly stated that CBOE’s decision not to extend its BTC futures contracts could mark the bottom of the bear market.