Denys Serhiichuk
Can popular altcoins withstand the decline of Bitcoin (BTC) and grow? 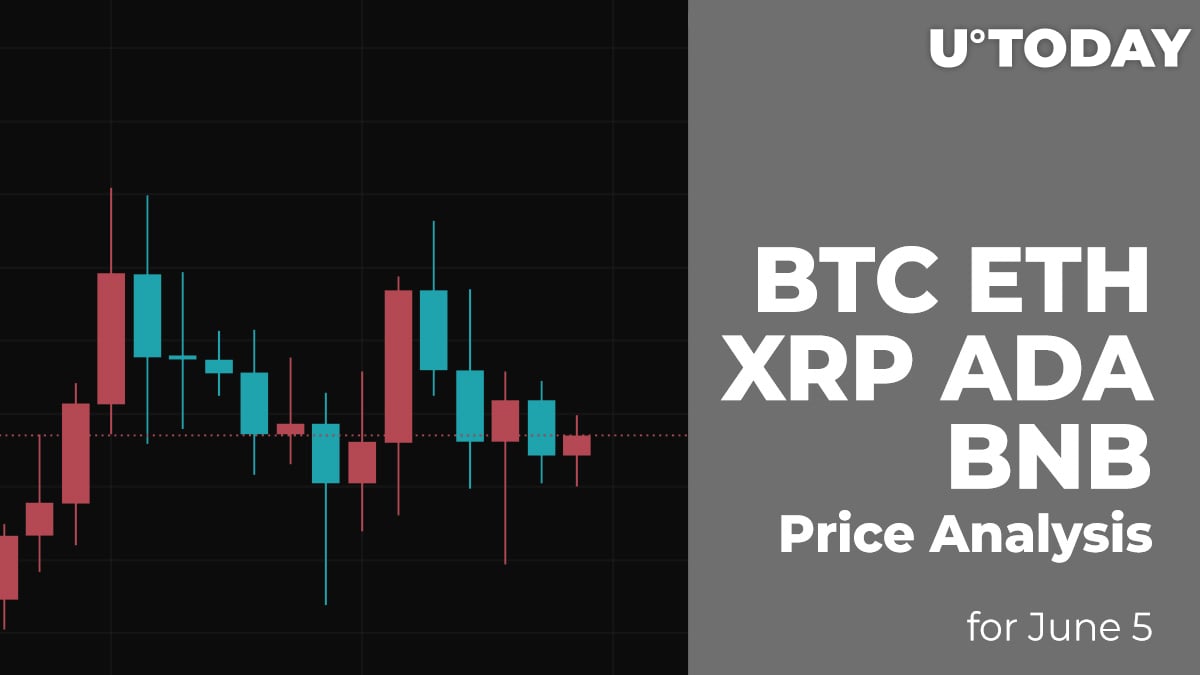 The weekend has begun with a neutral mood on the cryptocurrency market as some coins are in the red zone while others are in green.

Bitcoin (BTC) is the loser today as its rate has gone down by 2.58% since yesterday.

From the technical point of view, Bitcoin (BTC) is trading in a wide range between $32,000 and $40,000. At the moment, neither bulls nor bears are dominating the market.

However, the selling trading volume keeps declining, which means that a move to $42,000 may happen if the resistance is broken.

Ethereum (ETH) has lost less as the price of the main altcoin has declined by 1%.

Ethereum (ETH) is trading similarly to Bitcoin (BTC), also in a wide range. The breakout of the levels at $2,040 and $3,110 will be a signal of either bears' or bulls' dominance.

XRP is also not an exception to the rule as the popular altcoin has declined by 2%.

Even though XRP is trading sideways, it is more bearish than bullish as, after a bounceback, the price is coming back and confirming the power of sellers. In this case, there are high chances of seeing the ongoing drop to the level of $0.88 soon.

Cardano (ADA) is trading similarly to XRP as bulls have failed to fix above $1.89. In this case, there are high chances of seeing the retest of $1.50 one more time next week.

Binance Coin is the only gainer from our list, rising by 1.73%.

Despite the rise, BNB could not fix above $423, confirming bears' power. Thus, the buying trading volume has decreased, which means that a retest of the support at $347 may occur within the next few days.