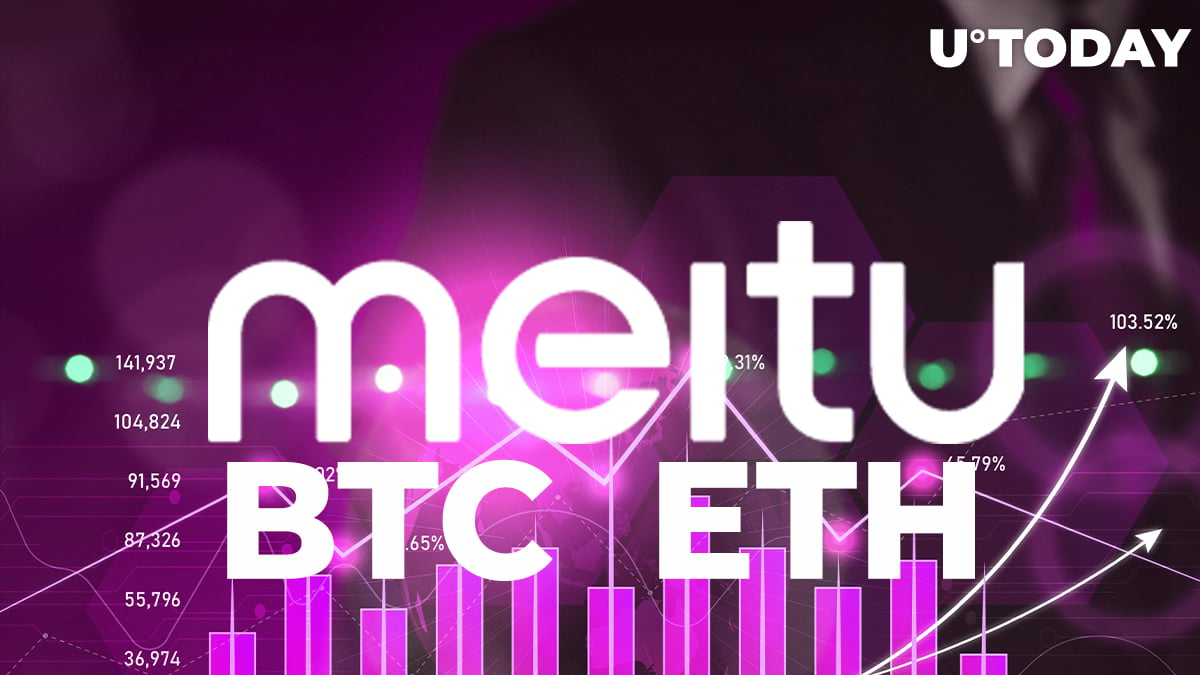 It was the first public company in China to invest in BTC and ETH.

Meitu's investment has shown an over 40 percent rise in Bitcoin and Ethereum after dropping by June 30 due to the major correction of the crypto market.

In March, Meitu bought the flagship cryptocurrency Bitcoin and the second most popular crypto, Ethereum, using its cash reserves. The board of the company agreed to buy up to $100 worth of crypto to put it on the balance sheet.

Meitu runs a popular photo-editing app with a 456 million user base.

Now, Colin Wu has tweeted that by June 30 (according to the semi-annual earnings report), the worth of their crypto investments shrunk by a total of 17 million yuan.

In early March, Bitcoin was trading in the $49,500 range and Ethereum was changing hands at approximately $2,400 per coin.

By June 30, as a result of a substantial correction of the market, Bitcoin dropped to the $35,000 level and the price of Ethereum decreased slightly to the $2,238 zone.

According to Wu's tweet, the total amount of losses on Meitu's crypto investments by June 30 was 17 million yuan.

8BTC cites the Meitu report, stating that on June 30, the fair value of Meitu's Bitcoin investments was $65 million, and they held $32.2 million worth of Ethereum.

By now, the worth of the tech company's crypto investment has soared 40 percent.

The price of Bitcoin on June 30 was only about 35,000 US dollars, and the price of Ethereum was about 2,100 US dollars, both of which have increased by more than 40% now. Meitu's investment in cryptocurrency is currently profitable.