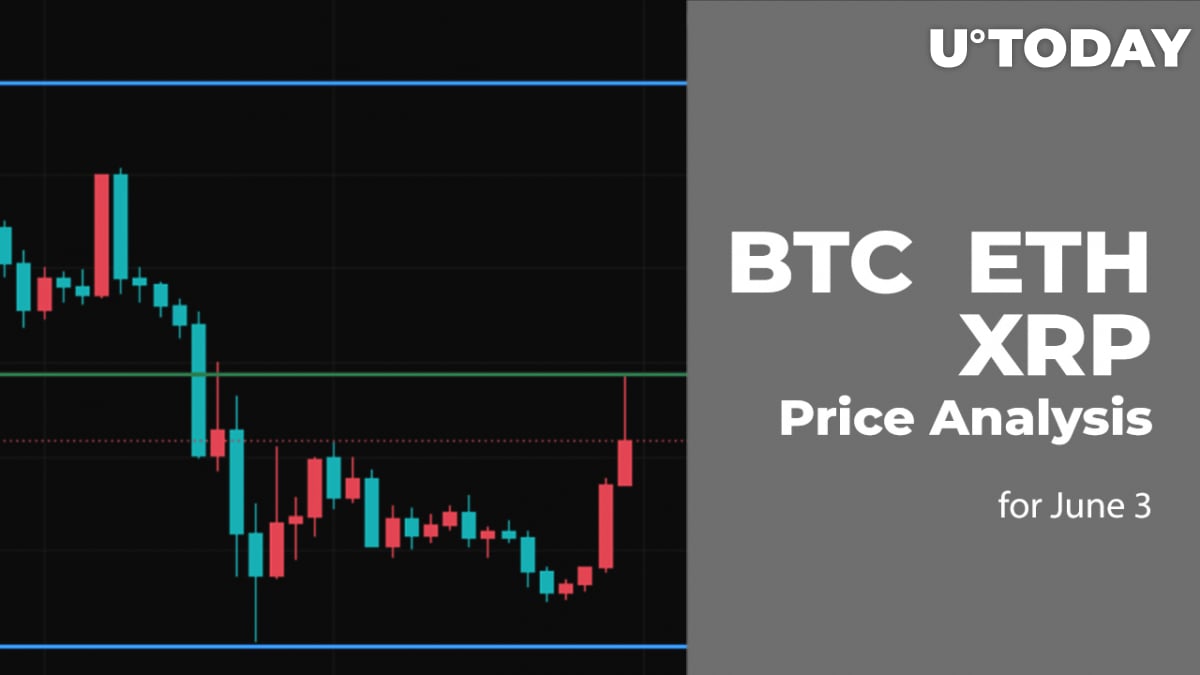 Bears have kept the pressure on, and the rates of all top 10 coins are going down.

Bitcoin (BTC) continued the drop after the failed attempt to fix above the $30,000 mark.

On the daily chart, Bitcoin (BTC) is on the way to the important level at $29,000. If bulls cannot hold and the daily candle fixes below it, there is a high chance to see the test of the support at $27,577 soon.

Ethereum (ETH) has lost more than Bitcoin (BTC) as the decline has made up almost 3%.

Ethereum (ETH) is looking worse as it is declining faster than Bitcoin (BTC). Thus, the selling volume remains high, which confirms bears' efforts to continue the drop. Likewise, traders can expect a sharp downward move below $1,700 if the price approaches this mark shortly.

XRP has followed the drop of other coins, falling by 2.61% over the last 24 hours.

From the technical point of view, XRP is trading similar to Bitcoin (BTC) as bulls could not seize the initiative after the test of the $0.43 zone. All in all, the drop to $0.37 might be a prerequaite for a continued decline below the $0.35 mark.