BTC, ADA and BNB Price Analysis for May 31 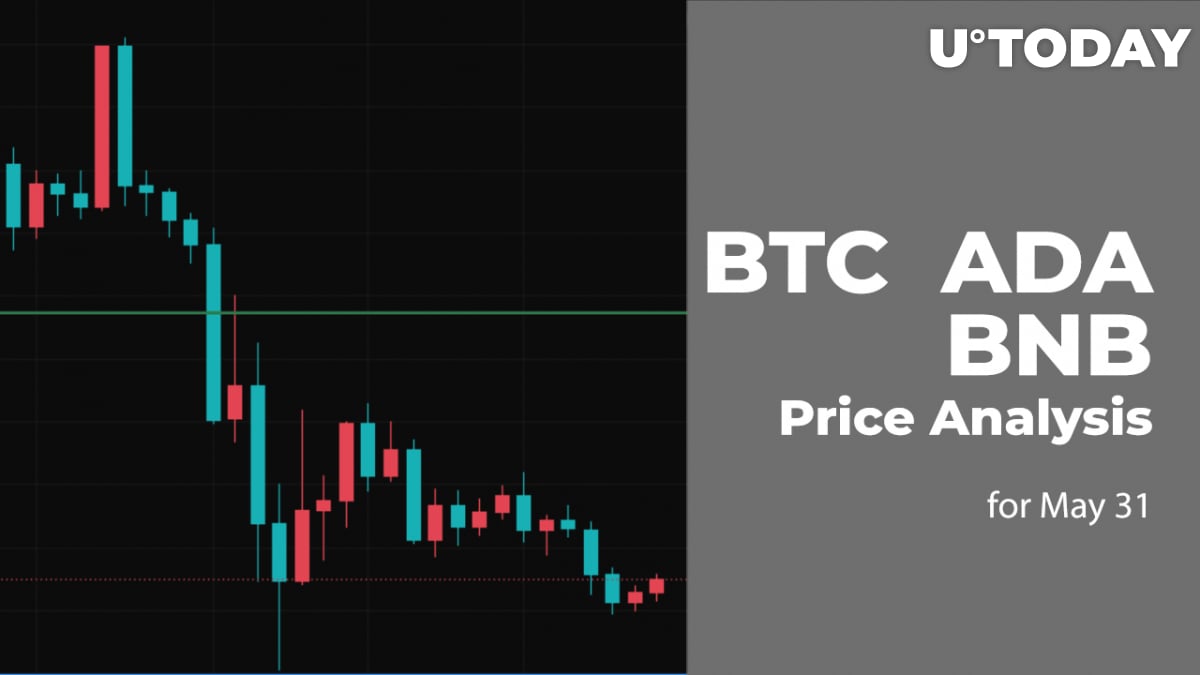 Bulls have continued the growth as most of the coins keep trading in the green zone. DOGE is the only exception to the rule, falling by 0.26%.

Bitcoin (BTC) is rising by almost 4% over the last day after it has successfully fixed above the $30,000 mark.

Bitcoin (BTC) is consolidating in the range of $31,500-$32,000 after yesterday's bullish candle. If the buying volume remains high and bulls can hold the initiative until the end of the day, the new month might start with the test of the resistance at $32,650.

Binance Coin (BNB) has grown the least from the list, rising by 1.20%.

Even though Binance Coin (BNB) is looking weaker than the other coins, the native exchange coin could come back above the important $300 zone. In addition, the price is located near the resistance level, which means that buyers are more powerful than bears at the moment. Thus, there is a high chance to see further growth to $320 in the next few days.

Cardano (ADA) is the biggest gainer today, rocketing by 15% since yesterday.

Despite the sharp growth, the rate of Cardano (ADA) has bounced off the resistance at $0.6856, which means that bulls are not powerful enough for mid-term growth. However, if the rate remains trading above $0.60 and the price starts consolidating near this mark, traders can expect a breakout, followed by an upward move to the $0.70 mark.