Denys Serhiichuk
How long can the main altcoins rise while Bitcoin (BTC) is trading sideways? 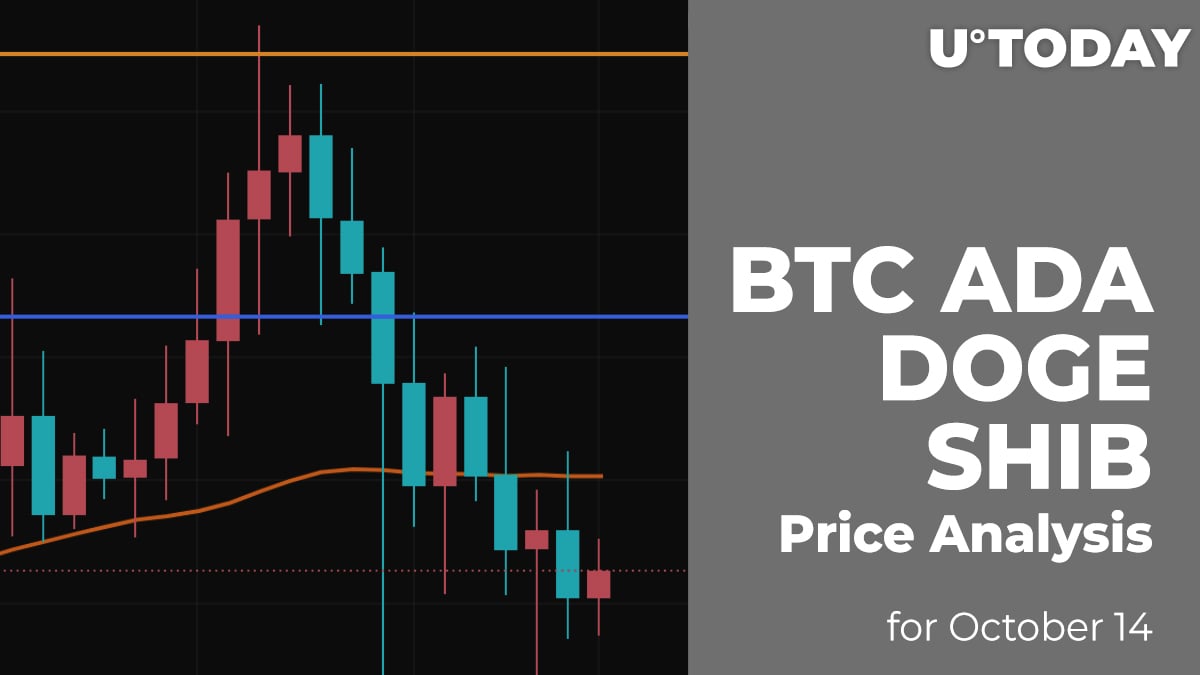 Bulls have continued yesterday's price rise, and all coins from the top 10 list remain in the green zone.

Yesterday morning, sellers pushed the Bitcoin (BTC) price below the $55,288 level, to the four-hour EMA55 area. During the day, the bulls, with great difficulty, brought the pair back to the 78.6% Fibonacci level. In the afternoon, they won back the lost positions from the bears on the approach with the resistance of $58,000.

Tonight, low-volume buyers decided to attack the impregnable line at $58,000. In the morning, the price pierced the blue resistance and marked a new October high at $58,550. Small volumes do not allow the growth to continue, and sellers easily rolled back the price below the resistance level. Now, there is a positional struggle on this border.

Cardano (ADA) has shown better performance than Bitcoin (BTC) with a price rise of 3.51%.

Despite the growth, Cardano (ADA) is still located in a wide range with no vivid bearish or bullish signals.

The neutral mode is also confirmed by the low trading volume. In this case, the more likely scenario is sideways trading in the range of $2.10-$2.30.

DOGE is also not an exception to the rule as the growth of the altcoin has constituted 3% since yesterday.

DOGE is trading similarly to Cardano (ADA) as it has not come back to the bullish zone yet. Moreover, it could not fix above the zone of the most liquidity around $0.25. That is why there is a high possibility to see the test of the support at $0.1940 one more time.

SHIB is the only falling coin today. It has declined more than 1% over the last day.

Today's fall has not been accompanied by a high selling trading volume, which means that the slight correction might be just a short fall to gain more power for continued growth. However, bulls are not ready yet to break the recently formed resistance at 3,528 satoshis. That is why sideways trading between 2,500 and 3,000 satoshis remains the more likely price action for the next few days.

SHIB is trading at 2,748 satoshis at press time.