Blockchain’s Transparency Could Put a Clear Sheen on Dirty Politics

Darryn Pollock
The murky world of politics has often turned citizens off with its hidden agendas and subterfuge, but the transparency of Blockchain could clear things up 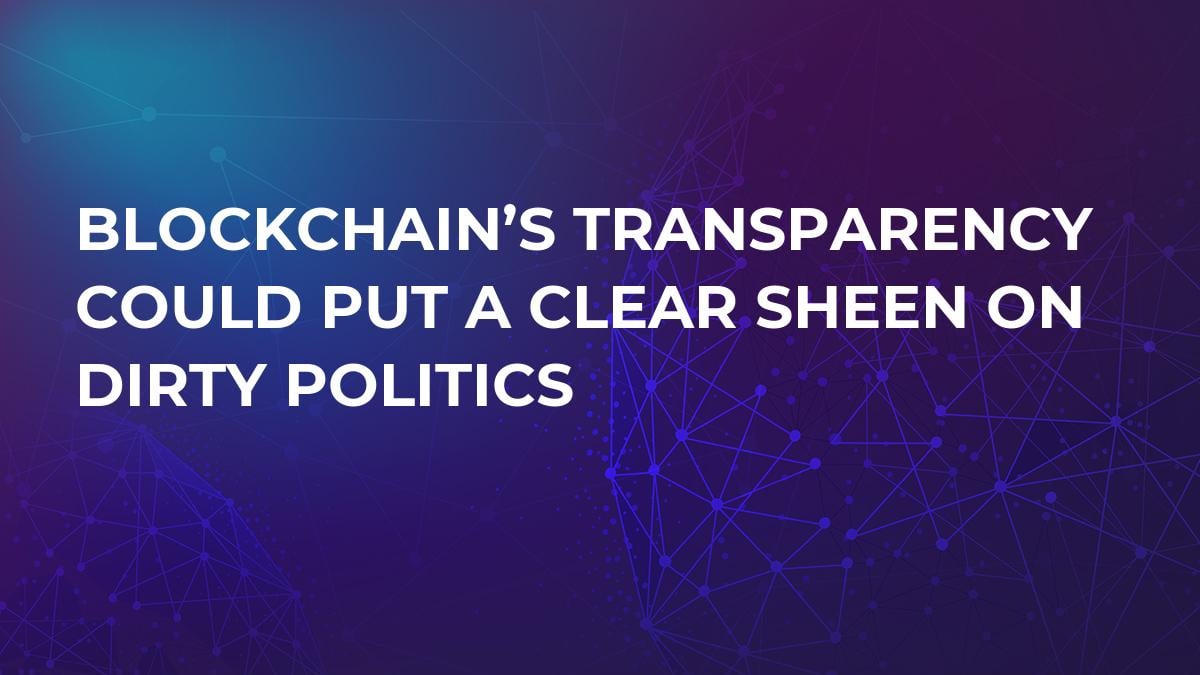 It sounds ironic that something like Bitcoin, with its underlying Blockchain technology, could be a powerful tool in the effort to clean up dirty politics. For so long, Bitcoin has been classed as a tool of the dark web with its anonymity, but, on the other side of things, its transparency could help ‘drain the swamp.’

There is a big drive for use-cases of Blockchain technology at the moment, and one area that has been strongly put forward is politics, not only in terms of accountability and transparency, but even to its core and the voting system.

Blockchain technology has many attributes that are missing in today’s political realms. It is easy for politicians to lie and manipulate their way through dodgy dealings, and even fix elections. But a brush of Blockchain transparency could change the face of global leadership.

An attorney for Daniels has now said he has additional evidence linking a Russian businessman to Trump’s personal lawyer, Michael Cohen. But this evidence will likely be again rubbished or denied. However, that would be a lot harder to do had there been an infrastructure of Blockchain technology where transactions are mathematically proven, an undeniable.

Money is the driving force of politics, and the mere fact that a Blockchain set up would allow anyone to have open and transparent access to a candidate, senator, or even president’s account would mean that accountability would be through the roof, while anonymity would still be able to protect privacy.

Getting in at the grassroots

Away from the top down politics, at the grassroots level of election and democracy, transparency is a key facet of free and fair elections, yet many elections are easily fixed. The method of paper ballots is woefully outdated and easily manipulated.

Blockchain again springs to mind as an answer and an upgrade to the process, there is a technology waiting to bring a much more efficient and fairer edge to voting, which in turn will lead to the right people coming into the job, to begin with.

Sierra Leone had an instance where a Swiss company ran a Blockchain election parallel to their regular one to show that it can be done, faster, and more efficiently, but also with full transparency.

While there may not be anything like this happening yet, there is enough evidence to suggest that maybe not the politicians per say, but the electoral committees and the independent voting organizations see a large opportunity to clean up the voting system.

It can only be a positive knock on effect as if the grassroots are made clear and transparent, and the dirty politics is taken out from the bottom, the overall effect will be a much clearer and cleaner global political system that brings back accountability.