Blockchains Already Outdated: Will DAGs Be the Next Big Thing?

Darryn Pollock
In the fast moving tech space, the revolutionary blockchain is already being updated and outdone, but are Directed Acyclic Graphs the answer? 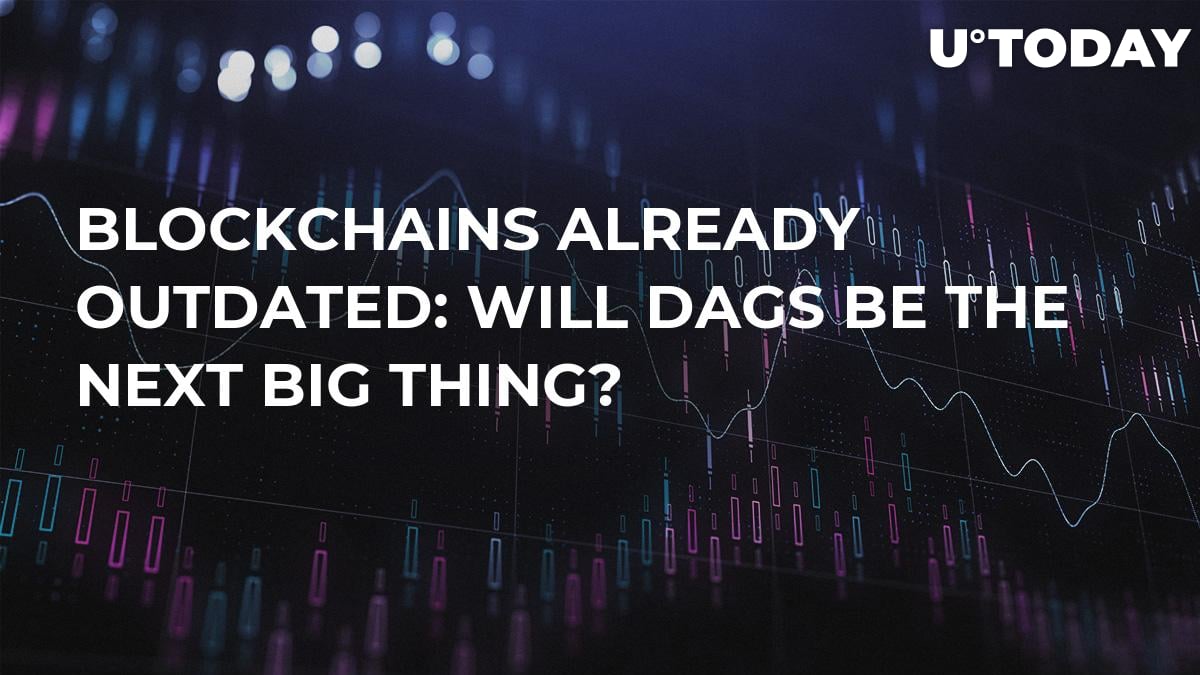 With Bitcoin, and thus blockchain, celebrating its 10th birthday not too long ago, it is interesting to note that some people believe that there is already a technology that can overtake the distributed ledger solution and do one better.

That technology is known as Directed Acyclic Graphs (DAG), and is already evident in a few well known cryptocurrencies that people trade and use all the time. The likes of Byteball and IOTA utilize this different form of distributed ledger technology which offers slightly different advantages.

However, is there any truth in the claim that DAG can be the next blockchain and ease some of the issues surrounding blockchain currently, such as scaling and the dreaded 51 percent attack? There is no doubt that it is an interesting alternative to direct blockchain and takes away proof of work and the miners associated with most cryptocurrencies, but is that necessarily a good thing?

Many feel there is a lot of promise and potential in DAG, but they forget just how useful 10 years of experience in a space is, and that is just what blockchain has at its back. And this is where Bitcoin evangelist Andreas Antonopoulos offers some interesting thoughts.

On a technical level, a Directed Acyclic Graph is a data structure that uses topological ordering. The sequence can go only from earlier to later, which is where the data-processing technology gets its blockchain similarities. Thus, in a DAG, there are no actual blocks of information; rather, the transactions are linked from one to another, meaning one transaction confirms the next, and so on.

This leaves DAG with no proof of work algorithm, thereby removing the need for members, which are so crucial to the running and growth of other blockchains, especially Bitcoin. There are of course many issues surrounding the mining industry of Bitcoin, with concerns about their own decentralisation due to the large pools, but there are also advantages that come with this and the proof of work algorithm.

The major benefit of this lack of proof of work for DAGs means that they manage to maintain immutability but are able to speed up transaction times; in fact, with no blockchains, and no miners, transaction speeds actually increase with more traffic on the network.

Scalability brings with it low transaction speeds and high fees, but it has been a problem for cryptocurrency users for some time now. This event led to the infamous Bitcoin Cash fork as they tries to scale Bitcoin in their own way.

So, with DAGs, there is no concern whatsoever about overloaded blocks, and slow transactions speeds, as the transactions simply follow after one another.

Additionally, a big issue with some smaller blockchains has been the threat of a 51 percent attack. When it comes to DAGs, the lack of mining power means that there cannot be an attack of this nature, and because the transaction order is spread out already, attempts at double spending will be caught and rejected immediately, as there is already a spread through the network.

It all sounds quite promising for a new generation of blockchain, alleviating the main problems of the last 10 years. However, as Antonopoulos explains, there is a problem that this even younger technology has when it comes to its core values as a distributed ledger.

Antonopoulos is not of the opinion that DAGs will be replacing blockchain anytime soon. In his mind, the proof of work algorithm that has been enacted by the likes of Bitcoin help make it resilient to coercion.

“I don’t think DAGs, Tangles or other formulations can replace a proof-of-work, decentralized blockchain. That is because proof of work brings specific and valuable characteristics that cannot be achieved with other consensus algorithms – at least no one has been able to demonstrate its scale at achieving those with other algorithms,” Antonopoulos said.

Antonopoulos also expresses concerns about the centralization and censorship to which DAGs can be subject:

“Immutability is a big issue there – the ability to change history without anyone noticing or without the recent entrants into the network being able to detect a false history from a true history.”

“But, more broadly, I think proof of work with anonymous participants in an open, decentralized network makes a cryptocurrency very resilient to coercion and to controlling regulations, as well as censorship. I think those are very important capabilities,” he concluded.