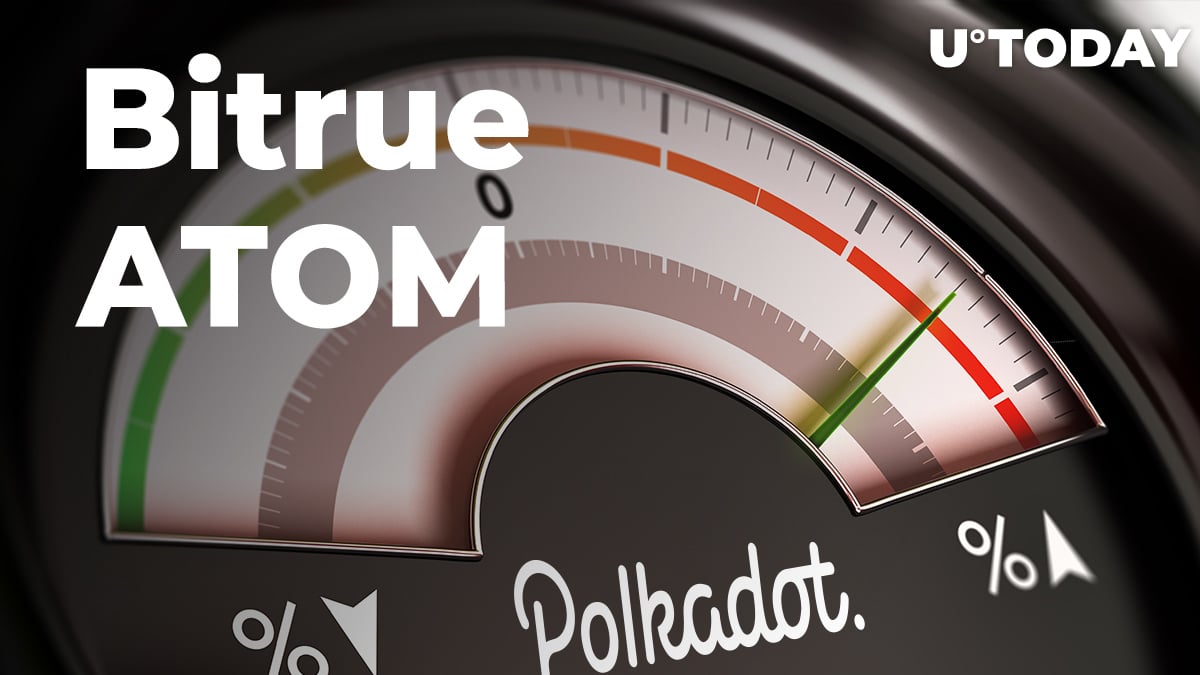 As was shared with U.Today, major asset management company and trading platform Bitrue has recently added Polkadot's DOT to its staking program at a high interest rate and is about to add the native token of Cosmos (ATOM).

The latter will be added to the staking program in just two days.

After adding DOT to its staking program with 7.3 percent APR on Jan. 6, the crypto exchange has announced the launch of ATOM staking at a 5.3 percent interest rate.

The latter will take off on Jan. 13. This has happened after three other popular altcoins had been added to staking: VET, ZIL and LINK. For a 30-day period of staking, these would bring their owners from seven to ten percent APR.

The press release states that these coins have been carefully chosen and proven to have great teams behind them, as well as high transparency. They have made great progress in achieving the goals set on their projects' road maps.

Bitrue expands its investment service to over 30 coins

After launching its crypto investment program called Power Piggy in 2019, Bitrue has increased the amount of coins participating in the program up to more than 30 and expanded the range of investment options customers can use.

DeFi protocols have also been offered to the exchange's clients. For example, Bitcoin, Ethereum and options with other major cryptocurrencies can yield stakers as much as 16 percent APR.

Bitrue has been in the market since 2018, offering financial tools based on cryptocurrencies to a wide range of customers in multiple countries.