Yuri Molchan
A major figure in the crypto industry predicts that Bitcoin will reach $1 mln in 2020, John McAfee even gives an exact date 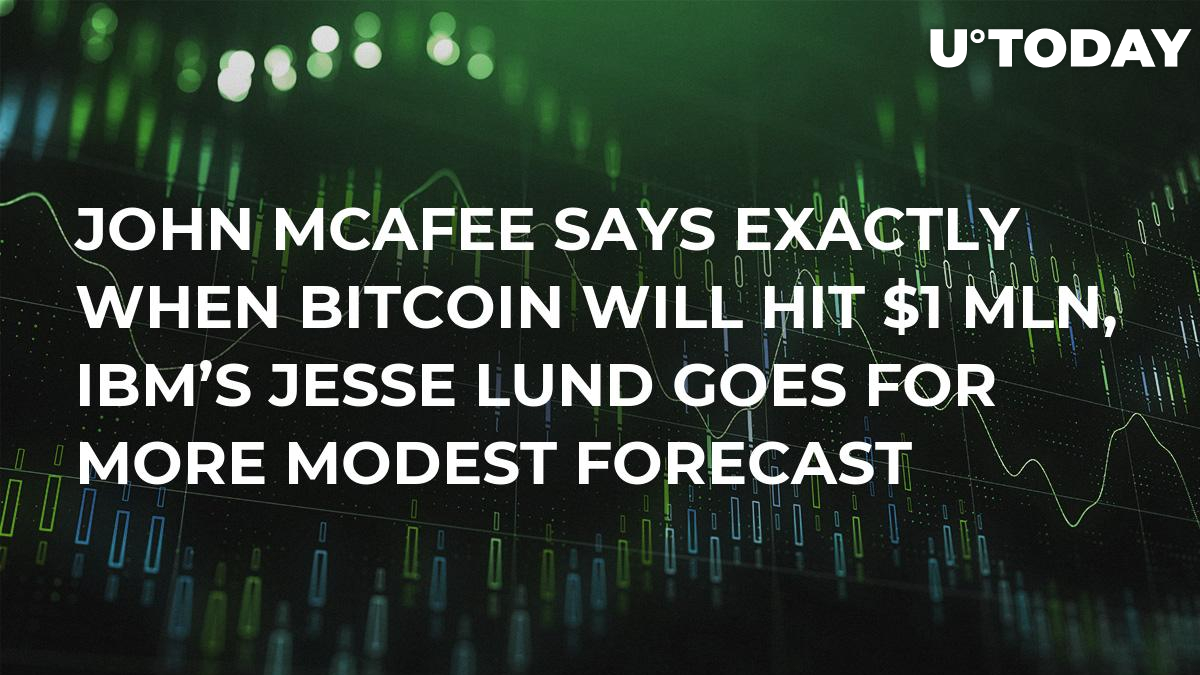 As 2019 is advancing, the Bitcoin rate is gradually rising too. This is giving grounds for various discussions and predictions. Some of them, given by leading figures of the crypto world are as big as a million USD. Everyone already seems to have forgotten the prediction of JPMorgan given earlier - $2,400.

The other day, John McAfee spoke about Bitcoin getting to be $1 mln once again. No dick eating on TV was promised this time.

IBM Blockchain got there first

It was John McAfee who first predicted Bitcoin to hit $1 mln. Now he has also given an exact date when this will happen – December 31, 2020.

However, McAfee predicted this after Jesse Lund had – the VP of IBM Blockchain. In an interview the other day, Lund also went positive on Bitcoin, saying that in his view BTC will reach $1 mln mark sometime in the future. He pointed out that this would give a total change for the world’s finance system.

Lund believes that when Bitcoin price turns $1 mln, then each Satoshi will be worth one penny. Thus the Bitcoin network will provide more than $20 trl of liquidity into the global economy and this promises tremendous changes to the world’s industry of financial services.

By the end of 2019, Lund believes BTC will reach $5,000 and he expects it to rise to the $1 mln level in the future, without giving any exact dates.

In the interview, Jesse Lund also spoke about IBM’s blockchain system for international payments – Blockchain World Wire – saying that it may support more than just one crypto coin. He named, Bitcoin and XRP but also stablecoins and virtual tokens emitted by central banks.

The new payment system intends to work in over 50 countries and offer 30 or 40 crypto coins for customers to use. It plans to cooperate with about 3 or 4 dozen international banks.

The company plans to roll out their network to operate around the whole globe within three or five years.