Yuri Molchan
Cardano has announced that its native token, ADA, has been listed on the major crypto exchange Bitfinex; this is another step toward ADA mass adoption 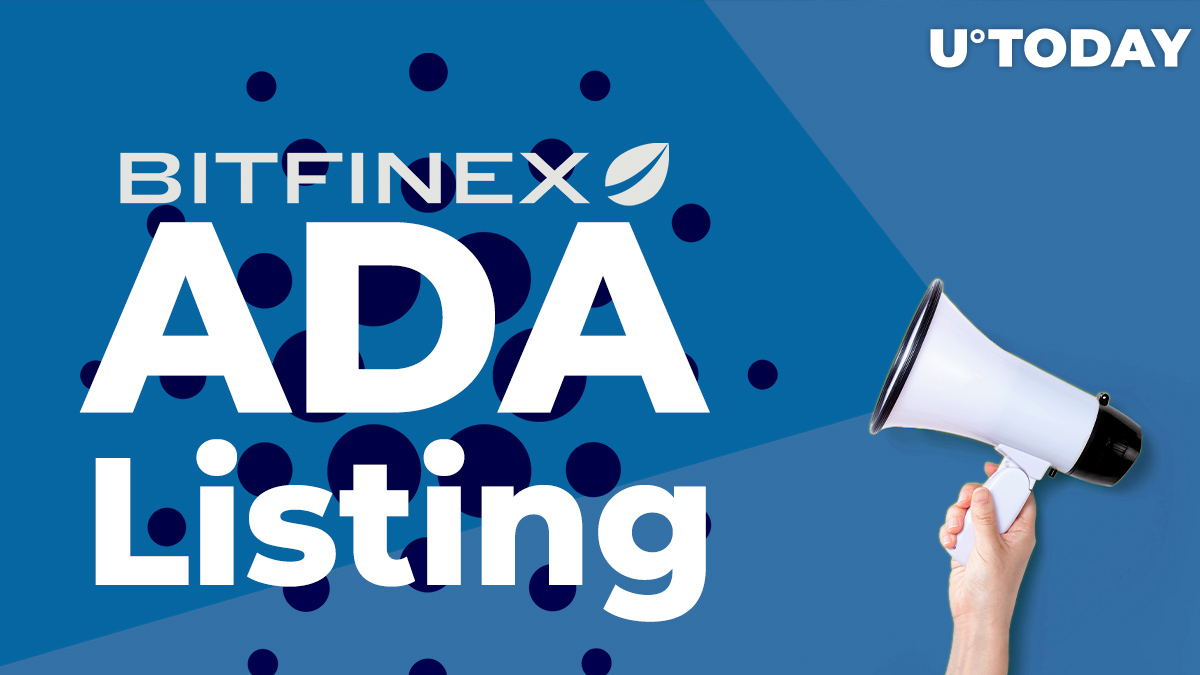 In a press release shared with U.Today, the Cardano Foundation announced that its native cryptocurrency. ADA, is finally going to be listed on the major global exchange, Bitfinex.

The team also spread the word about it on their Twitter page.

By opening access to ADA via USD, Bitfinex promises to become one of the easiest platforms on which to buy ADA without having to purchase any other crypto.

Bitfinex CTO Paolo Ardoino has called the listing of ADA a major natural step for the company since they have always wanted to offer ADA to their customers.

About a week ago, on July 31, Cardano finally rolled out the long-awaited Shelley code upgrade. This hard fork opens the way for the adoption of smart contracts, dapps and full decentralization in the future.

Cardano founder Charles Hoskinson stated that, after Shelley, ADA will be the best cryptocurrency out there since it will finally be able to offer users what Bitcoin promised initially but never delivered on.

Related
Cardano Score May Be Updated, Weiss Ratings Says, on the Following Terms

As reported by U.Today on Thursday, the Weiss Crypto Ratings agency also commented on this event.

Its analyst stated that the rollout of Shelley has not changed the high rating given to Cardano by the agency. However, if Cardano achieves increased usage and gets its fundamentals improved thanks to Shelley, then the platform’s rating is likely to be updated.