Bitcoin to $50,000 Says Arthur Hayes, But as Long as it Stays Volatile

Darryn Pollock
BitMEX CEO Arthur Hayes has made a big Bitcoin prediction of $50,000 by the end of the year, but it is the general volatility that excites him 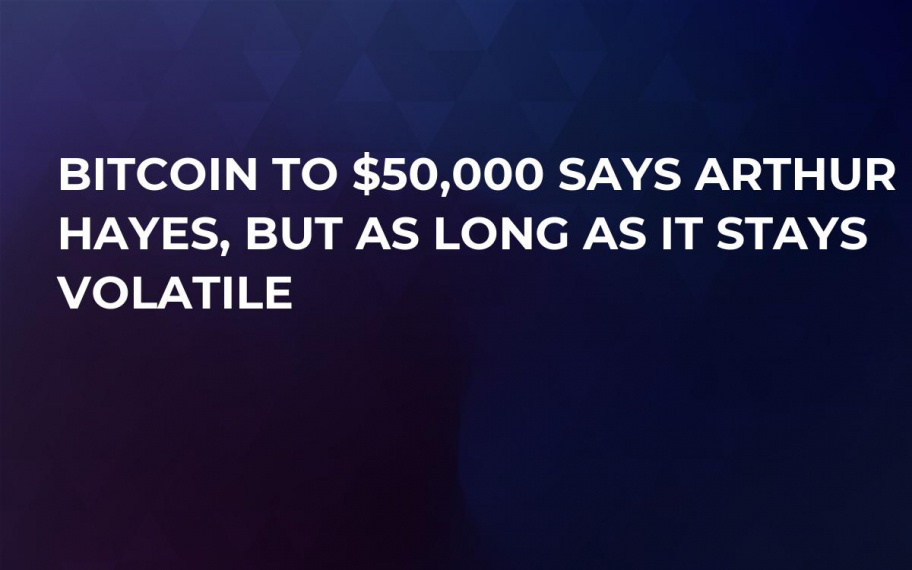 Arthur Hayes, the CEO of BitMEX, a Bitcoin mercantile trading platform, had predicted Bitcoin price to reach $50,000 by the end of the year. However, he isn’t too fazed if it hits that or not, rather showing his interest in the volatility that Bitcoin brings to the trading markets.

Volatility is something that many investors and financial institutions want to see the back off when it comes to Bitcoin’s price, but for Hayes and BitMEX, it is vital and part of what makes the digital currency so exciting to traders.

Bitcoin has grabbed the headlines since it made its big break into the mainstream because of its ups and downs, which are unprecedented in any asset class. However, the flipside is that many think its adoption is slowing as the steep drops scare off investors.

For Hayes, his prediction is $50,000, but he told CNBC's Melissa Lee that he does not care if it reaches that or not, he just wants the volatile rollercoaster to continue.

“I am a volatility trader at the end of the day,” Hayes said. “We make our money if it is volatile. If it goes up or it goes down, if you have Bill Gates calling it a fraud, then short it- I don’t care. Or, if you think it is going to be one mln dollars in a few months, great! Buy it, still don’t care, we just match trades.”

However, even though Bitcoin is prone to jumps and falls of over 25 percent a day, its swings seem to be getting smaller and less frequent as more and more investors enter the market.

This is seen as positive news for most traditional investors, as the speculative nature and the accessibility of the digital currency means that investors can enter and exit the market very quickly and easily.

A slowing of volatility this means that those investors who are still nervy of the losses they could experience after gratefully accepting the gains, will not leave the asset in a hurry.

However, without the volatility that has been seen thus far, the same volatility that also saw Bitcoin more than double in price in a matter of weeks to $20,000 last December, many investors would not be interested in the digital currency- including Hayes.