Darryn Pollock
Bitcoin owners may have to literally watch their backs as criminals are targeting them in the non-virtual world. 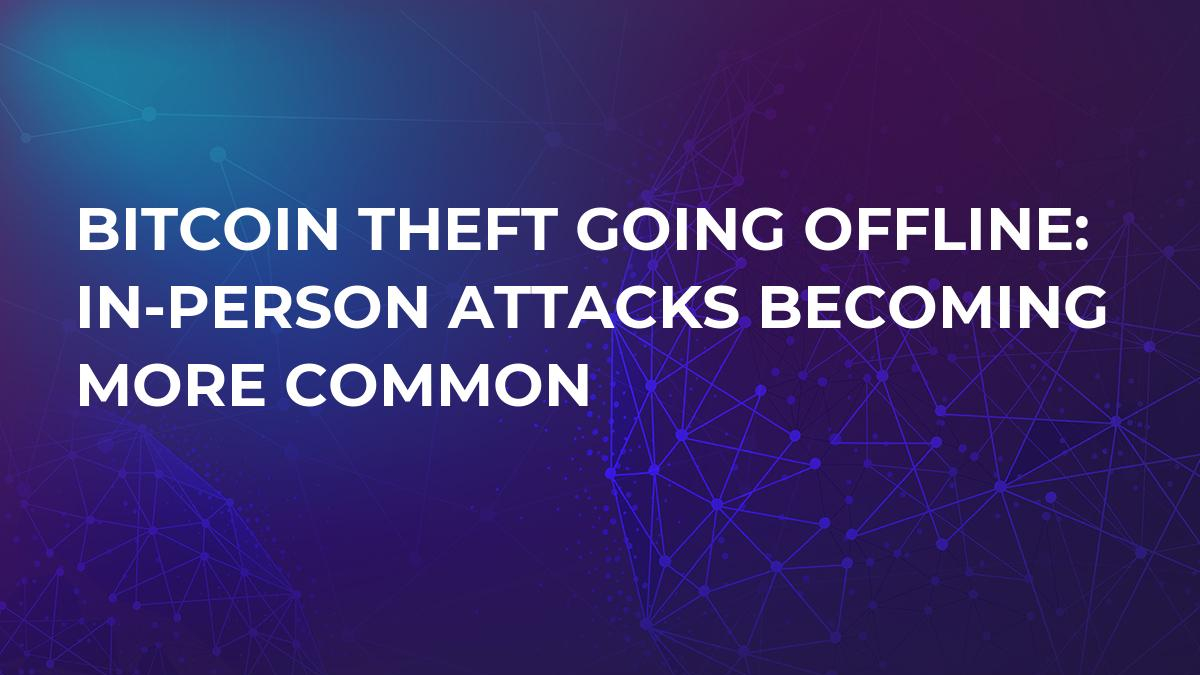 There is an understanding with Bitcoin owners that hackers and thieves lurk online where their digital currencies are stored, and there is a level of danger and potential risk that comes from this asset.

However, there are more and more spates of in-person attacks occurring where Bitcoin owners are being confronted by people and forced to transfer their Bitcoins to the thieves’ anonymous wallets.

There has been such a focus on building protection for cryptocurrency owners online, that some thieves are simply circumventing it by going old-school and attacking people face on, forcing them to part ways with their digital currencies.

There has not been as much coverage of in-person Bitcoin thefts as there have about hacks and other methods of taking Bitcoin off people illegally, but there has been a few instance in the recent past.

In a beach resort in Phuket, Thailand, in January, thieves held captive a Russian man in his apartment until he logged onto his computer and transferred about $100,000 worth of Bitcoin to an online wallet they controlled.

Even more high profile people have been faced with in-person attacks aimed at stealing Bitcoin.

Chief Executive of a UK-based Bitcoin exchange called EXMO, Pavel Lerner, on leaving his offices in Kiev, was kidnapped just After Christmas last year and held ransom for a fee of $1 mln Bitcoin.

A month prior to that, in Turkey, a businessman was forced to hand over the passwords for his virtual wallets which contained in excess of $3 mln. He was stopped by an armed gang in his car, in Istanbul.

These thefts are still rare and mostly one-off instances that are simply aimed at a valuable commodity. Instead of jewels and money, thieves are a little more sophisticated in targeting those who are known to be virtual currency-rich.

These one-off hits pale in comparison with the multiple wallets that are usually attacked when entire exchanges are targeted by hackers, leaving thousands of people out of pocket.