Andrew Strogoff
Bitcoin up, other cryptos down, those are the results of Thursday’s price fluctuations 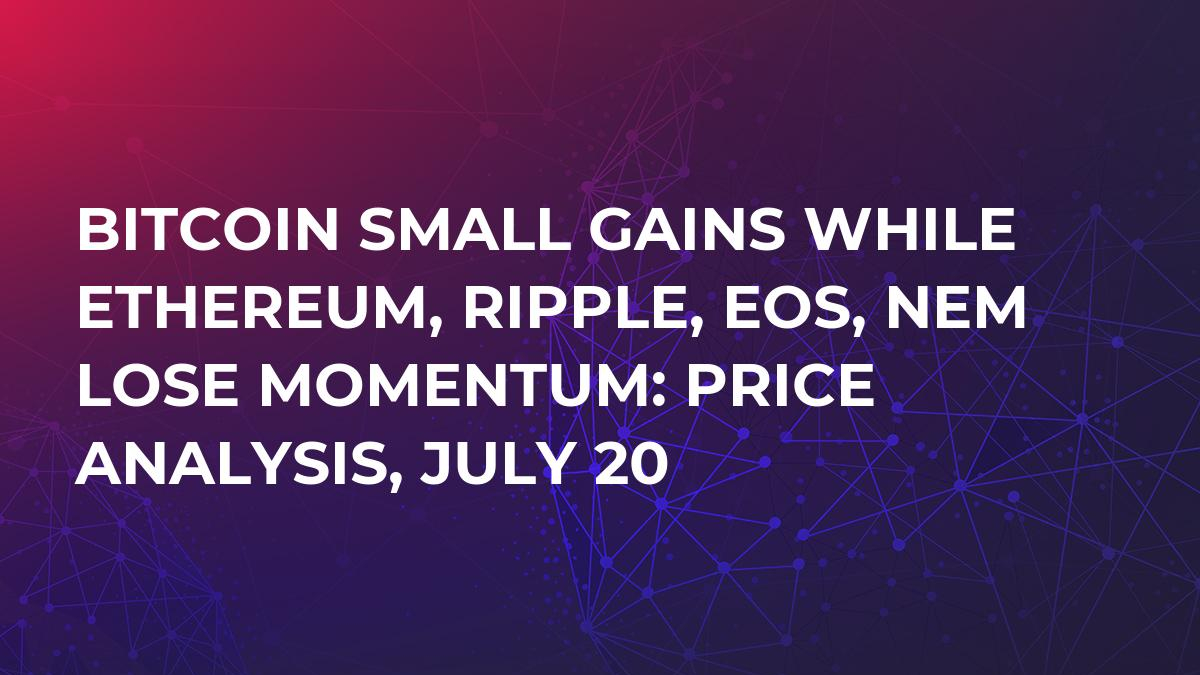 Hello, everybody. This is Andrew Strogoff and we are going to take off again. Bitcoin is a single crypto from this five to make small gains in the past 24 hours. The others develop their corrections, which are even deeper than I thought previously.

However, as I can see now, the market is still bullish and once investors gain volumes, they will be able to make another bullish run towards new targets.

As for the news, there is still nothing to fuel trends, but I think I can share with you some interesting ideas. First, EOS has a confirmation of 2,822 transactions per second which is much higher than at Bitcoin and Ethereum networks. This figure surpasses even Ripple network results. It is to mention that transactions speed has reached 2,000 operations per second just a couple of days ago.

Another interesting news comes from WEX exchange. They have started to perform a repair works and suspended all withdrawals. The most interesting thing there is that WEX has higher cryptocurrency rates than other exchanges. BTC’s price, for example, was around $9,200 there but went downwards and reached $8,700.

I personally love to call Bitcoin a reserve crypto in this industry as it reminds me of USD in the world of fiat money. The majority of transactions is conducted in BTC and at the moment I see that investors are running from altcoins and fuel Bitcoin price. 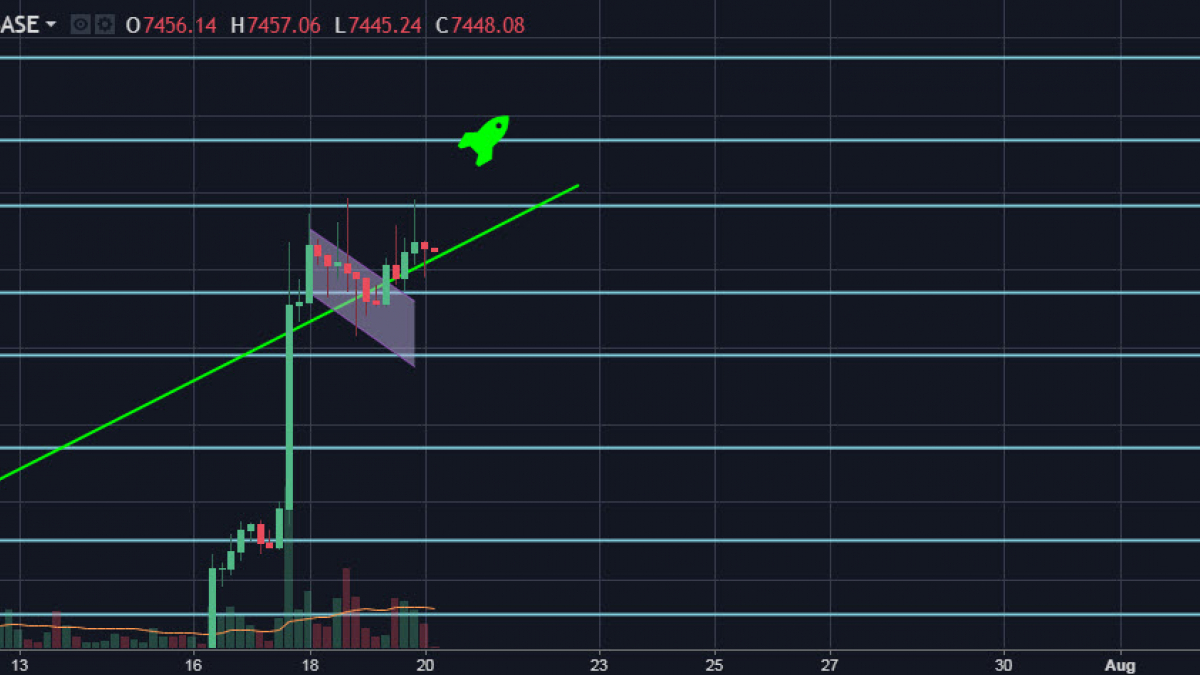 Bitcoin has reached the support area at $7,341 on Thursday but failed to develop this correction and moved higher. I think that there are two reasons for that. The first one means that bulls have ended a correction and have started off for new tops. The second is that investors are running away from the altcoins via BTC/USD.

Anyway, I think that BTC/USD looks promising currently and I have some targets above current levels. As you can see, BTC price is above the ascending trend line meaning bulls have control over the market. My trading idea for the next couple of days looks the following: BTC/USD is likely to break through the resistance area at $7,565 and move higher targeting the next resistance at $7,734 where the green rocket is.

If any alternative scenario possible? I think yes, as we don’t know whether investors are running from altcoins or from the whole board of cryptocurrencies. We will see it soon.

Ethereum loses momentum as we had a negative tendency in the past 24 hours. I’m far from thinking that this upside tendency that we have seen at the beginning of the week is done, but the correction seems to be deeper than predicted. 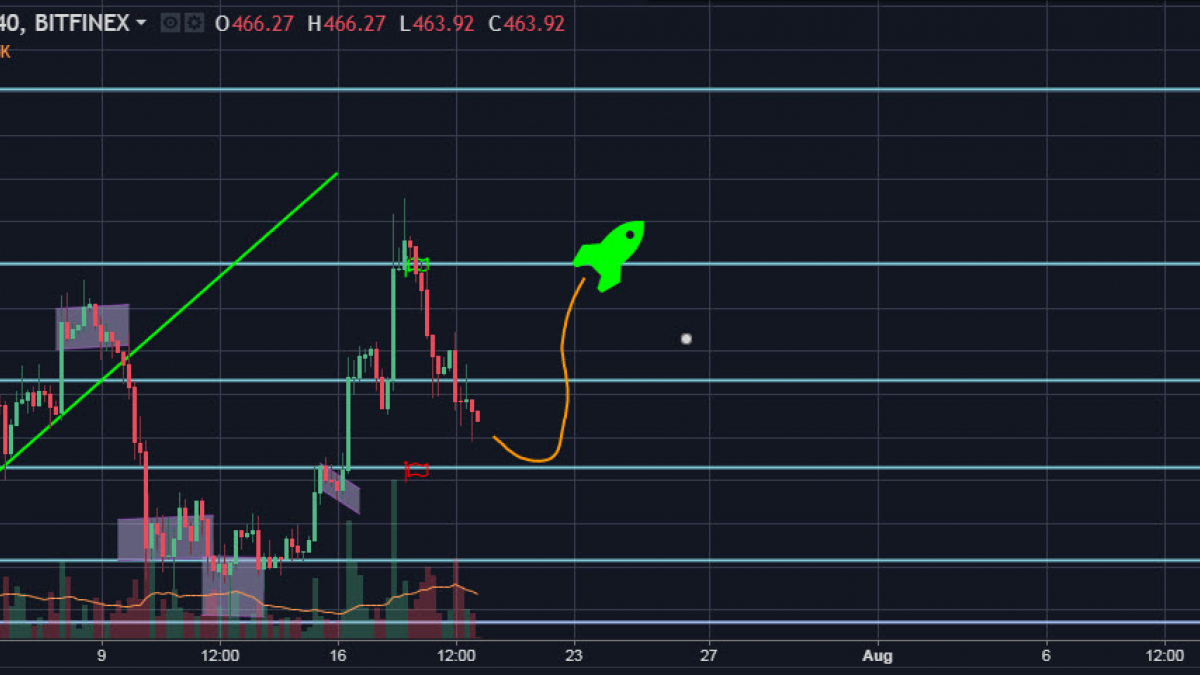 Ethereum has reached my targets at the beginning of this week, but then reversed and moved lower. The currency pair has reached the support area at $473.39 and seems to break through it. I think that the currency pair is able to reach another support area at $453.24 before going higher. However, this reverse may happen even before touching this level.

In my personal opinion, Ethereum has targets higher at $500.36 at least. However, ETH price will reach them in a couple of days. I am almost persuaded that this bullish holiday will go on. However, currently, it is hard to be 100 percent sure in this.

Ripple develops its bearish correction as well. The currency pair reached my targets at the beginning of this week, but reversed later and moved lower. I’m far from thinking that this is the end for the bullish trend, however, I have an idea, that XRP price is likely to move a bit lower before taking off. 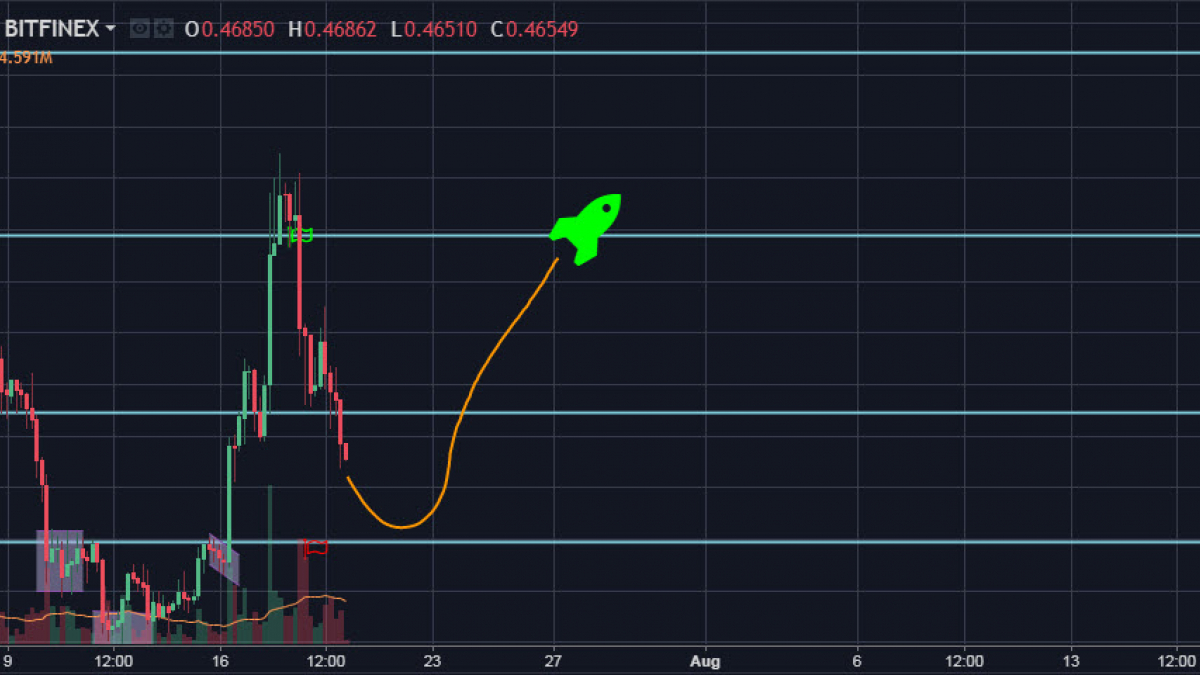 As far as you can see, I have set lower targets as compared to my previous review. It does not mean that I have changed my opinion, but I think we have to reach those targets first before going higher. I see no signals currently and I think it is time to pay more attention to the level.

My main trading idea is the following: I think Ripple is going to reach the support area at $0.4495 before going higher. I recommend, by the way, to pay attention to the situation when XRP price reaches this level. Any reversal price action signal like a hammer or engulfing (or even doji) will be good signs for bulls.

EOS looks frustrating at the moment, but I think that this is still a correction and bulls will be able to regain control over the market. The news is good for EOS as the number of transactions within the main net increases. 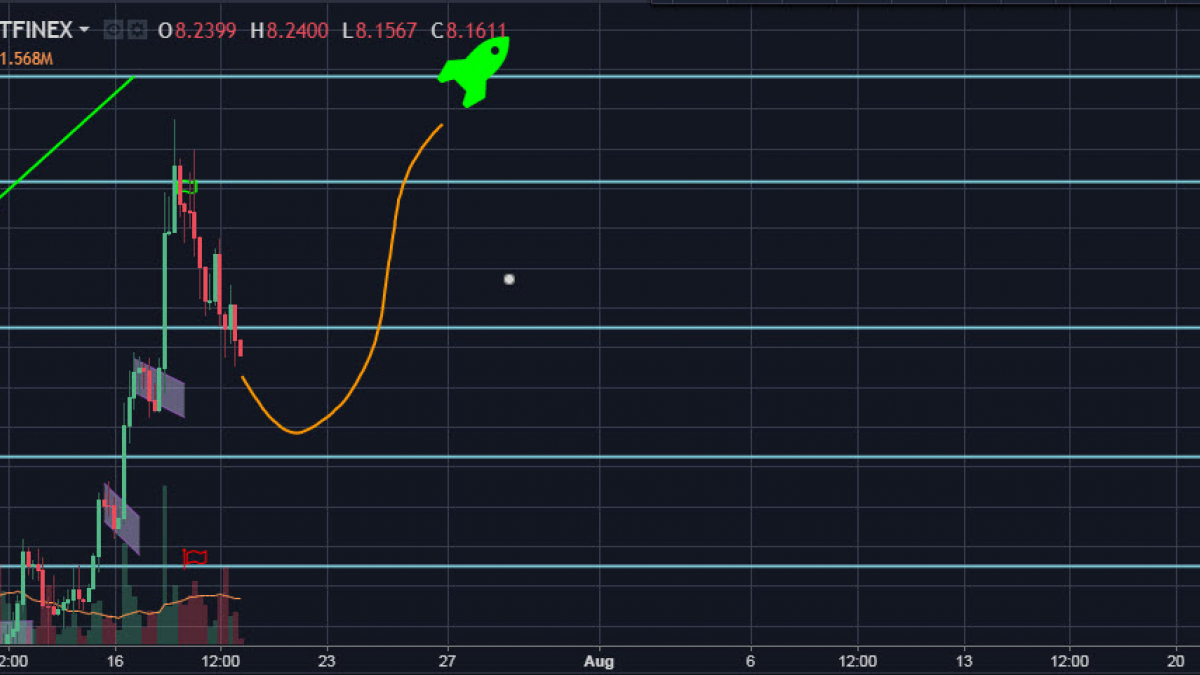 I have placed my big green rocket lower. Yes, I had to do this because the market situation has changed. However, I’m still sure that the bulls have the capacity to change the situation in the nearest future. Let me explain what I have drawn on the chart.

I have set my bullish targets lower as NEM develops a deeper correction frustrating my expectations. Anyway, I think that we will see some interesting events in the next couple of days. So stay tuned and follow the chart situation. 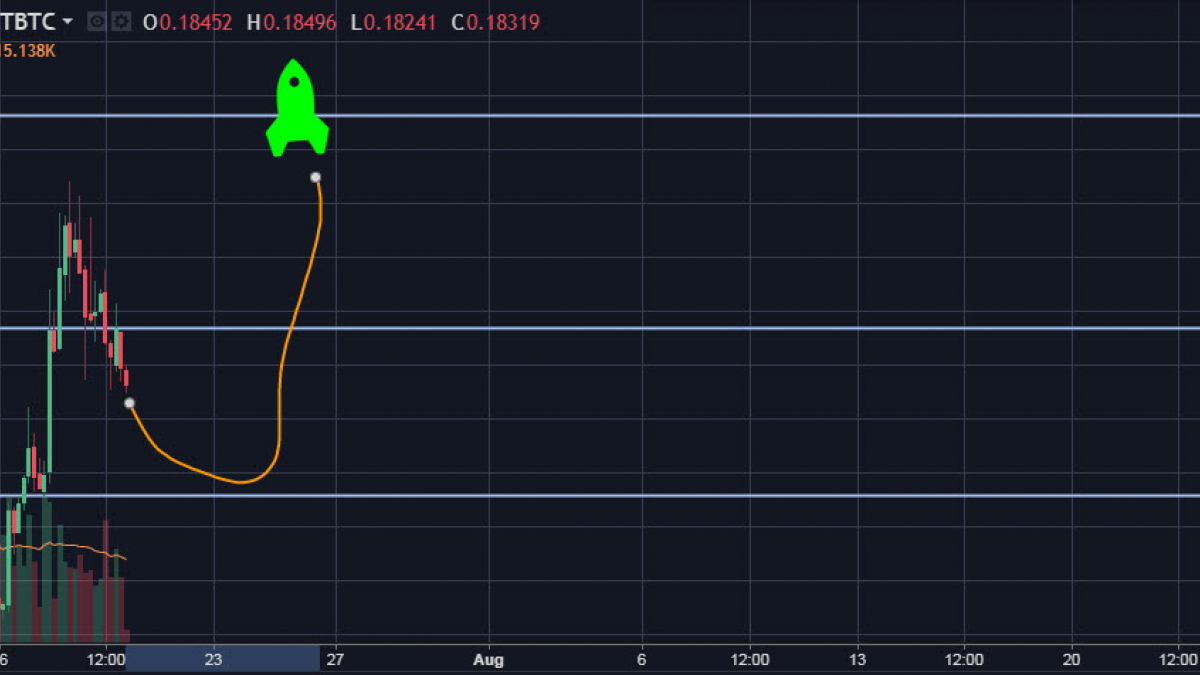 XEM/USD has reached my targets at the beginning of this week, but reversed later and started a correction. Anyway, my main trading idea is the same. I still believe that the currency pair is likely to resume its uptrend. However, I expect XEM price to touch the support area at $0.1729.
As for my bullish targets, I think NEM is likely to reach the resistance level at $0.2082.