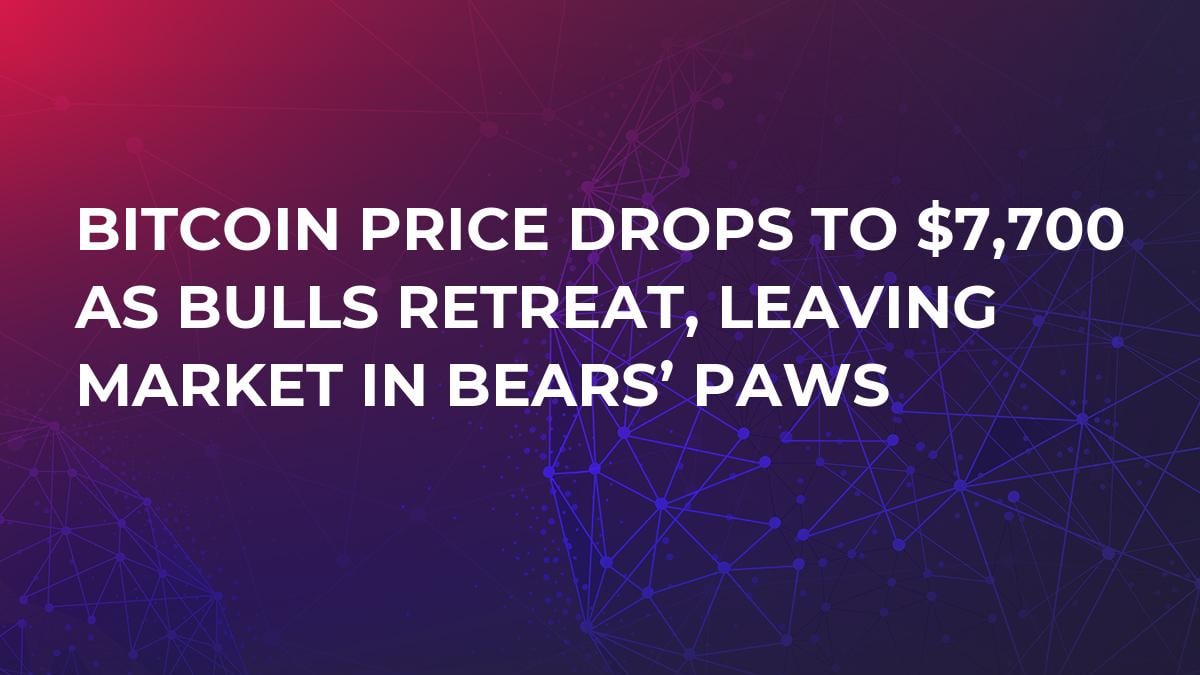 Exactly one week ago, on March 7, the bears struck a crippling blow to the market and launched a chain of events, the results of which we see today. Can such mathematically timed intervals between attacks be coincidental? We can’t know for sure, but we can surmise with a high degree of certainty that this is a planned diversion aimed at the minds and wallets of investors.

As usual, the drop in the market was attributed to negative news. Yesterday, it was Google's ban on advertising associated in one way or another with cryptocurrencies and ICOs.

In addition, US Congress held a meeting on the topic of market regulation. And while the results of the SEC and CFTC meeting on Feb. 6 were neutral to positive, which helped the market turn around, in this case the congressmen’s rhetoric was leaning neutral to negative.

Factoring these two pieces of news into the expert opinion of Goldman Sachs analysts and the general uncertainty in prices, what we get is a wave of panic sales that tear down protective stop-loss orders and plunge the market deeper into the abyss.

As a result of the panic, Bitcoin price fell by 15 percent within the day, the total capitalization of all assets fell by $60 bln to the level of $315 bln, and Bitcoin dominance increased to 42.5 percent, setting a new record.

The prices of altcoins are falling even farther and faster- in the top 10 the declines ranged from 17 to 25 percent. Only Litecoin is holding up better than the rest, losing “just” 11 percent.

Due to the bears’ victory, Bitcoin price at the time of writing is $ 7,700. In yesterday's review, we wrote about the importance of support in the region of the lower boundary of the ascending channel. Despite all efforts of the bulls, who fought bravely and did not let go of the price to the very last (on the chart we see an attempt to turn around and go back to the channel at the level of $8,700), the support was broken. However, readers who heeded our advice on Tuesday and set stop loss orders slightly below the support level should be able to feel safe now.

Further, the price behaved in exact accordance with our predictions and rushed to the nearest support level- $8,200, which coincides with the last big volume accumulation in the current formation and the value of the 0.618 Fibonacci retracement.

At this point, the snowball has already gained mass, so the buyers couldn’t stop the decline, although attempts were being made. This is indicated by the long lower shadow of the four-hour candle from the level of $7,900.

It is worth noting that the February correction and the current correction have an important difference, while in February there was little demand for sales offers, now we see big player interest starting already from $9,200.

We’ve known the next decline target for a while now- it is $7,200, and it coincides not only with the 0.786 level but also with the lower boundary of the descending parallel channel. If this level fails too, the Goldman Sachs forecast may become a reality, and we risk seeing an update of the February lows.

Litecoin is holding up really well both in comparison to its altcoin brothers and the underlying asset, trading at $150. However, it is important to realize that no single coin can be considered in isolation from the market, so the maintained levels can collapse with a thud at any moment.

For now, the price is moving inside the descending channel, marked in red. Although the lower boundary of the channel acts as a support and coincides with an important mirror level, its dangerous proximity to the current values ​​does not promise reliable protection.

In case of breaking through the support, the next decline target, determined by the 0.382 Fibonacci retracement, is $138. For Litecoin, this value roughly corresponds to the value of $7,200 for Bitcoin. Further on, sellers are faced with desolation and February lows.

Among the traders, there is a popular joke that “altcoins are bottomless.”  Of course, this is less typical for coins in the top 10, but there is a grain of truth in every joke, and in this particular joke there is quite a lot of bitter truth. Therefore, we continue to closely monitor the price of the main asset and look for the first legitimate signs of market reversal.