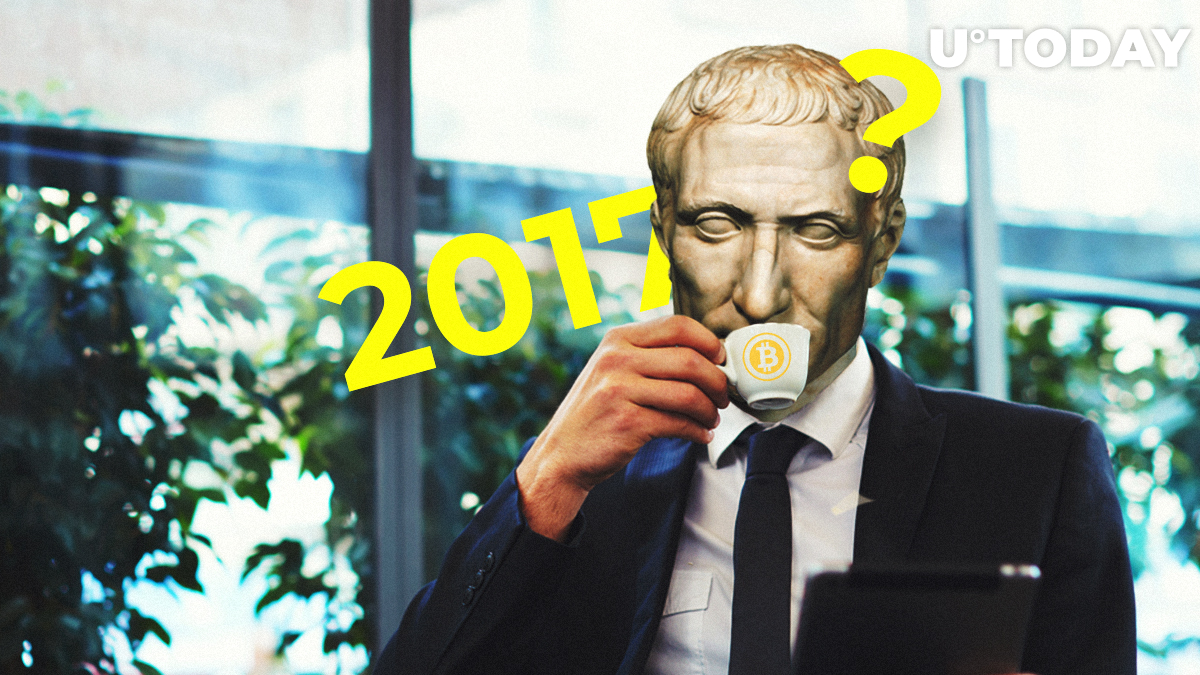 It is strange to think that, in October 2017, Bitcoin was starting something big as it crossed the $5,000 mark for the first time and was quickly gaining momentum. Now, in April 2019, we are at the same price area, but are we at the foot of something similar?

Bitcoin was on its way to $20,000 based predominantly on speculation and investor excitement. That same speculation caused a bit of a price bubble to burst and the figure to fall as low as the $3,000 mark.

So, as we see Bitcoin overtake $5,000 again, are we set to repeat history, or is this going to be a different type of rally based on the advancement of the technology itself?

The October 2017 $5,000 mark came about mostly because mainstream adoption was starting to build and more and more people were hearing about Bitcoin, and getting involved in it. The news was full of success stories and because of its ease of access and lack of exclusivity, people flooded into the market.

From active Bitcoin wallets to those joining the crypto community through the likes of the r/Bitcoin subreddit, the number of new people in the space has risen substantially. It may have ebbed and flowed because of the bear market of 2018, but it has been on the rise substantially since the first $5,000 breakout.

The influx of people also meant an influx of pressure on the blockchain. Bitcoin Cash spawned just before Bitcoin took off, and it was supposed to be a way to scale the cryptocurrency. Instead though, SegWit came to be, and it gained traction quick.

But recently, for the first time, daily median transactions per block, excluding Coinbase activity for SegWit-based transactions, reached over 1,000 on March 30, 2019. Activated for Bitcoin in August 2017, the SegWit scaling upgrade was meant to help change the way data is stored on the network.

Speaking of scaling, another off-chain solution has come to be since the last time $5,000 was hit as Lightning Network continues to grow on Bitcoin's blockchain.

Real-time statistics show that Lightning transactions have now surpassed $5 million in capacity. Its use is expected to improve Bitcoin adoption, including for merchants who seek to accept the cryptocurrency as a means of payment. In 2017, the Lightning Network was not available in the space.

If we are to take historical chart movements seriously, this quick rise over $5,000 is a very positive thing. The timing is right for Bitcoin to rally again after 2018’s bear market, but this time it has a lot more weight and importance behind it, meaning this rally could be more than just speculation based.