Vaido Veek
Bitcoin makes a small recovery but it is on the “Rising Wedge,” Monero (XMR) shows some positive signs and our mentioned NEO was yesterday one of the top gainers 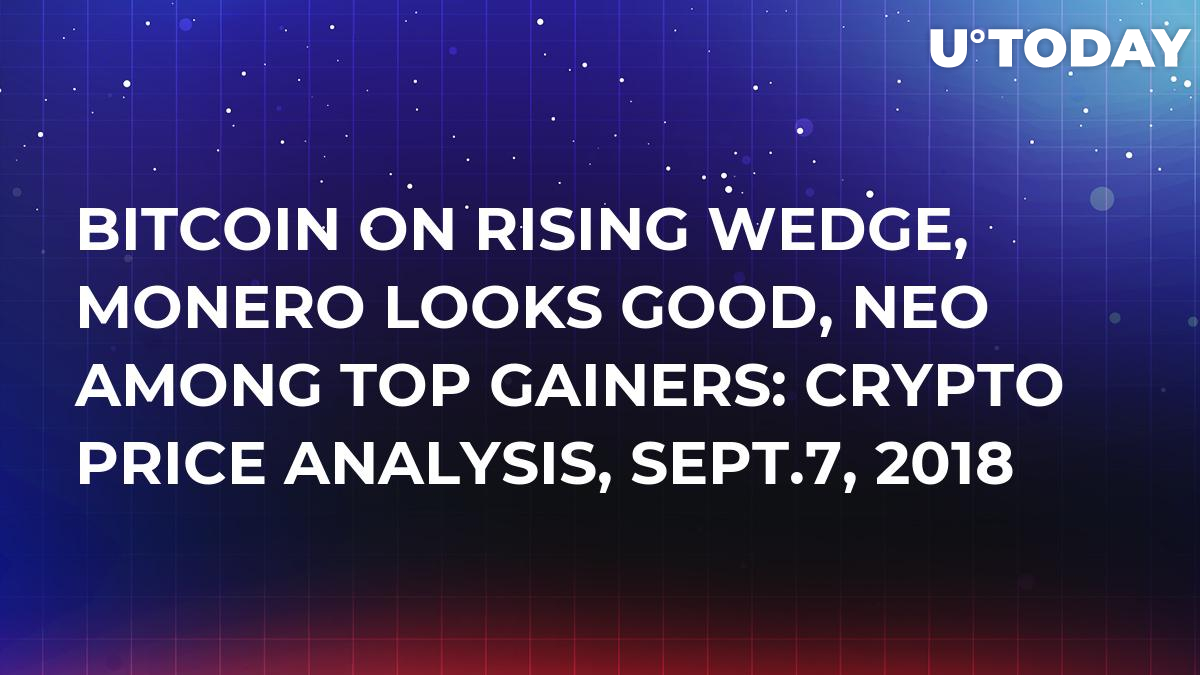 Bitcoin started to make a small recovery and so have alts

Currently, Bitcoin starts to make a recovery but definitely nothing remarkable because we dropped -$1,100 and we have made recovery +$200. At the moment, it moves slowly upwards and a positive sign is this that the daily candle closes above the strong area $6,509. In August, the $6,500 area was very hard resistance to beat but after many attempts it was successful and now the old resistance becomes a support. 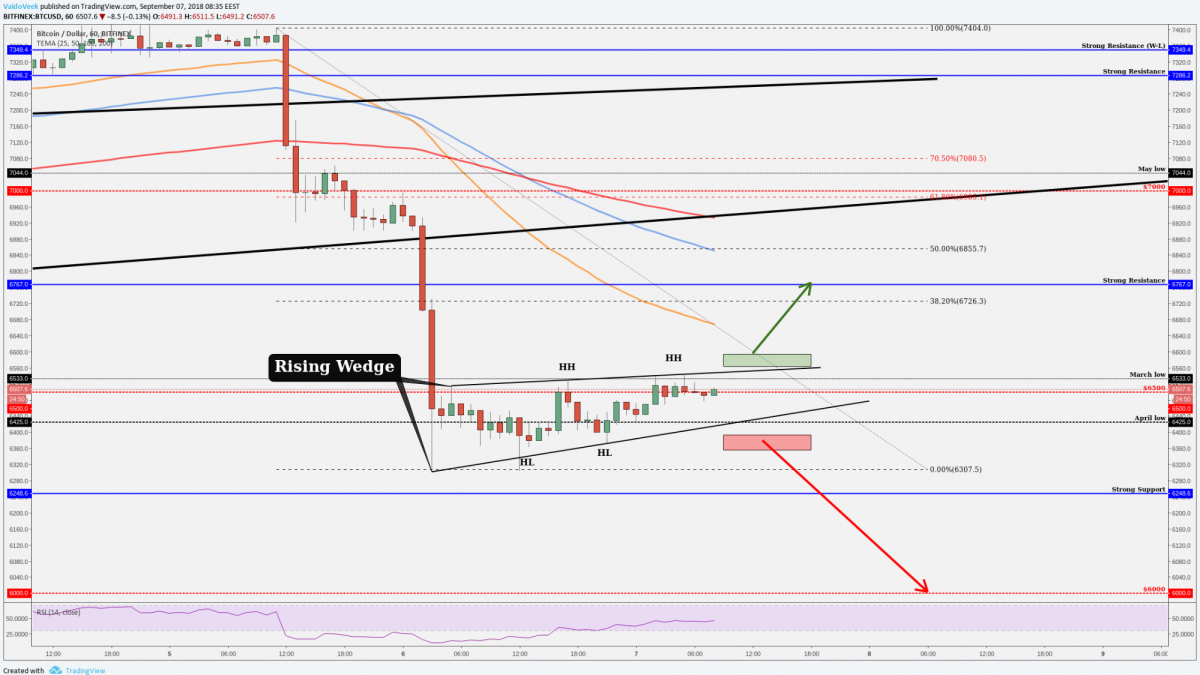 Like you see on the one-hour timeframe, we start to make new short-term higher highs and higher lows on the important level.

Currently, it looks good but those HH's and HL's starts to form a continuation pattern "Rising Wedge" which will indicate the future direction. If it breaks below the lower trendline then it's simple, we follow the trend, which is down and continuation pattern starts to work correctly and the first bigger target would be around $6,000 but if we make a breakout upwards then we might go and retest the $6,767 area. This area is also historically very strong and it would require a lot of power to break above but there are also other criteria:

Let’s look at how altcoins have reacted after Bitcoin’s small recovery.

Monero (XMR) looks good but it all depends on Bitcoin

The day before yesterday, Monero was down 22 percent but Bitcoin finds a support from the strong area and after that, we saw a nice upwards movement from Monero. 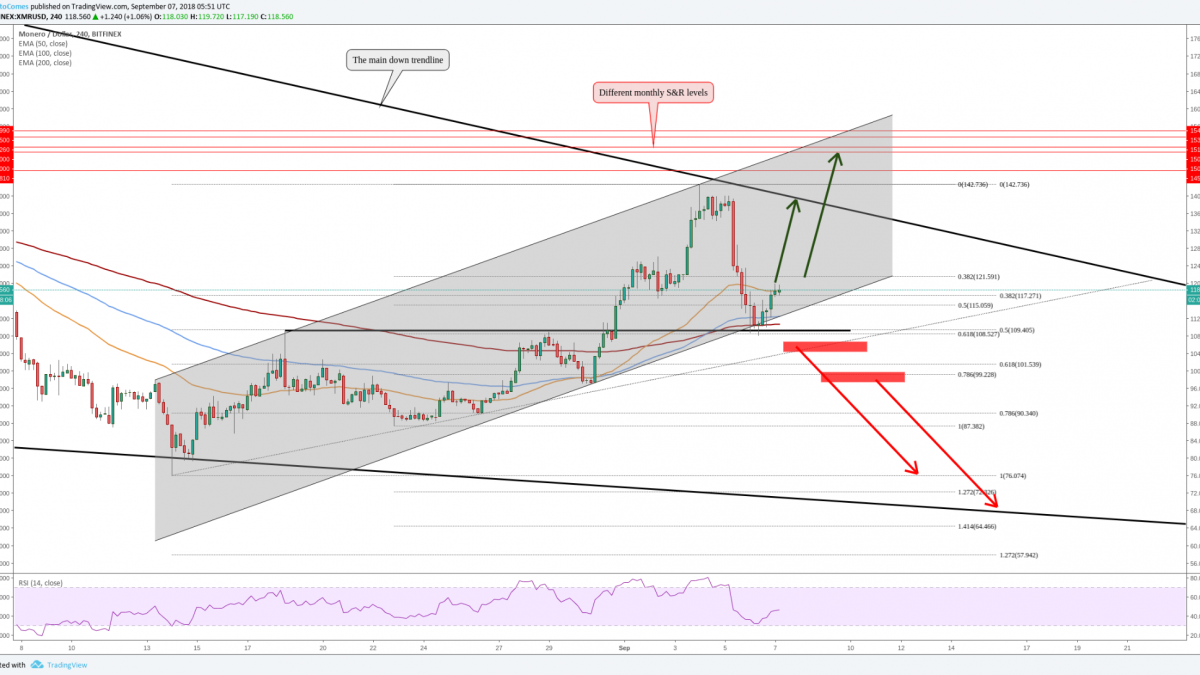 Technically the bounce came from the strong price levels where are several reversal criteria:

2. In the three-hour and the four-hour chart we could see that EMA 200 works as a support

6. We are in the higher high area

So, technically Monero can continue climbing up, but all depends on Bitcoin: if it breaks above the “Rising Wedge” then Monero will follow. The starting platform is very good and the first target would be the major trendline touch above us. If it breaks above the trendline then there are several red lines, those are monthly lows and monthly highs and that makes the $150 very hard to beat.

“...if BTC finds the support from the current price then NEO will follow suit because it looks solid compared to others altcoins.”

Those are our words from yesterday’s market overview. Bitcoin found a support and NEO start to climb higher. NEO was one of the biggest climbers on the top coins list because like we said the platform looked pretty solid to starting the climb upwards compared to other alts. 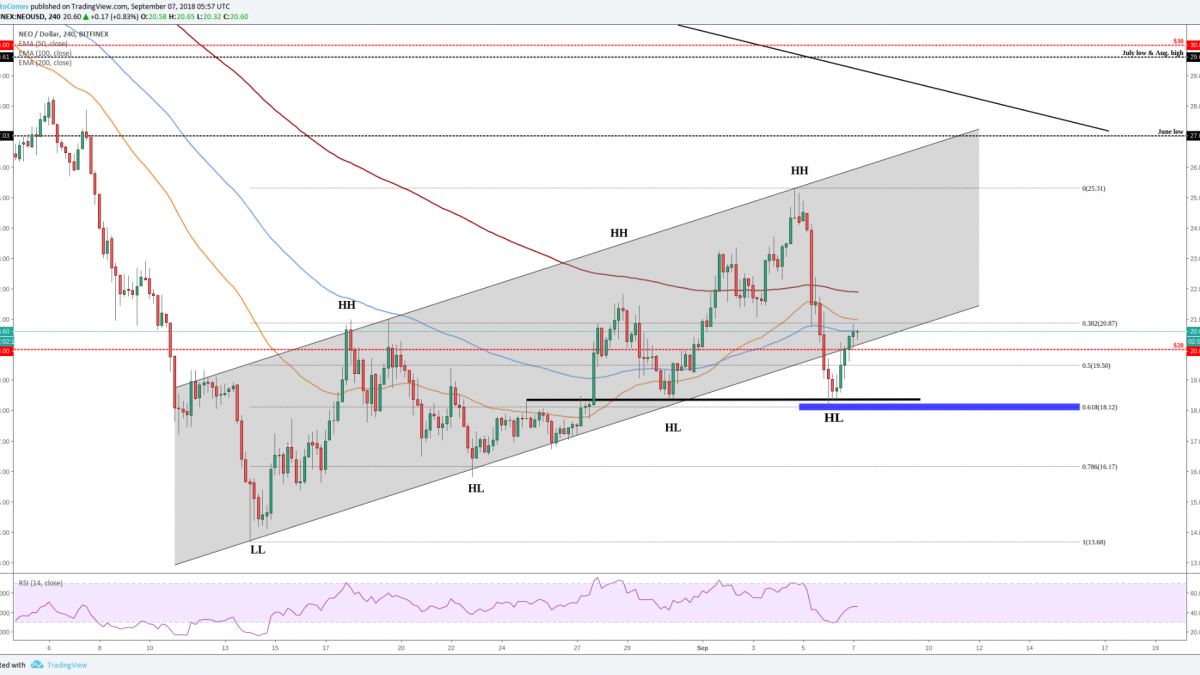 Now, the current price is above the round number $20 and we are back in the upward channel. NEO price structure stayed positive even after the panic and currently it made a new HL which is a very good sign.

If the market stays healthy, without pumps and dumps, then NEO chart shows to us that we have almost a resistance-free area between $25-$27.

A close below $18 confirms a lower low and in addition, we have a change in the price structure which will indicate that we may come down and retest the $13 area.