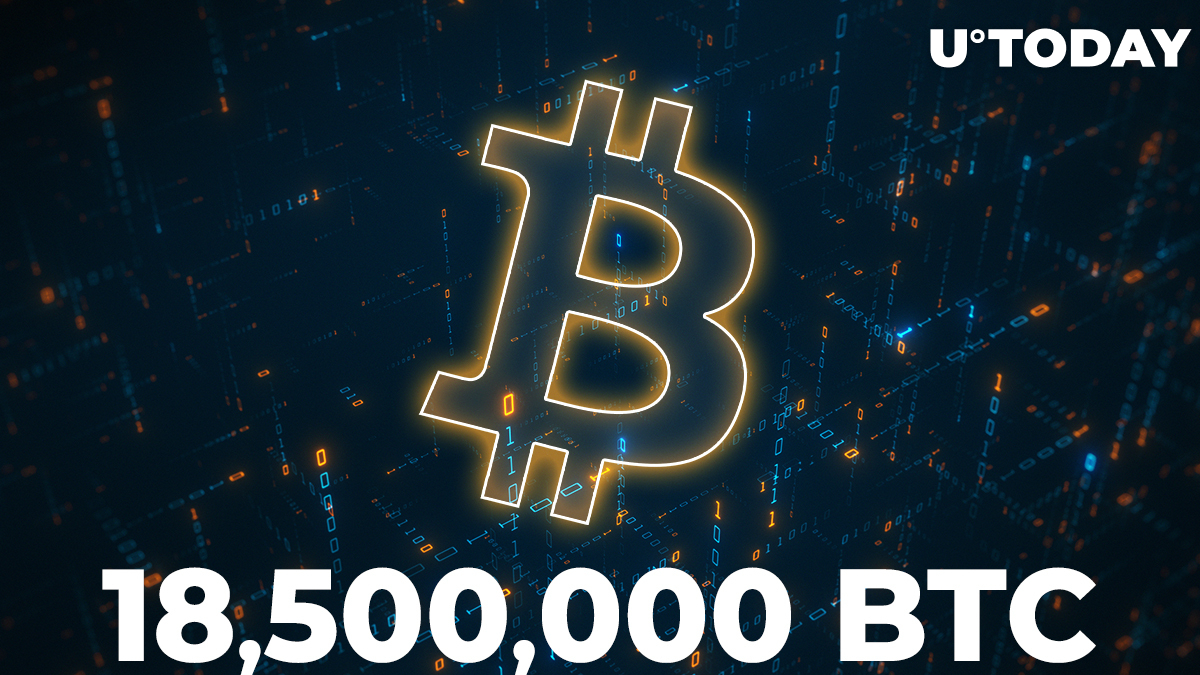 Bitcoin’s total circulating supply has surpassed a major milestone of 18.5 mln coins, according to CoinMarketCap data.

88 percent of all coins that will ever exist in circulation have already been mined.

The first Bitcoin block — which is known as the “genesis block” — was mined by Satoshi Nakamoto, the pseudonymous creator of the world’s largest cryptocurrency, on Jan. 3, 2009.

Its coinbase parameter contains the now-famous The Times headline about ex-British chancellor Alistair Darling considering a second bailout for banks. Another peculiar thing about block 0 is that the 50 BTC reward subsidy it received is unspendable.

Bitcoin’s circulating supply crossed the 1 mln coins mark on Jun. 24, 2009. At that time,  BTC was still worth basically nothing since it wasn’t trading on a single exchange.

As reported by U.Today, the flagship cryptocurrency kicked off its fourth era on May 11 after its 630,000th block got mined. Miners now receive 6.25 BTC for each block they solve.

The final Bitcoin block is expected to be mined no earlier than 2140, meaning that none of today’s BTC holders will be alive when that happens unless Peter Thiel comes through with his anti-aging technology.

In the meantime, digital asset management Grayscale, increased its Bitcoin position by 17,100 BTC over the last week.