Bitcoin Levels Out at $6,600 After Almost Hitting $7,000 Following Tether Turmoil

Darryn Pollock
Amid a lot of concern around stablecoin Tether, Bitcoin shot up to nearly $7,000 but has now found its place comfortably around $6,600 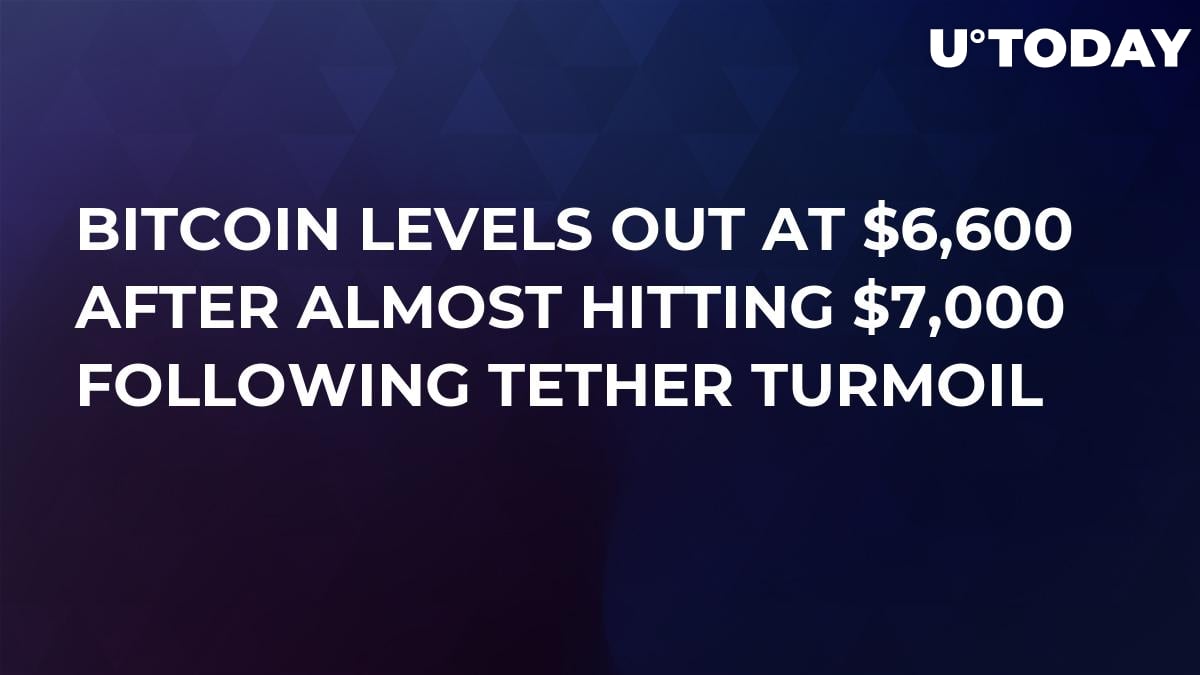 Controversial stablecoin Tether this week felt the effect of a true loss in confidence as the coin allegedly pegged to the value of the US Dollar lost its affixation to that price. The effect of this was a major boost for the traditional cryptocurrencies, including Bitcoin which nearly topped $7,000.

Bitcoin’s price has now settled back down from that spike but is significantly higher than where it was trading before. The major cryptocurrency was trading steadily sideways for near on five days at a price of around $6,200. After its spike that saw it reach $6,948, it seems to have found a home around $6,600.

The rest of the market also moved with Bitcoin and away from Tether, with Ripple and Ethereum both showing some good gains over the last few days.

A reaction to Tether

It’s grander effect was to see a Bitcoin premium to appear in crypto-only exchanges, inflating the price of Bitcoin. In fact, on Bitfinex, the exchange behind Tether, Bitcoin peaked at $7,500.

However, Tether’s price has now stabilized back to being just about worth a dollar again. This has stabilized the market somewhat and seen Bitcoin find a new price of $6,600, but it also has boosted the trading volume of the major cryptocurrency.

According to Coinmarketcap, the daily trading volume of Bitcoin has increased from $3 bln to $7 bln in the past 24 hours. ShapeShift’s CoinCap.io also demonstrated a two-fold rise in the volume of BTC, from $2 bln to $5.6 bln.

“Closed at resistance. Might be getting a retrace today. I’m generally leaning bullish so I’m not shorting the way down, I’m waiting at support to re-long. Would love to get a daily close at the top of the green box,” cryptocurrency technical analyst DonAlt stated.

With the stabilization of Bitcoin’s price, most of the market is showing sideways movement with small gains or losses which are mostly negligible.

However, XRP has still gained two percent from its spike and is showing a bit of an upward growth. Lower down the market cap rating there are some big gains for smaller coins. DigixDAo is up 18 percent along with Aurora, but there is also a 10 percent loss for Digitex futures.